The official Gothic franchise Twitter account posted a New Year’s message to fans, with a surprise photo attached. On it you can see the hybrid console Nintendo Switch, which launched “Gothic 2”. 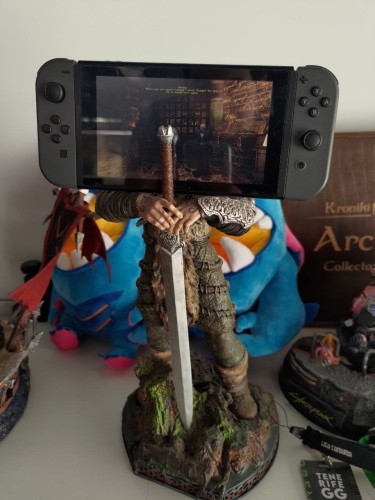 The letter itself indicates that pleasant surprises await players in the coming years. Therefore, we can assume that very soon at least the second part of the cult role-playing series will be released on the specified console. Let’s hope that the first and third parts will also visit it. True, problems may arise with the latter, given the fact that even on a PC it still does not work quite stably.

Recall that right now a remake of the very first Gothic is in production. The Alkimia Interactive team is working on its creation. Unfortunately, the game’s release date has not yet been revealed.

The fight between Lomachenko and Haney has been agreed, but there is a nuance with the date

An insider called the approximate timing of the release of Senua's Saga: Hellblade 2

BMW: Starting the engine via smartphone costs over 100 US dollars per year