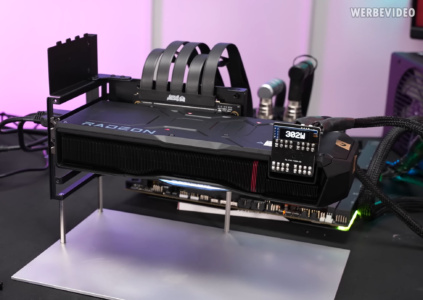 Owners of the new AMD Radeon RX 7900 graphics cards have encountered a problem – their devices may become excessively hot in some cases. So, with a vertical and horizontal arrangement of the device, the temperature indicators could differ markedly.

To determine the cause of the problem, user Der8auer tested four video cards in various installations. He tested each instance under load for 10 minutes. At the same time, it was found that when installed horizontally, video cards heat up more and faster. In addition, in landscape orientation, the cooling system of devices runs at higher fan speeds and makes more noise. For example, when installed horizontally, the fan speeds were “much higher” at 2000 RPM compared to 1700-1800 RPM in vertical mode. 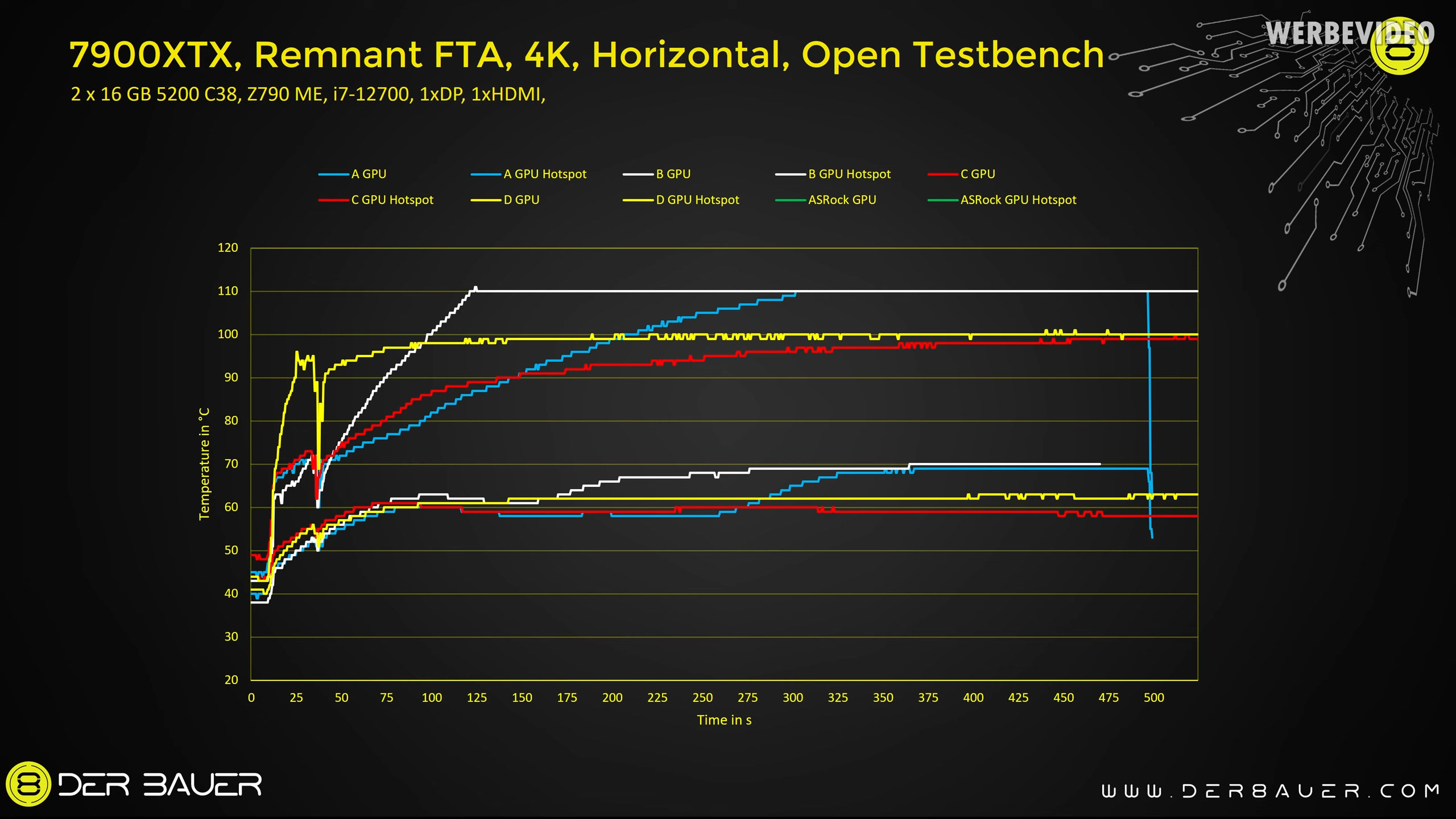 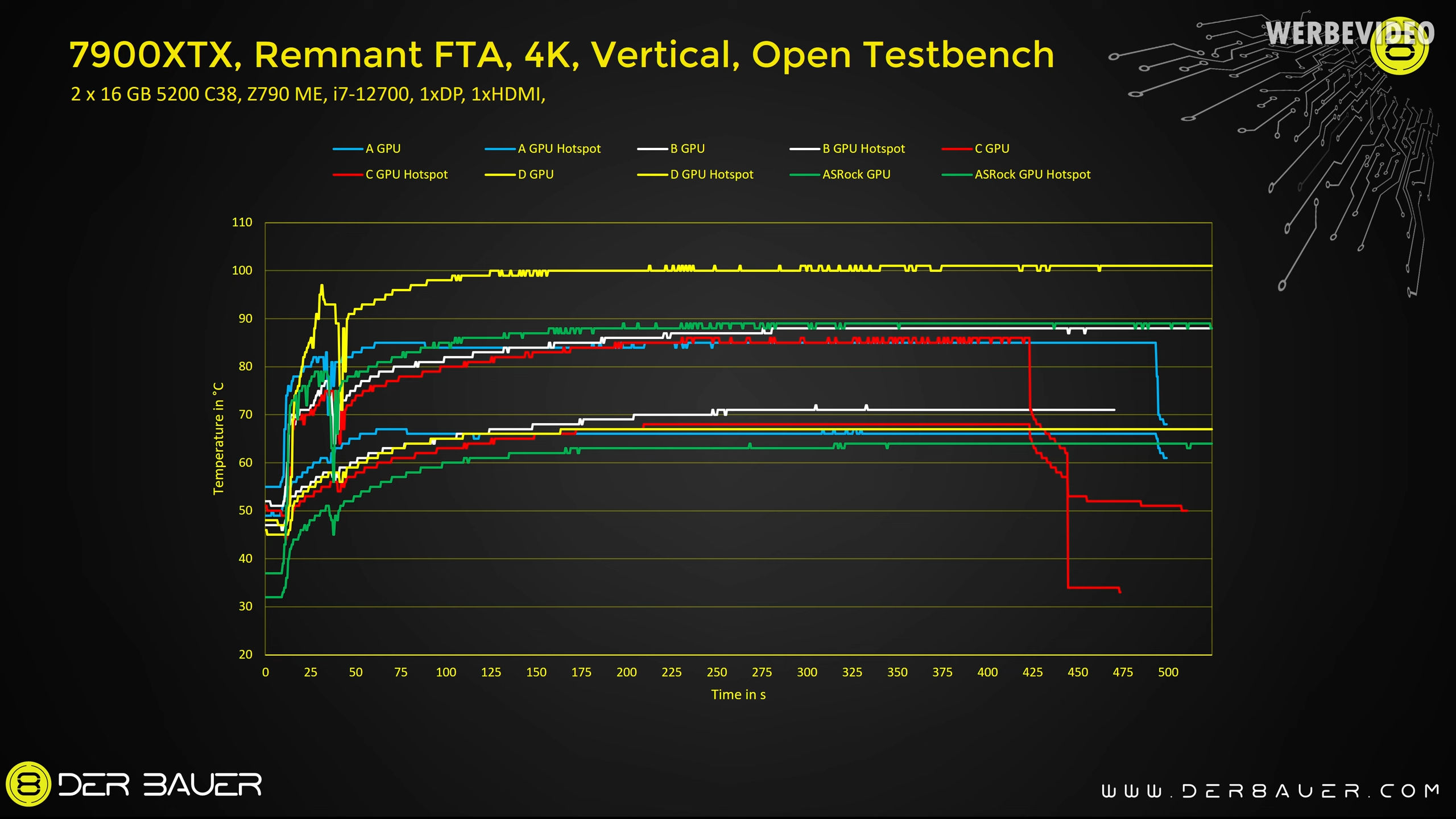 During testing, Der8auer conducted a number of additional experiments. He made a stand to see if the lighter weight and gravity could be the reason for the higher temperatures observed in horizontal mode. He also modified the cooling system to reduce the gap between the GPU and the cooler. All these manipulations did not solve the problem and did not lead to a decrease in temperature. 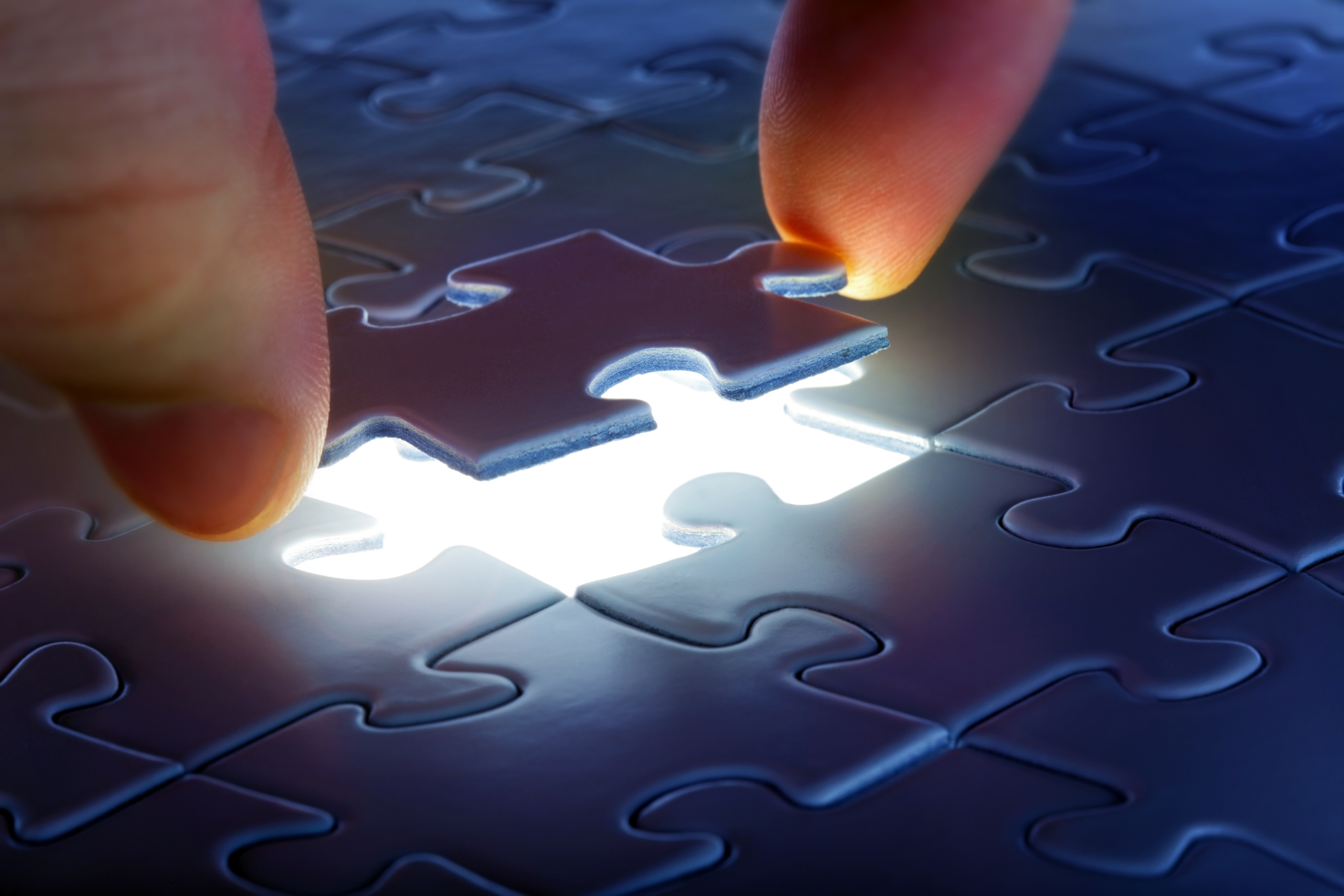 Additionally, Der8auer checked how video cards behave if their orientation is changed during high load. It turned out that turning the device from vertical to horizontal leads to an increase in GPU temperature. Interestingly, returning the video card to its original position does not lead to a reverse decrease in temperature. 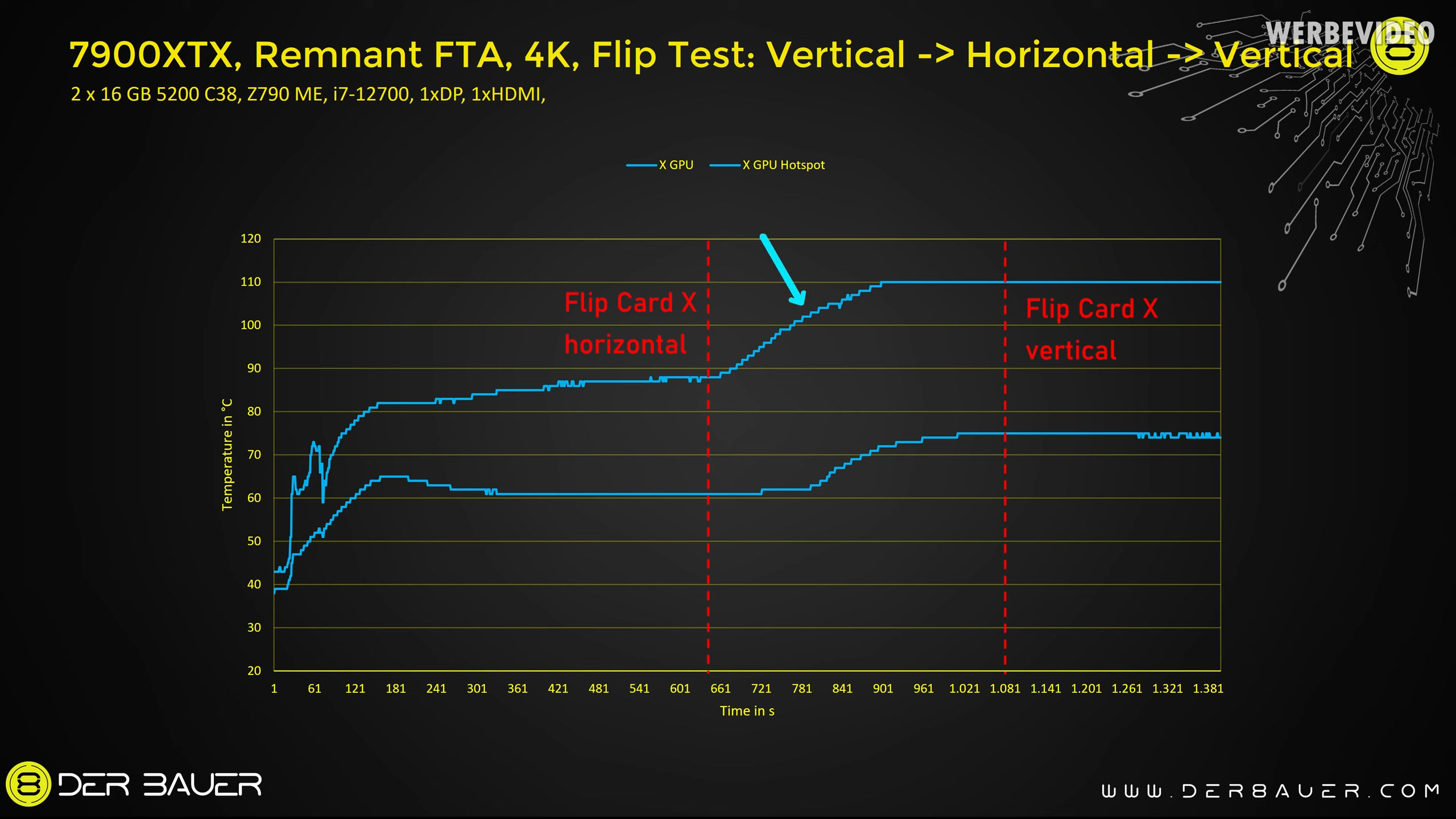 Der8auer believes that this behavior of video cards is most likely the result of a problem in the design of the evaporation chamber, which leads to improper circulation of the liquid inside it.

Xbox Game Pass: between FPS and arcade sports, the games coming out of the catalog in January 2023

Amazon offers: GEEKLIN controller for Switch and PC at a discount with this coupon

Aroged: Resident Evil 4 remake is in the final stages of development