An add-on for the multiplayer mod “X-Ray Multiplayer Extension: Winter Stories” has been released 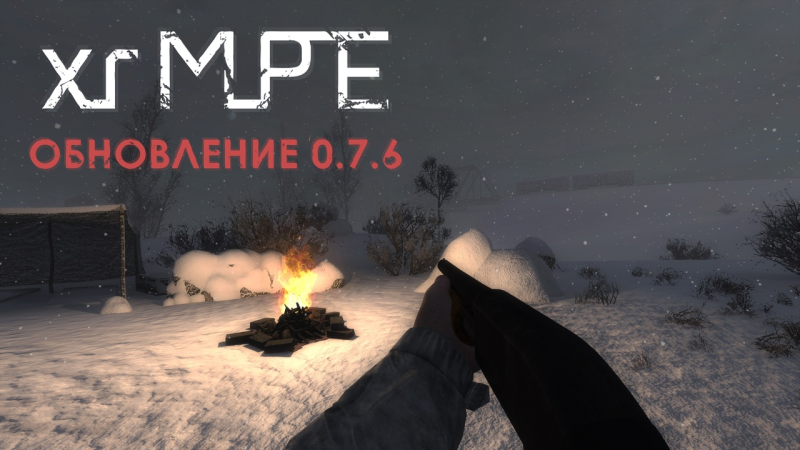 A major update has been releasedX-Ray Multiplayer Extension” Under the number 0.7.6, which adds a festive, seasonal event called Winter Stories to the game. Of course, in co-op with other players:

Immerse yourself in the chilly atmosphere as part of a seasonal event X-Ray Multiplayer Extension – “Winter Stories”. This is a cooperative story for two players. Help stalkers, do research and spend time in a cheerful company. You will visit Kordon shining from white snow, you will encounter thick snowfall that falls under a howling wind and blocks the view of a persistent traveler, and you will also feel the comfort of home that protects every stalker from the cold winter blizzards. In addition, over a dozen quests and written characters with individual voice acting were created for co-op.

This New Year’s event has come a long way from idea to release. Its development has been going on for several months with varying success, there are still some technical problems here. However, over a dozen people have put in the effort of making this little expansion work to give you, at least for the duration of this short playthrough, a sense of the approaching New Year.

In addition, a lot of work has been done to develop game mechanics and fix bugs, some character animations have been reworked, the interface in the main menu, in the game lobby and combat HUD has been updated, multiple additions have been made to weapons from the Gunslinger Mod and its sound design has been expanded, and more several music tracks for the battle in the “Defense” mode and the lobby – Reported in the official description of the new version.

Tesla Model Y is the best selling car in Europe!

Marvel Series 2023: These new projects are landing on Disney+ this year

Zenfone 8 vs Zenfone 9: see changes from the new generation