A new year is coming and with it a new anime season. As before in the autumn we would also like to recommend several anime series for winter 2023 that you should definitely keep a closer eye on Crunchyroll in the coming months. In our list of seven titles, we focus primarily on promising new releases – including one or two potential hits, of course.

High above the clouds, some of the last remaining humans live in a small settlement. Among them is young Kaina, who, due to his youthful vitality, has to hunt regularly to feed the other members of his village. On one of these hunts, a fateful encounter occurs with a girl who appears to be from the surface of the earth – the beginning of a mighty adventure!

Kaina of the Great Snow Sea is the latest work from Polygon Pictures (“Blame!”) studio and will be directed by Hiraki Andou (“Ajin” series). Since we were already able to preview the first four episodes of the fantasy series, we can tell you that this is an exciting fantasy adventure that boasts a fascinating world and a sympathetic duo of main characters. If you want to read more about our first impressions of the show, you can here see our preview.

The last remnants of humanity were forced to retreat from Earth after an alien invasion. Now, many millennia later, various androids are being sent to the surface to reclaim the world for humans. Among them is 2B, who stumbles upon various mysteries as part of her journey that will test what she has previously believed. 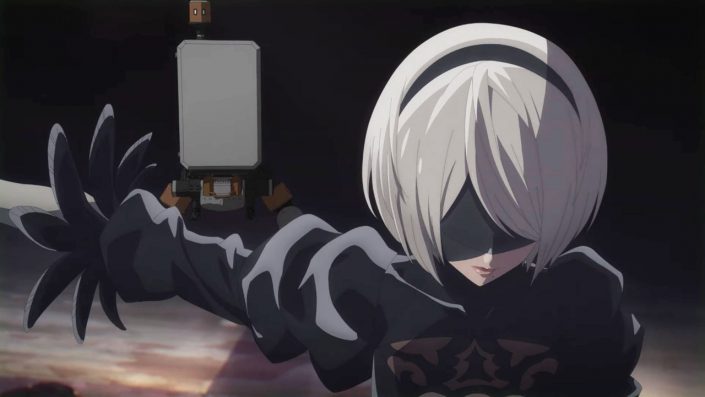 Almost six years after the release of the PlatinumGames hit, “NieR: Automata Ver1.1a” is the anime adaptation that promises to be one of the biggest highlights of the upcoming winter season. The series, which by the way will tell an independent story, is being produced in the studio A-1 Pictures (“Lycoris Recoil”). If you have a weakness for exciting sci-fi adventures with narrative depth, you should not miss the title!

The story focuses on master assassin Yuen Usui, who is tasked with investigating several assassinations. During his research, he meets Raizo Kurima, an assassination survivor. Both decide to join forces to bring those responsible to justice and seek revenge. But will they be able to survive long enough to reach their goal?

With “Revenger” we can expect an original anime from the studio Ajia-do Animation Works (“Izetta: The Last Witch”), in which Gen Urobuchi, among others, contributes as a screenwriter. Urobuchi has repeatedly proven his talent in the past with titles like “Puella Magi Madoka Magica” or “Psycho-Pass”. His latest work should appeal to those of you who are interested in a classic, bloody revenge story.

Lavian Winslet comes from North Ambria, the poorest part of Zemuria. To protect her homeland and clear her family’s name, she volunteers for the Northern Jaegers military unit. Along with her new comrades, Iseria, Marty and Talion, our young protagonist is tasked with a risky special operation that will require the squad to use everything they’ve learned during their training. 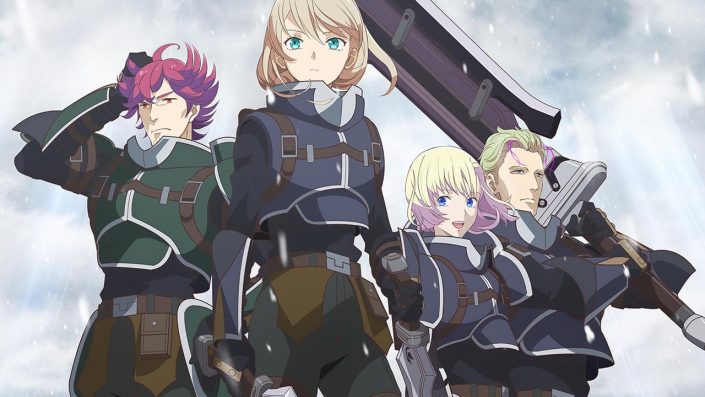 With “The Legend of Heroes: Trails of Cold Steel – Northern War” we can expect another video game adaptation in the winter season, which is based on the four-part JRPG series of the same name. The upcoming anime series, which is being created by the traditional studio Tatsunoko Production (“Ping Pong the Animation”), focuses on a new main character, Lavian, and accordingly tells the events known from the games from a new perspective. A true action highlight with well-developed characters and an exciting conflict should await us here – insider tip potential!

Aizawa Tomo is a very quick-witted girl who, at the beginning of this story, gathers all her courage to confess her love to her crush Jun. In this case, however, the penny doesn’t really want to drop, because Aizawa’s confession completely bypasses him. What’s more, he hasn’t even noticed that his “buddy” is actually a girl! Can the two have a future together?

If you could use some change from all the action of the previous anime series, we would also like to recommend a romantic comedy with Tomo-chan Is a Girl! The production from Studio Lay-duce (“Magi: Adventure of Sinbad”) impresses above all with its heroine, which is quite unusual for the genre. If you’re in the mood for some romance during the cold season, you won’t go wrong with this series.

Protagonist Vash the Stampede doesn’t have it easy, after all, there’s a hefty reward on his head. Anyone who hunts down the notorious gunslinger, who is supposed to spread chaos wherever he appears, gets a whopping 60 million double dollars. The two insurance agents Meryl and Milly smell the big bucks here, but they never expected that Vash really couldn’t harm anyone’s hair. However, he is not as carefree as the clumsy daredevil appears, because he carries a tragic past with him. 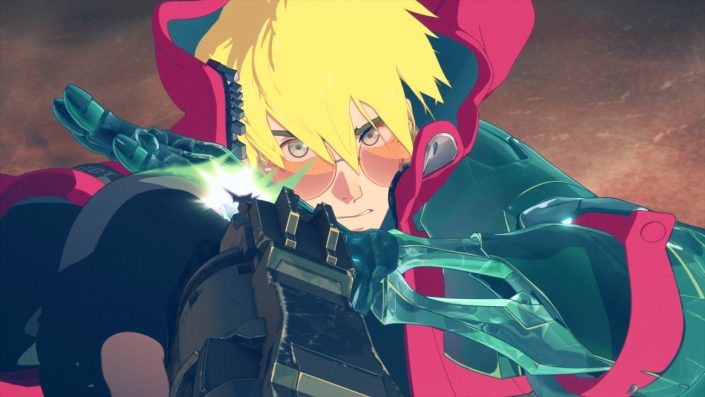 With “Trigun Stampede” a genuine anime classic returns completely renewed. Studio Orange (“Beastars”), which specializes in CGI productions, is responsible for the new edition of the Space Western cult title, directed by Kenji Mutō (“Garo: The Animation”). Even though the new visual style and the fresh look of the main character have caused tempers to heat up since the announcement, we can expect an extremely exciting and ambitious project. It promises to be exciting as those responsible bring Vash’s story to a new generation of anime fans.

After the turbulent events towards the end of Season 1, our main character Thorfinn now finds himself in slavery. It is his punishment for attacking the new King Canute after he had robbed the protagonist of his meaning in life, at least in his eyes. Now the former Viking warrior has to look for a new purpose as a slave on a farm. A decisive step in his further career within the story.

With the second season of “Vinland Saga” we have also packed a sequel on our small preview list. The next section on Thorfinn’s journey, which adapts the so-called Slave Arc of the manga template, is extremely important for the further development of the character of the former Viking warrior. Season 1 of the anime hit was already characterized by its multifaceted main characters and if you already enjoyed the exploration of human nature in it, you will not be able to avoid the sequel. One of the first big highlights of the anime year 2023 awaits us here!

Which new anime series(s) are you dying to watch in the 2023 winter season?

Jason Schreier: 'If a big studio started a new project today, it would come out on PS6'

Connected vegetable garden: play it like Pablo Escobar and grow your own garden in your apartment!

Realme 10 Pro: this is the official look of the Coca Cola smartphone