January 2nd, 2023 at 3:00 p.m. by Philipp Sattler – The dark moon fair is currently running again in WoW: Dragonflight. Even if you no longer need reputation, you should stop by there to secure further knowledge and skill points for the professions you have learned.

WoW: Dragonflight is still in the early stages of expansion. This lasts much longer on the dragon islands than in the shadow lands or BfA. The reason for this is the new systems, which on the one hand are relatively complex, but on the other hand were primarily designed for the long term. Professions are a prime example of this. Even more than a month after the release of WoW: Dragonflight, very few players have already managed to bring their professions to the maximum skill level – apart from collecting professions.

Not to mention the talent trees, which we’ll probably be digging into for a few more months before we’re near the end – unless more talent trees follow in an upcoming patch. Therefore, for many players, any source of crafting knowledge, crafting prowess, and skill points is welcome. And now there is one again.

You should avoid this auction house fail in WoW: Dragonflight. ok

Blizzard has announced the end date of Season 5 of WotLK Classic. Ulduar could therefore open its gates on January 17, 2023…

Because since Sunday, January 1, 2023, the Darkmoon Faire has reopened to visitors and offers not only fun and games but also some tangible rewards. First of all there is the reputation bonus, which many players can still use well now.

You get this buff by taking a ride on the carousel or roller coaster. Or use one of the Darkmoon Top Hats, which can be purchased for ten Darkmoon Prize Tickets. The buff should be particularly interesting if you complete your weekly quest (this or the next ID) and collect a large amount of reputation for it.

But even if you’re already through with your reputation factions, the market offers you advantages. Because the profession quests are available again. These reward you three times over.

Then, of course, there are the normal rewards like Darkmoon Prize Tickets and a small amount of gold. 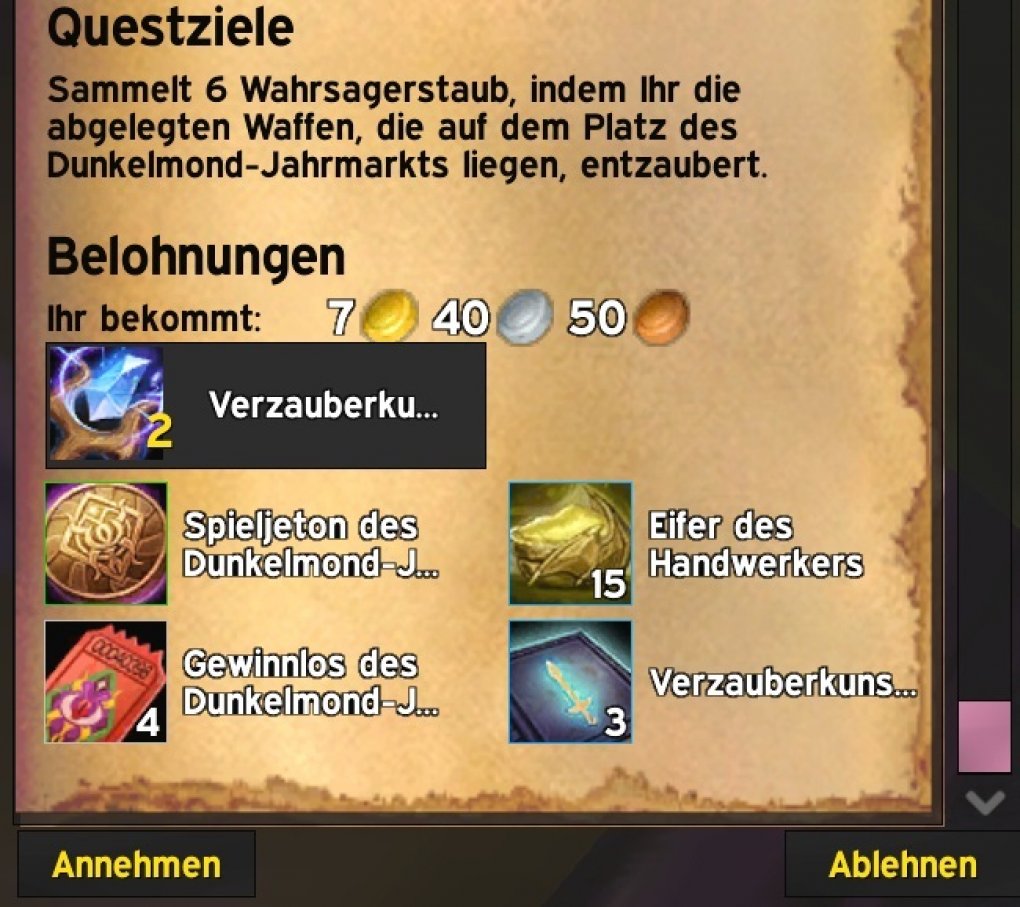 Many players are currently chasing the last few points for their profession skill and they are certainly happy about the free points. This not only makes progress faster, but in case of doubt you also save a lot of gold – because little is currently as expensive in WoW (buy now) as the crafting materials. Are you one of those who have already reached level 100 in your profession or are you still missing a few points?

Steam unveils the 100 highest-grossing games of 2022, and Elden Ring is clearly not the king...

Karen CHUHAJYAN: “I will do my best to adequately represent Ukraine”

PlayStation Plus Extra: These 10 games say goodbye in January