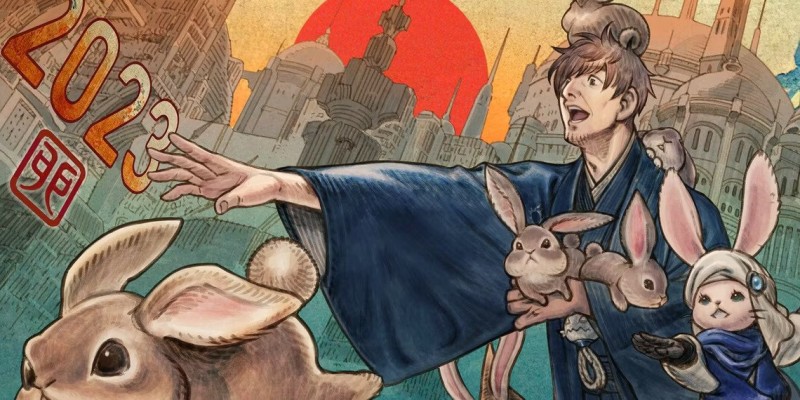 In an annual tradition, Final Fantasy 14 producer/director Naoki “Yoshi-P” Yoshida wrote a letter to players for the New Year. The letter was published on the Final Fantasy 14 Lodestone website, in which Yoshida talked about how far the game has come since its reboot and looks forward to a busy but exciting year ahead.

The letter comes as Final Fantasy 14 is preparing to release patch 6.3 on January 10th. The patch will introduce new story quests, including a new Lapis Manalis dungeon, a new challenge for players, a 24-player Euphrosyne raid, quest adjustments that include significant changes for paladins, an Omega Protocol (Ultimate) raid for players looking for challenges, and other content. which will appear as the patch cycle continues.

In his annual New Year’s Eve letter, Yoshida said that it hasn’t been that long since he took over as producer and director of Final Fantasy 14 after version 1.0’s disastrous release. Yoshida took command on December 10, 2010, almost three months after the game’s first launch. A Realm Reborn was released three years later on August 27, 2013. Yoshida said that A Realm Reborn’s 10th anniversary will be celebrated throughout the year, including the return of Final Fantasy 14 Fan Fest as an in-person event. The event will begin this July in Las Vegas and continue in London in October before returning to Tokyo in early 2024. Yoshida expressed his gratitude to the development and operator teams who are supporting the game with new content, and thanked players around the world.

Prior to the Las Vegas Fan Fest, Yoshida stated that he and Creative Business Unit 3 were looking forward to the launch of Final Fantasy 16 soon. PS5 ahead of the game’s June 22 release. Yoshida said that when he first took over the company in 2010, he never imagined that he would be able to release two major games in the Final Fantasy series, much less at the same time.

Over the weekend, Final Fantasy 14 heralded the start of 2023 with the Heavensturn event, which heralded the arrival of the Year of the Rabbit. The event will last until January 16th. In conclusion, Yoshida wished the players to take care of themselves in the new year and once again thanked them for their support.

Final Fantasy 14 is available now for PC, PS4 and PS5.

The authors of Path of Exile shared the results of 2022

Game Awards 2022: Date, French time… Where and how to follow the ceremony?

Dead Space, a video diary dedicated to the Plasma Cutter reveals how it has been redesigned