From Titanfall to Jedi Fallen Order: the story of Respawn also passes by COD

Back in 2003 Vince Zampella and Jason West, respectively President and CEO of Infinity Ward, developed Call of Duty, the first major production of the software house then published by Activision. From that precise moment, the world of shooters was never the same. A worldwide success that reached its peak with Call of Duty 4: Modern Warfare. Infinity Ward was on top of the world and Zampella and West, with Modern Warfare 2, were ready to take the franchise even higher, which in fact happened with the release of the game.

We don’t think we need to talk about the resulting legal battle between the publisher and the two creatives, but it is precisely on the basis of their successes at Activision that they founded Respawn Entertainment, one of the most popular software houses in the current gaming scene. From Titanfall to Star Wars Jedi Fallen Order (the latter among the new games of January 2023 on PlayStation Plus, we review the career of the software house waiting to be able to get our hands on Jedi Survivor (here the preview on Star Wars Jedi Survivors).

Respawn Entertainment in its debut: Titanfall

Combining Call of Duty with gigantic man-controlled mechs (the Pilots): this is the idea behind Titanfall, the first ambitious project of Respawn Entertainment. Announced for the first time during E3 2013, the futuristic shooter published by Electronic Arts is launched the following year, on March 11, 2014, exclusively for Xbox One and PC. 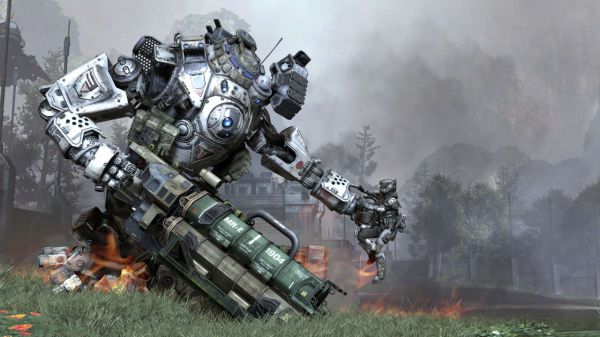 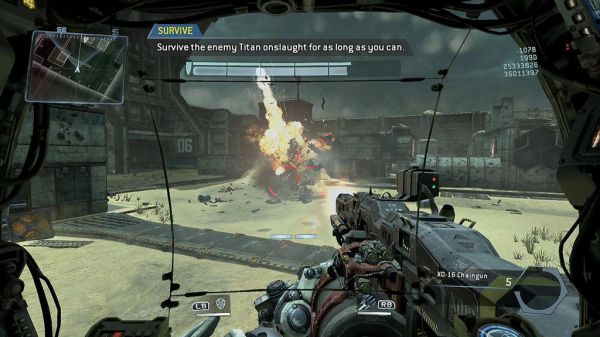 The influence of Call of Duty is tangible and translates into exciting multiplayer battles between two teams made up of six players who could choose whether to fight on foot – the pilot was able to walk on walls to surprise the unsuspecting opponent – or get on board robots to unleash their immense power. All enhanced by great weapon feel and intense, heart-pounding shooting. The main lack of Titanfall was the absence of a single player campaign, yet the game has achieved a huge success of around ten million copies: the sequel, in other words, was inevitable.

Titanfall 2 arrives on the market on October 28, 2016, two years after the first chapter and also on PlayStation 4. This time Respawn seems to have learned from past mistakes and tries to propose, with great audacity, what we feel like defining as one of the best last generation shooter.

An immersive single player campaign, as beautiful to look at – with cutscenes worthy of the best Michael Bay – as fun to play and focused on the relationship between the mech and its pilot, Jack Cooper. The level design was treated to the limits of mania – an element that we will also find in Jedi: Fallen Order – and the maps managed to unleash the creativity of the enthusiasts, who faced the firefights in the most imaginative ways. Characterized by a high rate of competitiveness, the multiplayer takes up the mechanics of the progenitor of the series and perfects them in every possible sense. An unmitigated success? The answer is no. Titanfall 2 was critically acclaimed (here’s our review of Titanfall 2) but it turned out to be a real disaster in terms of sales. Electronic Arts decided to publish it in the same period as Battlefield 1 and Call of Duty: Infinite Warfare, titles linked to two much better known IPs, which took very little time to eat up the potential buyers of the Respawn shooter. Paradoxically, the publisher publicly complained about the meager commercial results of the production.

The debut in the world of battle royale

Diving into a particularly competitive market such as that of battle royale is not a small risk. Being able to meet the needs of the general public accustomed to free to play shooters, with a product capable of standing out from the crowd: this is the challenge that Respawn Entertainment has decided to face with its one hundred and fifteen developers – eighty-five were employed for Titanfall 2 – in a unidentified day in 2016, when the development of Apex Legends began.

The shooter set in the Titanfall universe thirty years after the second episode was made available for download on February 4, 2019, the day after the Super Bowl. The most interesting aspect behind its debut is the total absence of pre-launch advertising campaigns. The idea, marketing chief Arturo Castro later said, was inspired by Beyoncé’s decision to release her fifth solo album as a surprise. The only strategy adopted by Respawn in this sense was to convene a hundred influencers to let them try the game in advance, together with the publication of some teasers during the interval of the most important sporting event followed by the Americans, to generate hype in the spectators. A move that in retrospect turned out to be more than spot on. Speaking instead of gameplay, the title is inspired by various video games of the genre such as Overwatch, Rainbow Six: Siege, Halo and Destiny, and collides up to sixty heroes divided by teams.

The experience accumulated with Titanfall – which can be seen both in the mobility of the characters and in the quality of the gunplay – further enriches the playful formula of the game. The result is an excellent, fast-paced, fast-paced shooter that couldn’t fail to be a global hit. 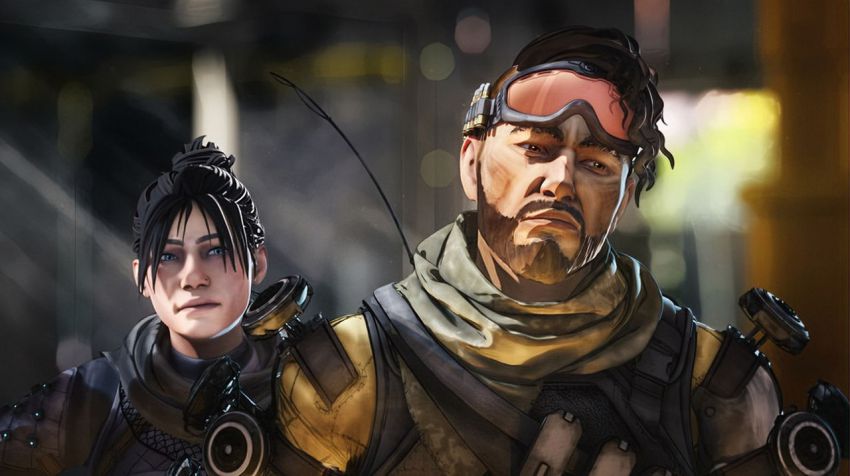 In fact, Respawn Entertainment’s revenge also passes through the numbers: two and a half million players at launch and then moving on to ten in the first seventy-two hours. In just over two years, Apex Legends has reached a staggering one hundred million users, surpassing one billion in collections.

It is not at all easy to approach the Star Wars franchise due to a myriad of reasons, first of all, the unconditional love of its fans. A universe, the one created by George Lucas, which in its long history has embraced all possible forms of entertainment, from films to comics, through TV series and cartoons, up to our favorite medium. 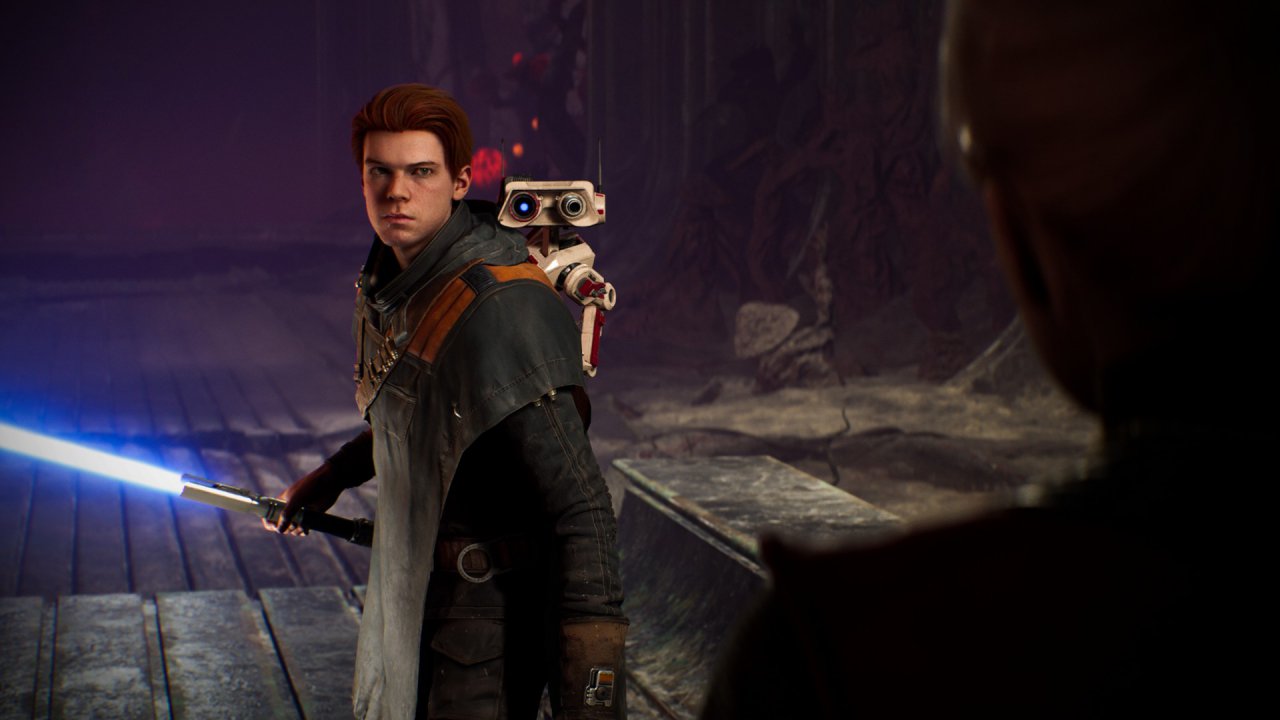 Therefore, devising a new game dedicated to Star Wars was a far from simple undertaking to accomplish. Combining a story that manages to fit perfectly into the very long timeline of events involving Jedi and Sith, with gameplay that can present Respawn’s gaming philosophy to the public, focused on level design, freedom of approach and more generally, a high spectacularity in the most agitated action phases.

As Padawan Cal Kestis and together with Cere Junda and Greez Dritus, we set off on a long journey with the aim of recovering the Holocron, a device containing the list of all force-sensitive children. The story never dares beyond what is necessary and is also rather linear – obviously there are easter eggs and important lore themes – but it still allows Respawn to tiptoe into this immense narrative world that has conquered the hearts of millions over the years and millions of people. However, the distinctive element of Jedi Fallen Order is its third-person action gameplay, which mixes soulslike and platform elements, inserted within planets that can be explored far and wide in search of secrets, collectibles and much more. The icing on the cake of what has just been described is the level design of the game, with metroidvania maps consisting of shortcuts and various macro-areas, some of these initially blocked. Only by continuing in the adventure and obtaining new skills and uses of the protagonist’s strength, it is possible to unlock new areas to visit. On balance, the great value of Jedi: Fallen Order is that it is a video game for everyone.

Great Star Wars lovers can feel like real Jedi Knights, travel through space, face the Storm Troopers and experience epic boss fights to the last thrust of the lightsaber. On the other hand, those who are simply passionate about well-structured third-person adventures full of adrenaline-pumping moments can enjoy their game and at the same time get closer to one of the most important sagas in entertainment.

Among other things, the future for Respawn and Star Wars seems rosy to say the least, given the release of Jedi Survivor scheduled for March 17, 2023. Will this talented collective be able to build on the solid foundations laid with the progenitor of the series and obtain a new center? Given his resume, there is hope for the best.

iPhone 15 Pro: Apple could make it the king of autonomy with this novelty | NextPit

Not the 2022 World Cup final. Megogo named the most rated broadcasts of the year

Rio FERDINAND: “This is unlikely to ever happen again”