Ring Games has announced that the anime Action RPG Stella Fantasy will hit the global market in 2023. Unfortunately, the exact dates are still unknown.

In addition, the developers told what updates the game will receive this year. So, the game will add multiplayer (Stellaverse), Team Tag Battle, Eternal Garden and Ring of Stella modes, as well as support for Chinese and Thai languages. In addition, the marketplace will be improved and a mobile version will appear.

Stella Fantasy is an action role-playing game in the style of anime and a fantasy setting, developed by Ring Games from South Korea. According to the story, the source of energy for all life forms Mana rushed through the universe and created a spatial gate called the Abyss Rift. Alone or teamed up with friends, players will have to travel through them, completing missions and destroying enemies. The game supports blockchain technology, so characters and items can be sold to other users in the form of NFTs. 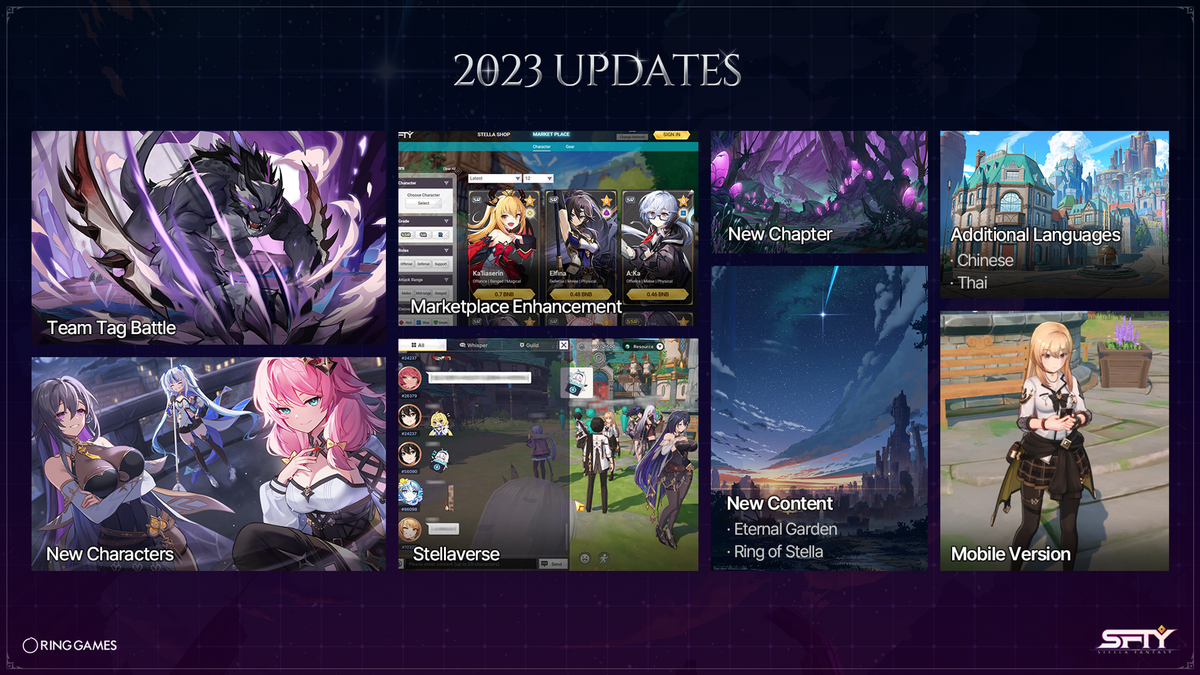