The great gaming history from Diablo 1 to Diablo 3

Note: The following article is from January 2012 and dared to look ahead to the third part of the series. At the time, no one could have foreseen the problems at the beginning of the launch (“Error 37”) and the great indignation among players, for example with regard to the real-money auction house. In the end, the topic of PvP and console conversion also went very differently than expected.

Diablo I (US: December 1996 / Europe: January 1997)
The beginnings were still very modest. The game was originally developed by the Condor company and was intended to be launched as a turn-based role-playing game similar to Might & Magic. Shortly before the release, Condor was bought by Blizzard and renamed the new company “Blizzard North”. With the new management, the concept was converted to a real-time role-playing game. Today the genre is defined as Hackn’ Slay. The aim of the game was, of course, even then to destroy Diablo. It was probably due to the lack of computing power that Diablo I contained significantly more role-playing aspects and fewer monsters than the successors. Even then, the classes were clearly separated. Wizards with long-distance combat and magicians, warriors with heavy weapons and armor in close combat, and the rogue with bows in long-distance combat, today more comparable to a hunter. The setting was extremely dark and depressing for the time. Hunting down demons, of course, required a solid level of violence. Nevertheless, Diablo I also got a USK-16 rating. The graphics were limited to a resolution of 640 x 480. Even the successor didn’t get support for 800×600 until a later patch.

In 1997 the addon “Hellfire” for Diablo was planned and launched in the same year. The production took over the Studio Sierra. The addon brought two new levels and new classes to the game. For the first time, players encountered the still very popular barbarian, who was considered a further development of the warrior. In addition, Monk and Bard came. However, the entire product seemed quite half-baked due to the tight time frame. The new classes didn’t really play any differently than the old ones and frequent game crashes ruined the fun of the game. The multiplayer was then delivered separately in a later patch. In 1998, EA even launched a console version of the game. Not many got excited about the game, however, as each save point cost a whopping 10 blocks on a memory card. 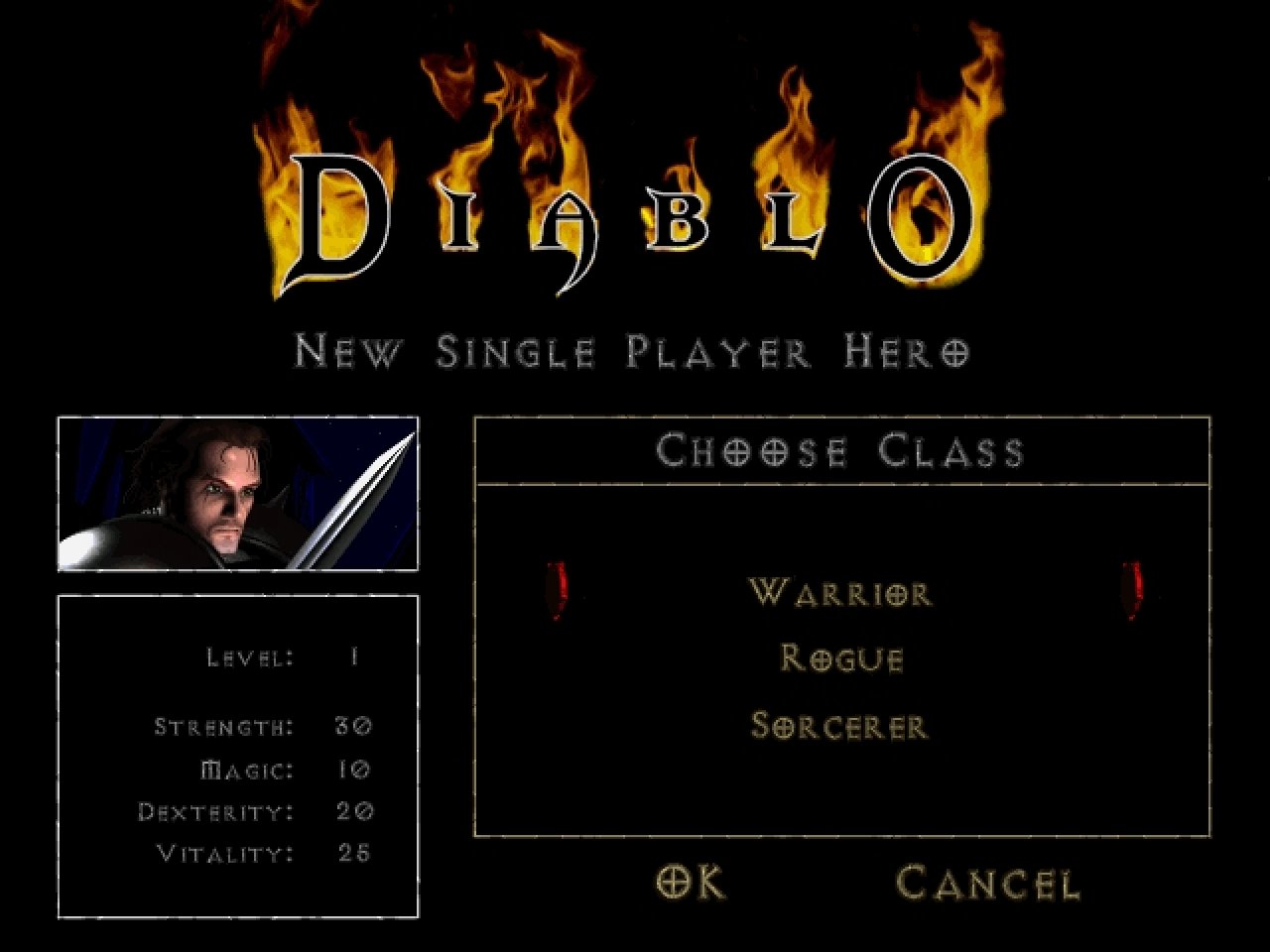 Diablo II (Juni 2000) / Expansion Lord of Destruction (Juni 2001)
The game ties directly to the story of its predecessor and revolves around the hunt for the battered but not completely destroyed Diablo. In addition, his brothers Mephisto and the addon Baal come into play. The place of action is, of course, the fictional world of Sanctuary. The game is divided into four acts and three difficulty levels plus hardcore gameplay. With the expansion, a fifth act was added to the game. Key gameplay updates include carrying a secondary weapon and helpful items like the Horadric Cube. The secret cow level, in which players have to destroy large quantities of huge cows, is considered a real cult today. What was special and appealing about the multiplayer was the sophisticated item system. Players had to spend a lot of time on so-called “farm runs” to get powerful and special items. The most exclusive of them, such as the Windforce bow or the Grandfather sword, were only seen by the hardest-working among the players. So the game offered extreme long-term motivation, even if players were basically always limited to the five acts with different levels of difficulty. Despite the heavily discussed level of violence, Diablo II and the expansion got an uncut USK-16 rating.

Diablo II’s multiplayer is one of the most played in video game history. Free access and the emerging nationwide internet were perfectly timed. Blizzard has only partially got the problem with cheaters under control. So-called “map hacks” in particular were often considered a trivial offense among players. The fact that characters are not saved locally but on Battle.net caused a great deal of controversy at the beginning of the millennium and later turned out to be an effective protection against character manipulation.

With patch 1.10, modding for Diablo II has been made much easier. Some packages like Eastern Sun, Snej-Mod or Sanctus Mod are still very popular with many games today. Regular updates kept the game up to date and fixed various bugs. The last patch 1.13 came almost 10 years after the release of the game. An impressive long-term care by Blizzard. 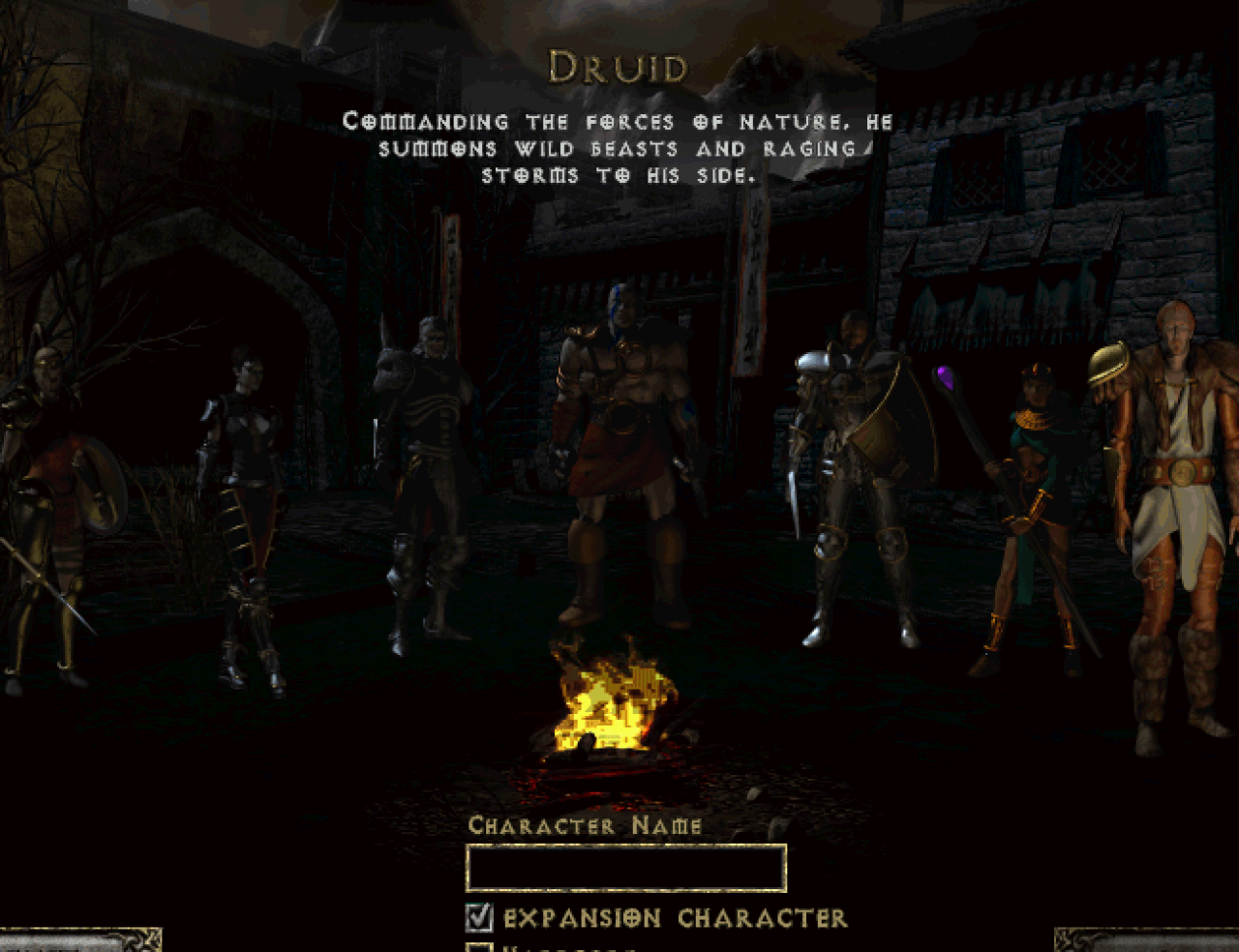 More than ten years after the expansion for Diablo 2, players can finally go demon hunting again. As part of the WWI in Paris in 2008, the development of the successor was announced for the first time. The beta is now up and according to Blizzard, the results and feedback are excellent. One can expect a brilliant result. For the first time in Diablo 3, players can freely choose the gender of their favorite class and are no longer bound by designer specifications. The appearance of the equipment changes depending on the level of difficulty played. That was also different in the previous ones. In addition, players can now heal themselves in combat via “dropping” orbs and items are now directly bound to players. So the “clicking bet” for the best items after a kill has come to an end. There will be special arenas for PVP players and the loss of experience upon death will also be eliminated in the future. Contrary to many expectations, Diablo 3 will also get an uncut USK-16 rating again.

The graphics, including the physics, are completely in-house developed by Blizzard. The amount of quests should be significantly increased compared to Diablo 2 and there will also be class-specific tasks. These can be tackled both in single player and also directly with friends in multiplayer. As with Starcraft 2, the Battle.net 2 platform serves as the basis for this. From the start, Blizzard was keen to release a console version of the game. However, there is still no fixed timetable for this.

Minimum system requirements: Diablo 3
With the minimal demands on your hardware, Diablo 3 turns out to be very frugal. The official system requirements can now also be found on the sales packaging. An Intel Pentium D with 2.8 GHz or an AMD dual-core such as the Athlon 64 X2 4400+ is sufficient as a CPU base. With 1 GiByte RAM under Windows XP or 1.5 GiByte under Vista and Windows 7 you are also on the safe side. With the currently low RAM prices, however, a subsequent increase should not rip a hole in your wallet. Cards with 256 MB of video memory are sufficient for graphic gimmicks. Blizzard mentions a Geforce 7800 GT or a Radeon 1950 Pro as the minimum requirement. You should free up at least 12 GiByte of memory on your hard drive or SSD for installing the game.

Recommended system requirements: Diablo 3
Blizzard’s recommendations for system requirements are also reasonably demanding. A Core 2 Duo with 2.4 GHz or an Athlon 64 X2 5600+ is sufficient, plus 2 GiB RAM and a Geforce GTX 260 or a Radeon HD 4870. 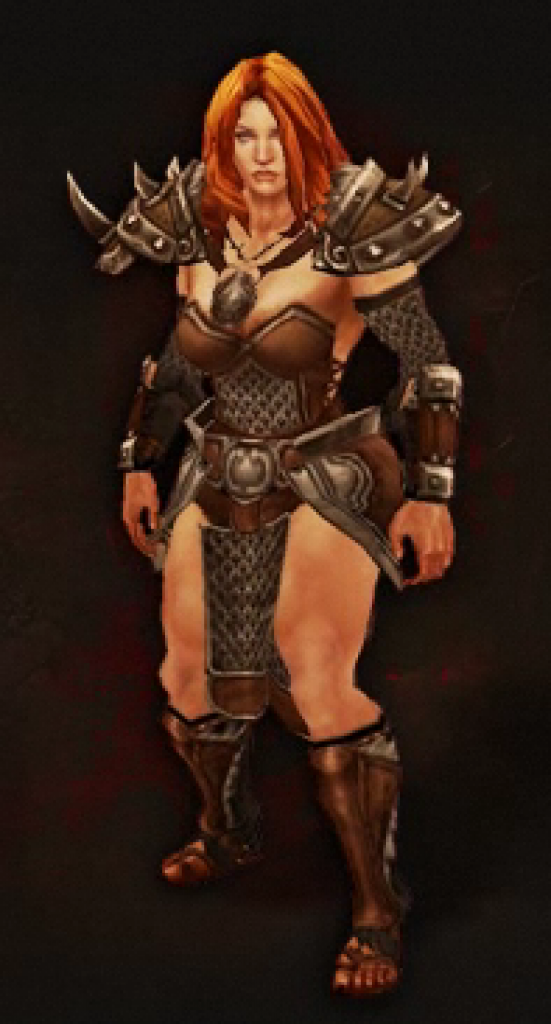 Tristram:
The city of Tristram is part of the game like Diablo itself. In the first part it was still a safe haven for players. In the second part, the city was then overrun by demons and players visit it to save Cain and get the artifact to access the cow level. In the third part, only one level of ruins remains of Old Tristram and players seek refuge in New Tristram, which has been rebuilt a safe distance away. 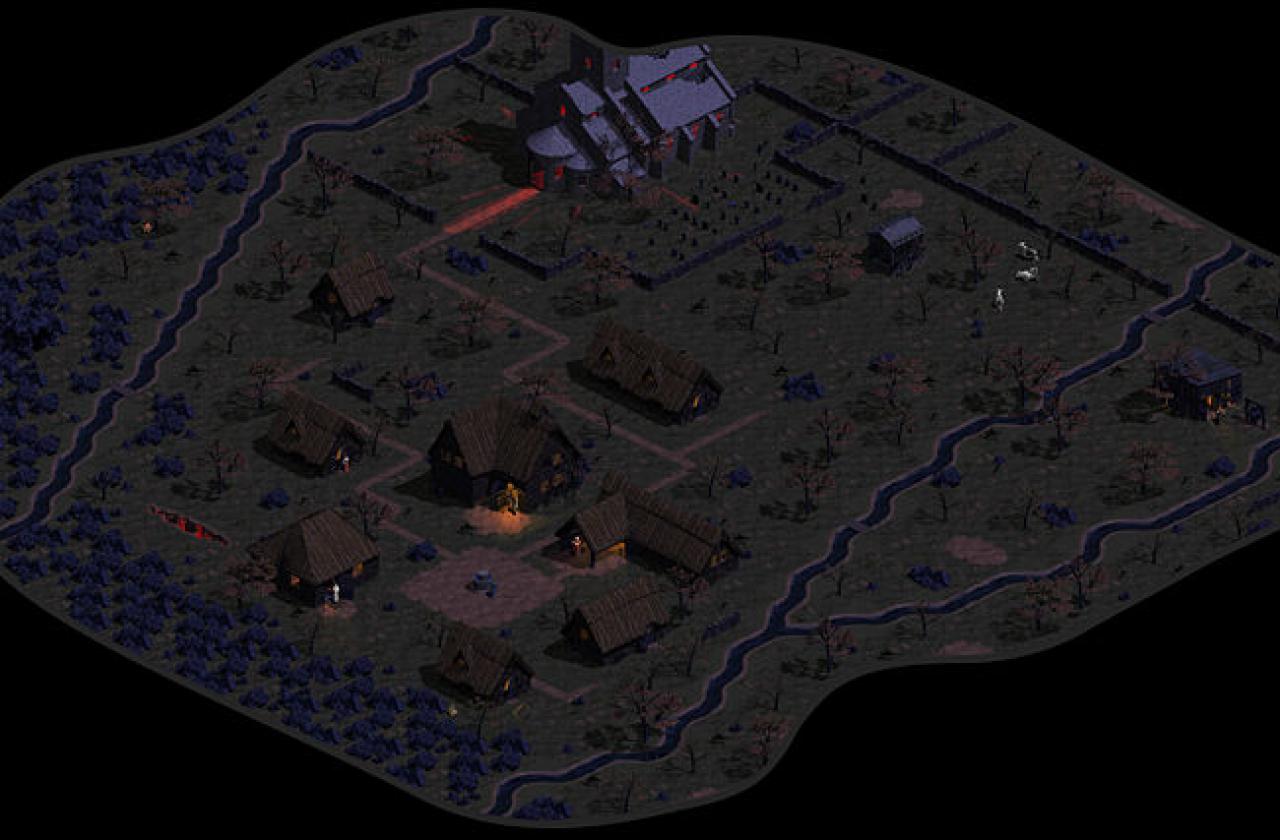 Conclusion: The longer the game is delayed, the more time the players spend to get upset about minor things like online compulsion, Battle.net currency or the like. Still, few would doubt that Diablo 3 will be a standout game and one of the most important releases of 2012. Expectations are high in the form of challenging dungeons, huge hordes of demons and brilliant multiplayer gameplay. Blizzard takes a lot of time to fulfill all points. We can be curious how good the result will really be and whether fans of the series will also find themselves in the new part.

For all the details and regular updates on the state of Diablo 3, you can follow our topic page. Also make use of the Diablo 3 collection thread in the PCGH Extreme forums.

Blizzard’s monster dead-click game Diablo – that came out on January 2nd. Every day, PC Games Hardware dares to take a look back at the young but eventful history of the computer.

Diablo II – a classic among PC games and the iPhone, pioneer of the smartphone wave – are released – this happened on June 29th. Every day, PC Games Hardware dares to take a look back at the young but eventful history of the computer.

Which connected objects to choose to save energy?

Google may release a foldable smartphone in 2023

God of War Ragnarok – the most powerful secret boss defeated in just 11 seconds!