Metacritic has posted a list of PC games that were released last year and received the highest ratings from the press. The rating included only those projects for which there were more than 7 reviews from various publications. 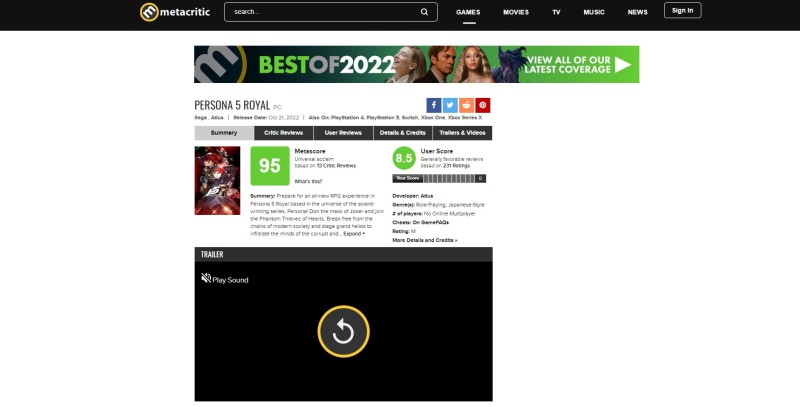 As a result, former PS4-exclusive God of War (2018) and roguelike building sim Dwarf Fortress shared third place. The second line was taken by the hardcore open-world RPG Elden Ring from the Japanese team FromSoftware. In the first place, unexpectedly, was the role-playing anime adventure Persona 5 Royal – we are talking about an expanded edition of the original, originally released in 2016 on PlayStation consoles.

The TOP 20 computer games of 2022 according to the average rating on Metacritic can be found below:

Steam charts: These are the strongest games in the new year 2023!

Dead Space: Developers almost did without a pause function in the remake