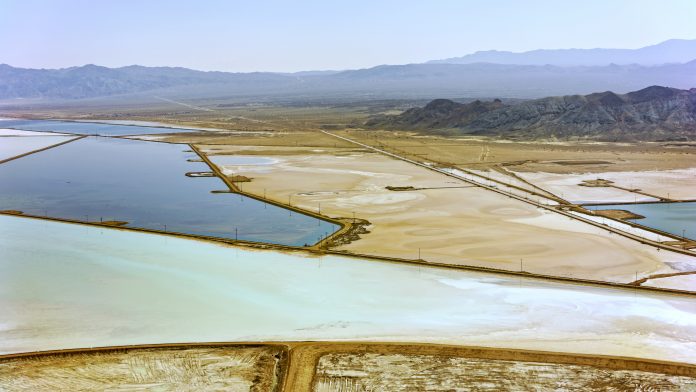 Zimbabwe is the sixth largest lithium producer in the world. The country now wants to earn more money from this precious raw material.

Zimbabwe’s lithium mines are among the most important lithium storage sites. The raw material is used in, among other things, heat-resistant glass, in airplanes and in all kinds of psychotropic drugs. Lithium is also a sought-after element in the technology world, as it is used for the production of lithium-ion batteries. These can be found in mobile phones, laptops and electric cars, among other things.

Since the arrival of electric cars, the global demand for lithium has exploded. Only Zimbabwe does not really benefit from this. The country mainly produces raw lithium, which then needs to be processed into various products. This means that a lot of money is lost in the form of added value for the lithium.

The government of Zimbabwe now bans all exports of lithium-containing ores and raw material, unless there is written permission from the mining minister. The goal in Zimbabwe is to develop lithium batteries in-house from now on and to export finished products. In this way, the Zimbabwean economy should get a big boost.

That also seems to be necessary. Zimbabwe is currently suffering from hyperinflation and a general economic malaise. Currently, about 60% of all state revenues come from the export of lithium and other minerals. The choice to manufacture end products with lithium itself will significantly increase that income.

Many multinationals have already been criticized for the fact that working conditions in lithium mines leave much to be desired. No matter how innovative or environmentally friendly a new electric car or telephone may be, they always depend on batteries that contain lithium. The appalling working conditions, in which children are often involved, are not consistent with the image of environmentally friendly technology products that is often portrayed. It remains to be seen whether working conditions in Zimbabwe’s lithium mines will also improve now that battery production is in their own hands.

In 2023, just about every technology producer is using lithium. It is expected that the demand for the raw material will also continue to rise, especially if more electric cars are also produced. It remains to be seen what exactly the impact of new economic policies in Zimbabwe will be on the rest of the world. It is expected that the price of lithium and lithium-containing products will see an increase.

Mini Console makes a splash on Kickstarter, small as a matchbox!

Atlus: The Persona makers are planning several announcements in 2023

Elden Ring, Modern Warfare 2 and Ready or Not are the top sellers on Steam last week

PS5: Guerrilla ready to hand over for the remake of Horizon Zero Dawn?

Argentina, Poland and Australia reached the 1/8 Mundial, the victory of Dynamo in the UPL