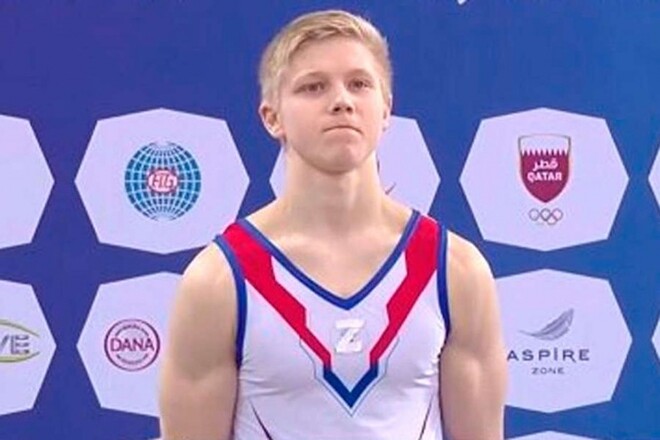 Gymnast from Russia Ivan Kulyak was suspended for a year for performing at the World Cup in Doha with the letter Z on his uniform.

Governor of the Kaluga Region and member of the United Russia party Vladislav Shapsha said that he would pay the legal costs instead of the athlete:

“The courageous act of the Kaluga gymnast Ivan Kulyak made millions of Russians proud of our athletes. Of course, Ivan understood what awaited him. But he boldly expressed his position – the position of a patriot of the motherland.

By decision of the International Disciplinary Commission, Ivan must pay 2,000 Swiss francs towards legal costs. When we met with Ivan in May last year, he said that he was ready to pay these costs. The bill came to Ivan at the end of December, in the near future I will pay for it from personal funds.

By the way, the article about the Russian gymnast, who entered the awards ceremony at the World Cup in Doha with the letter Z on his uniform, was the second most popular in the British edition of The Guardian in 2022 after publications about the death of Queen Elizabeth II.

AnTuTu reveals the most powerful Android smartphones in late 2022

Alexey ANDRONOV: “Mudrik is a great talent, but how many 100 million?”