GeForce Now integrates its Ada Lovelace architecture (RTX 4080) into its premium offer. This one changes its name and is now called Ultimate. 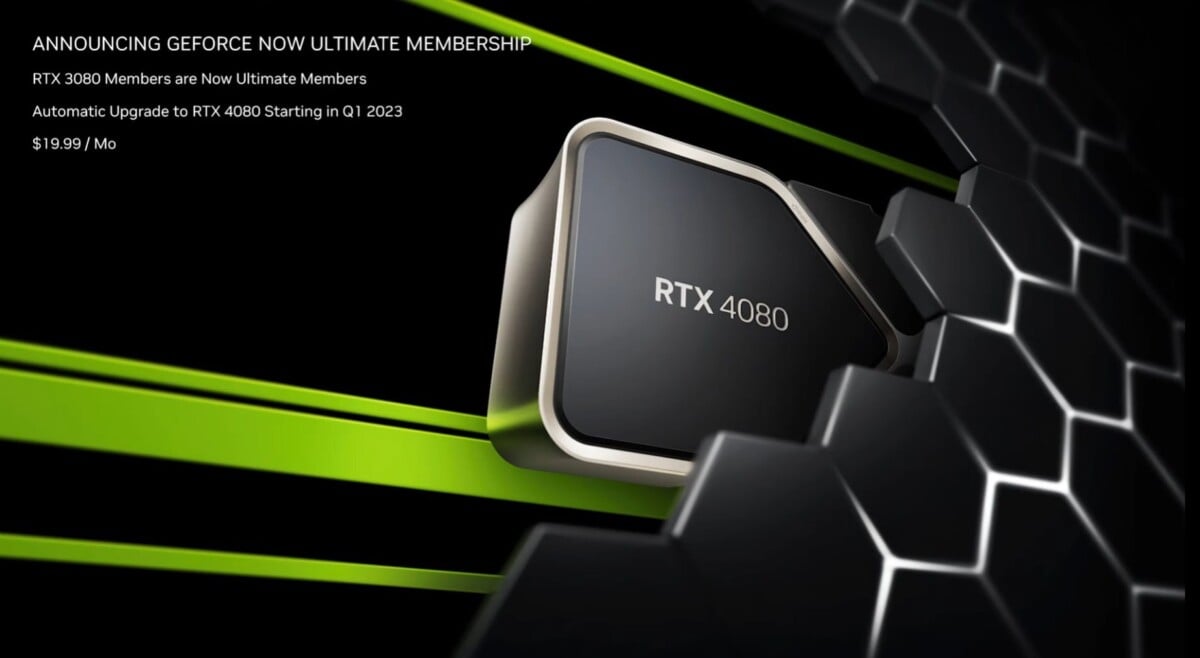 The Ada Lovelace architecture arrives on Nvidia GeForce Now. If you didn’t understand this sentence, don’t panic, we’ll explain it all to you. At the opening of CES 2023, Nvidia announced at its traditional conference that its cloud gaming service, GeForce Now, would benefit from its new graphics card architecture, Ada Lovelace. This is the architecture that powers the RTX 4080 and RTX 4090 cards.

The service is separated into three different subscriptions, a first free third, a second limited to Full HD and a third high-end giving access to the equivalent of an RTX 3080 and a QHD definition. It is this last third which will evolve and which will now be the equivalent of an RTX 4080 with the added bonus of the arrival of the 4K definition. It changes its name for the occasion and is now called Ultimate. Good news, the price of the subscription remains the same: 19.99 euros per month.

Players who subscribe to the ultimate tier will now have access to 64 teraflops of power. This amounts to five times the power of an Xbox Series X. Latency will be reduced from 56 ms to 36 ms. We can also count on increased fluidity, since the 120 Hz ceiling explodes in favor of a refresh up to 240 Hz.

All the latest Nvidia technologies are of course included, starting with Ray Tracing and DLSS 3.0. Nvidia Reflex will also integrate the Ultimate offer from now on.

The Ultimate tier with RTX 4080 will be made available in France during the first quarter of 2023. All RTX 3080 subscribers will be offered the upgrade to the new offer free of charge.

After Australia - to France. It became known where Kalinin will play after AO

Atomic Heart: DLCs and multiplayer? Those are the developers' plans