The new Kratos adventure only had to admit defeat to the blockbusters “FIFA”, “Call of Duty” and “Pokémon” on the island. 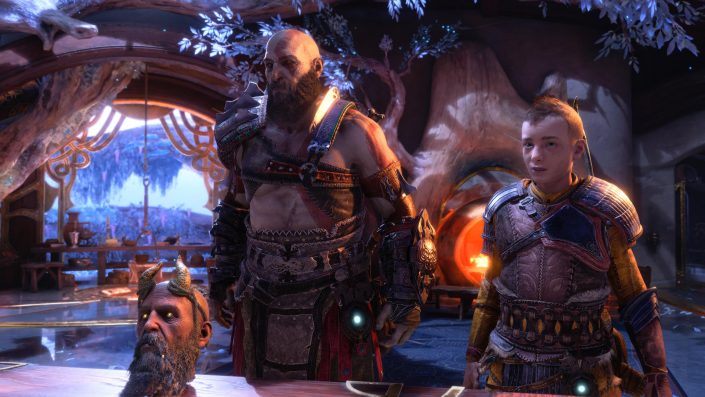 Sony Santa Monica’s action-adventure had the fourth most successful UK launch. Only “FIFA 23”, “Call of Duty: Modern Warfare 2” and “Pokémon Crimson & Crimson” sold more. Also, God of War Ragnarök is in the UK more successful launched than any other part of the series.

on Twitter Christopher Dring also pointed out: “God of War Ragnarök” has outsold Horizon Forbidden West in retail outlets in the UK. And this despite the fact that the brutal action hit with Kratos was released nine months later as Aloy’s second journey.

The bundle sales were taken into account when recording. Sony offered both titles as part of a PS5 launch. That’s why we’ve seen the Aloy adventure topping the UK charts time and time again over the past year.

We had already learned from Sony that no first-party game from the company had started as successfully as the new “God of War”. proud 5.1 million PlayStation players struck in the release week. Regarding the “Horizon” successor, Sony has not yet announced an exact sales figure.

The finale of Kratos and Atreus in Norse mythology has been available for PS5 and PS4 since November 9th. Like ours Test you can find out here.

Is the future of Resident Evil remakes after RE4: Code Veronica a reality?