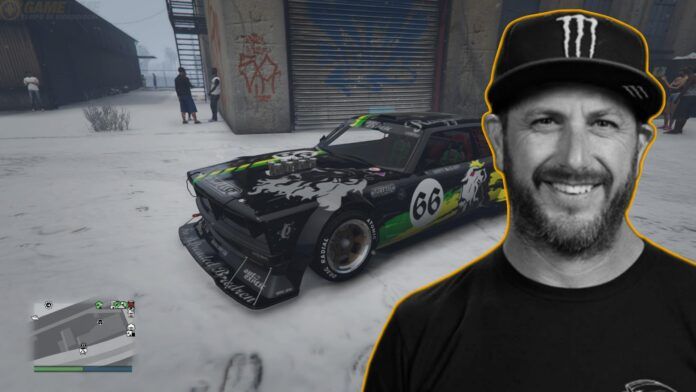 During the Italian night, it is confirmation has come that Ken Block was unfortunately involved in a fatal accident with his snowmobile. The passionate gamers of the figure of him have decided to honor him in various ways. There are those who dedicated it a livery on Gran Turismo 7chi a video of drifting aboard a Hoonigan car in Forza Horizon 5chi started Dirt 3 out of nostalgia and who, on the other hand, decided to honor him in GTA Online by recreating the iconic Ford Mustang Hoonicorn.

Founder of DC Shoes and Hoonigan, Rally driver, stuntman and father of three, Block left an indelible mark on the hearts of fans, creating an iconic character who would later expand into all media, including videogames. Among these video games we also find GTA Online, the multiplayer component of GTA 5 which has now acquired a life of its own.

The players of the Rockstar Games title have therefore united in the GTA Online subreddit by dedicating their tribute to their hero. Clearly, the title does not feature licensed cars such as the Ford Mustang. However, Rockstar Games has not remained indifferent to the success of the Gymkhana and has introduced it over the years several cars inspired by the masterpieces of Hoonigan and Ken Block. Among these, in fact, there is a fictitious version of the Ford Mustang Hoonicorn.

We’re talking about the Drift Tampa, a Muscle Car-based car designed for drifting. The aesthetics of the car, as well as its concept, are clearly inspired by the over 1,400hp monster used by Ken Block in some of his Gymkhanas, such as his iconic climb of Pikes Peak. Alternatively there are also similar versions of the Flash GT and Drift Yosemite.

Aroged: Elden Ring predictably became the "Game of the Year" according to the "Steam Awards 2022"

Reverie - Sweet As Edition: Will also be released for the PS5 in early 2023