Away from what’s new at GeForce NOW and the launch of a new line of laptop GPUs, there’s also news from NVIDIA for desktop PC owners. The new GeForce RTX 4070 Ti GPU was announced here. 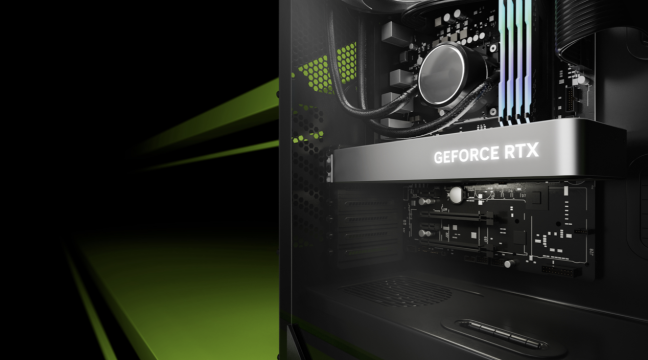 For desktop PCs, NVIDIA has announced the new GeForce RTX 4070 Ti, which is said to offer the performance and efficiency of the Ada architecture at a price point of 899 euros. Thanks to the new architecture and NVIDIA DLSS 3, the new GPU is said to be three times faster than the GeForce RTX 3090 Ti while consuming half the power.

NVIDIA itself sees the new graphics card option as suitable for those who want to max out their 1440p monitors with high refresh rates. Incidentally, video editors who want to shorten their rendering times with two AV1 encoders should also benefit. The first maps should be available in cooperation with partners from January 5, 2023; there is no Founder’s Edition this time.

There is also more news on the DLSS 3 front, because the list of compatible titles has been diligently worked on here. The following new DLSS titles were announced at CES 2023:

The critically acclaimed and award-winning portal comes as a ray-traced remaster with the AI-accelerated performance of NVIDIA DLSS 3.

LEGO is entering a revolution with its new Harry Potter and Star Wars sets and even a license that is making a comeback!

Who are your favorite Persona 5 characters? The official poll reveals it