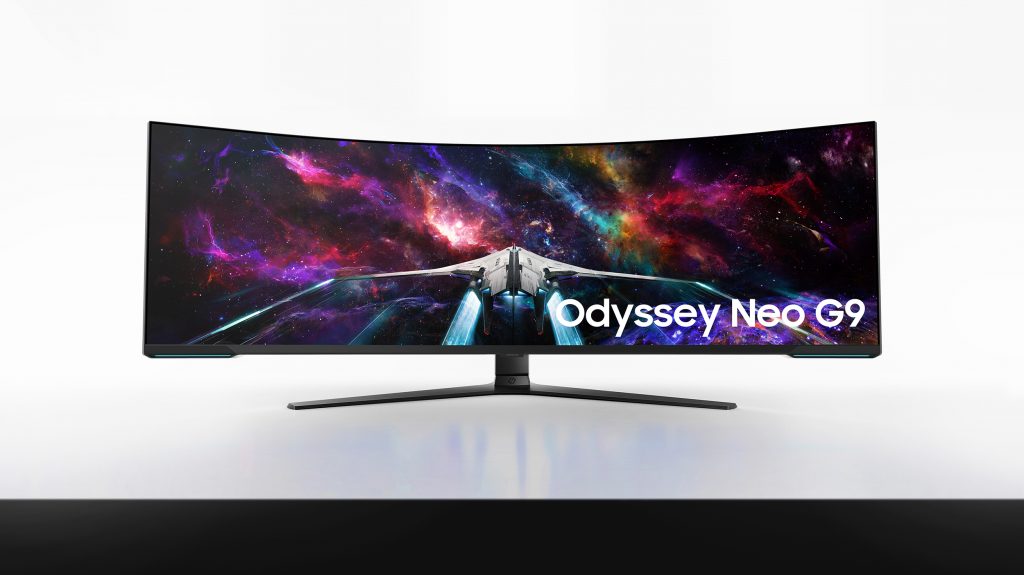 Samsung Electronics announced during CES the expansion of its range of monitors with the introduction of new models, including the new Odyssey Neo G9of which you can see an image above.

“With the new Odyssey Neo G9, we’re ushering in the future of gaming monitors, making every game more realistic with innovative features and superior image quality,” he said. Hoon Chung, Executive Vice President del Visual Display Business di Samsung Electronics. “CES is the perfect place to showcase our innovations that can take not only gamers, but also graphic or TV enthusiasts to the next level, while providing personalized experiences through a number of integrated apps.”

Below you will find the official statement which features all the features of the Samsung Odyssey Neo G9.

The Samsung Odyssey Neo G9 gaming monitor (model name: G95NC) allows gamers to view new levels of detail with an unprecedented field of view. The gaming monitor offers for the first time a resolution of 7,680×2,160 and a 32:9 aspect ratio in one screen.

Il display curvo 1000R da 57″ uses quantum mini LED technology with VESA Display HDR 1000 specifications to deliver superior visuals in any gaming environment, from shadows to the brightest scenes. The Matte Display reduces the reflection of light on the screen, reducing distractions during the most intense gaming sessions.

Odyssey Neo G9 also boasts the world’s first DisplayPort 2.1 support, capable of transferring data almost twice as fast as the DisplayPort 1.4 used so far. In addition, the new DP2.1 allows information to be transmitted without distortion thanks to the industry-standard Display Stream Compression (DSC).

Atlus: Persona Creator has a lot up its sleeve for 2023

Aroged: Poland asks the UN to assist in the payment of reparations from Germany

Clash: Artifacts of Chaos, trailer shows the fights with the strange creatures of the game

The Ministry of Digital Development has named three domestic Linux-based operating systems, under which developers will soon have to adjust their programs