PHOTO. Results of the year from Zaluzhny: liberated 40% of the territories, enemy losses

Commander-in-Chief of the Armed Forces of Ukraine Valery Zaluzhny reported on how 2022 ended for the Ukrainian army.

According to the Armed Forces of Ukraine, the army managed to liberate 40% of the territories occupied by Russia since February 24, and in total, the defense forces liberated 28% of the entire occupied territory.

During the year, the Ukrainian army destroyed more than 100,000 Russian invaders, more than 3,000 tanks, about 270 helicopters and 300 aircraft. 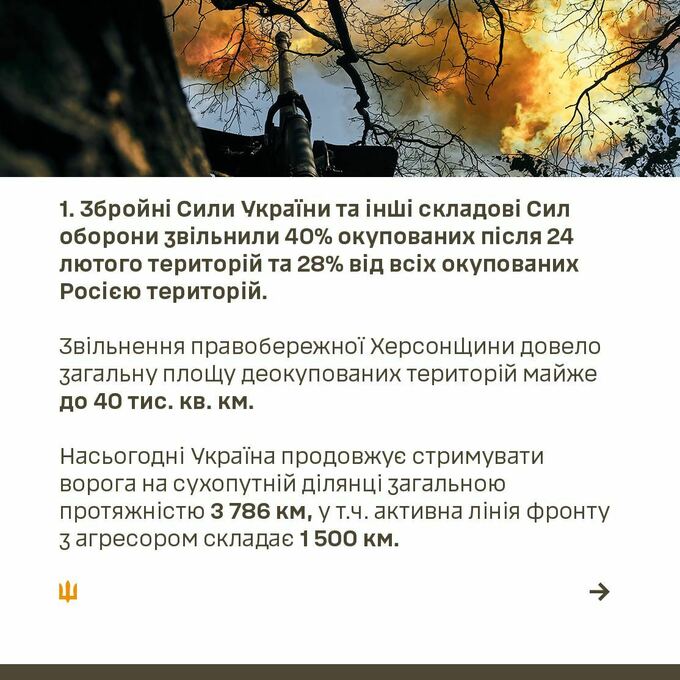 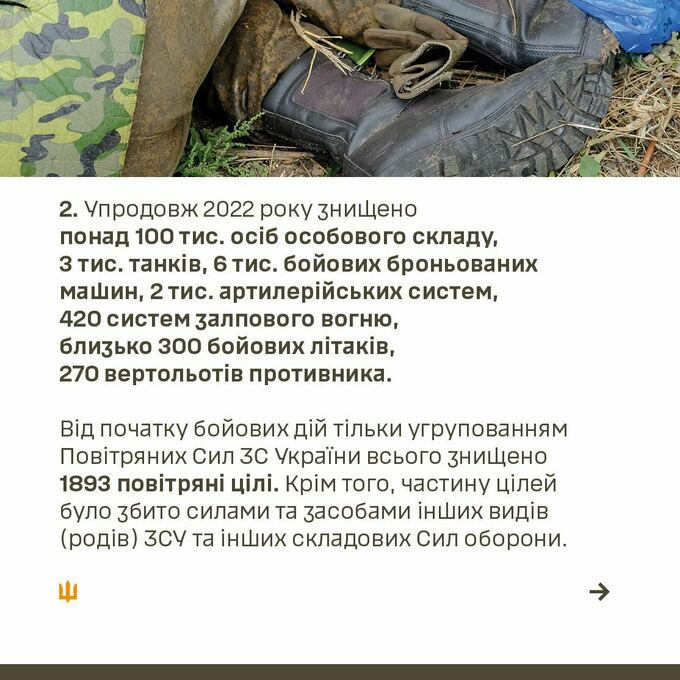 Cyberpunk 2077 looks even more gorgeous with this new update