January 3rd, 2023 at 5:21 p.m. by Valentin Sattler – After suspecting that the vapor chamber is responsible for the overheating problems of the Radeon RX 7900 XT(X), der8auer has milled it open. A possible peculiarity in the area of ​​the GPU was discovered. In principle, however, the structure is not unusual.

Some Radeon RX 7900 XT(X) reference designs suffer from overheating issues, although this should not be the case. In the search for the cause of this problem, there is now another component: After Roman “der8auer” Hartung last suspected the vapor chamber as the trigger, he has milled it open in a new video.

The inner workings of the vapor chamber

After a copper layer about 1 mm thick, the expected structure came to light during milling: Inside, the 3 mm thick vapor chamber consists of a cavity and, on the side of the cooling fins, a fine-meshed copper grid. This is intended to transport the coolant further by capillary action.

The grid in question is interrupted by several supports so that the vapor chamber, which is normally under negative pressure, does not collapse. This structure differs only under the GPU, where nine of the supports have been provided with an additional copper structure. This is also supposed to transport the coolant – namely directly under the GPU.

According to der8auer, there are no major abnormalities in the vapor chamber of the Radeon RX 7900 XT(X): There is no visible damage, and the structure also corresponds to the standard in principle. He just notes that the braid that actually carries the heat to the GPU only occupies a small fraction of the real estate it can do. On the other hand, there must also be enough space at this point for the heated, gaseous cooling liquid to be transported away. So it doesn’t necessarily have to be a problem. 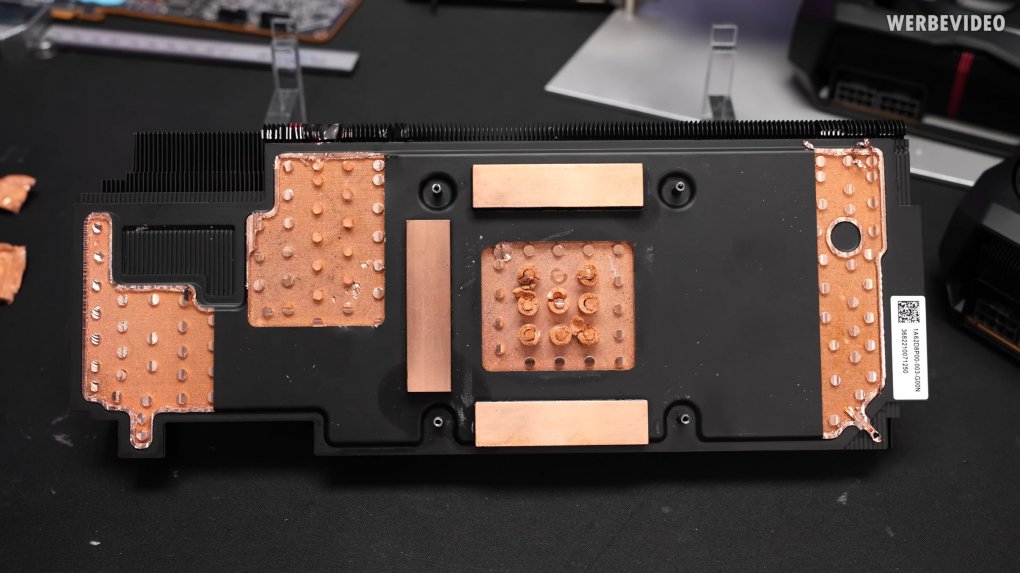 Inside, the vapor chamber of the Radeon RX 7900 XT(X) consists of a cavity, a copper mesh and numerous supporting pillars. Source: der8auer (Youtube)

Unfortunately, der8auer cannot make any statement about the amount of cooling liquid due to the milling, but at least in principle it can be found in the vapor chamber. So while it doesn’t look like a fundamental design flaw, another theory would still be conceivable: that the vapor chambers of the affected models were simply filled with too little coolant.

Acer as an OEM for custom designs of AMD and Intel graphics cards?

"If you want to play, I'm waiting for you with a normal haircut." In Ilyichevets it was strict

M2 Pro and Max in performance test! Here is the surprising result

Mega project in China: The longest and deepest tunnel in the world is under construction