A mains charger for the potential Realme GT Neo 5 has been seen and it makes you want: a maximum power of 240 W! Enough to recharge the next flagship of Realme in less than 10 minutes. 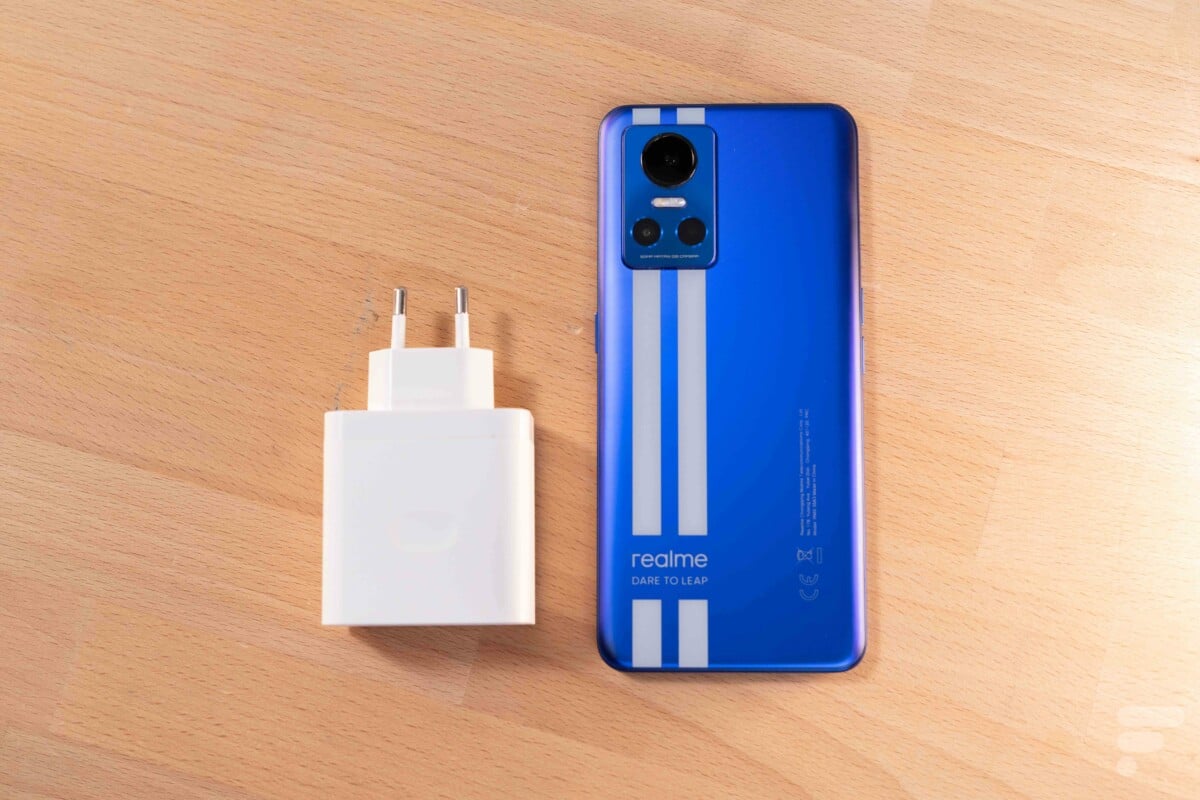 Last July, the Realme GT Neo 3 was released, which could be recharged in 15 minutes thanks to its 150 W charger. A power that causes Realme’s smartphone to heat up, but nothing to worry about. It was already impressive and it still is, especially for a commercial model. But Realme apparently intends to go further in fast charging: the manufacturer is preparing its GT Neo 5, skipping 4, this figure being supposed to bring bad luck in Asia (it even has a name, Tetraphobia). This smartphone could be recharged at 240 W, according to a charger spotted by MyDrivers – via Android Police.

The Chinese site indicates that “SuperVOOC 240W adapters with model number VCKCJACH have been spotted”, writes Android Police. We already know this technology, since it was presented at the last MWC by Oppo, which prided itself on being able to recharge a smartphone in less than 10 minutes. The two brands sharing their research and development section, they also share this technology. Realme had presented 150 W wired charging at the same show, saving 50% battery in 5 minutes. 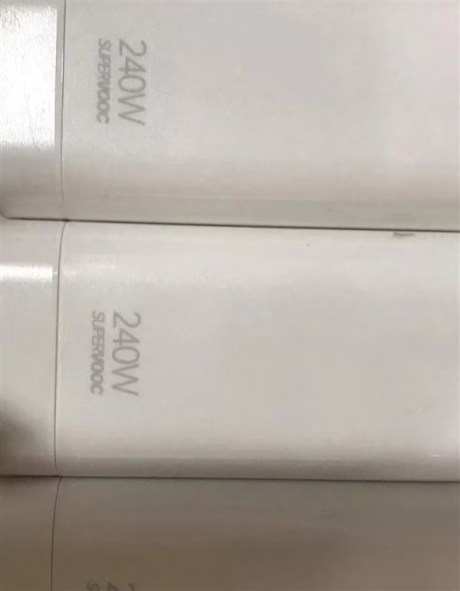 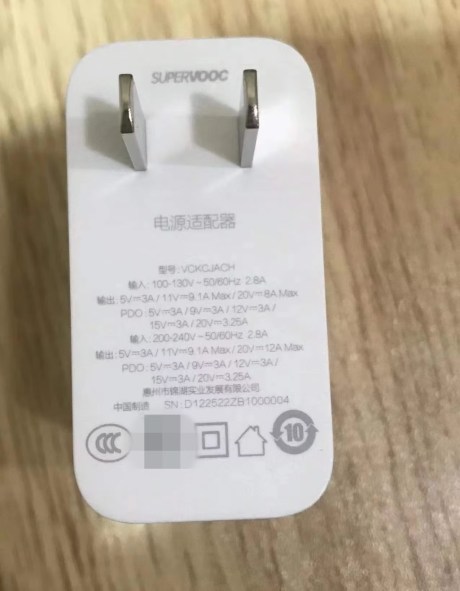 This spotted fast AC charger draws 20V at 12A and would recharge the Realme GT Neo 5’s two-cell battery, via a USB-C to USB-C cable. MyDrivers adds that there may be an alternative version to the GT Neo 5, with a lower charging power of 150W, “when the phone debuts in the first quarter of this year”. This was already the case on the GT Neo 3, with an 80 W version. However, we can ask ourselves the question of the battery life with such power and less than 10 minutes needed to fully recharge it. .

Realme is not alone in the fast charging race

However, Realme is not the only manufacturer to push the limits of the batteries of its phones. We know that Xiaomi is preparing a 200 W charger, after presenting a technology that can charge a smartphone to 100% in 5 minutes. For its part, Vivo is also working on a 200 W charger, since the manufacturer presented in China this summer the Vivo Iqoo 10 Pro, which can fully recharge in 10 minutes. 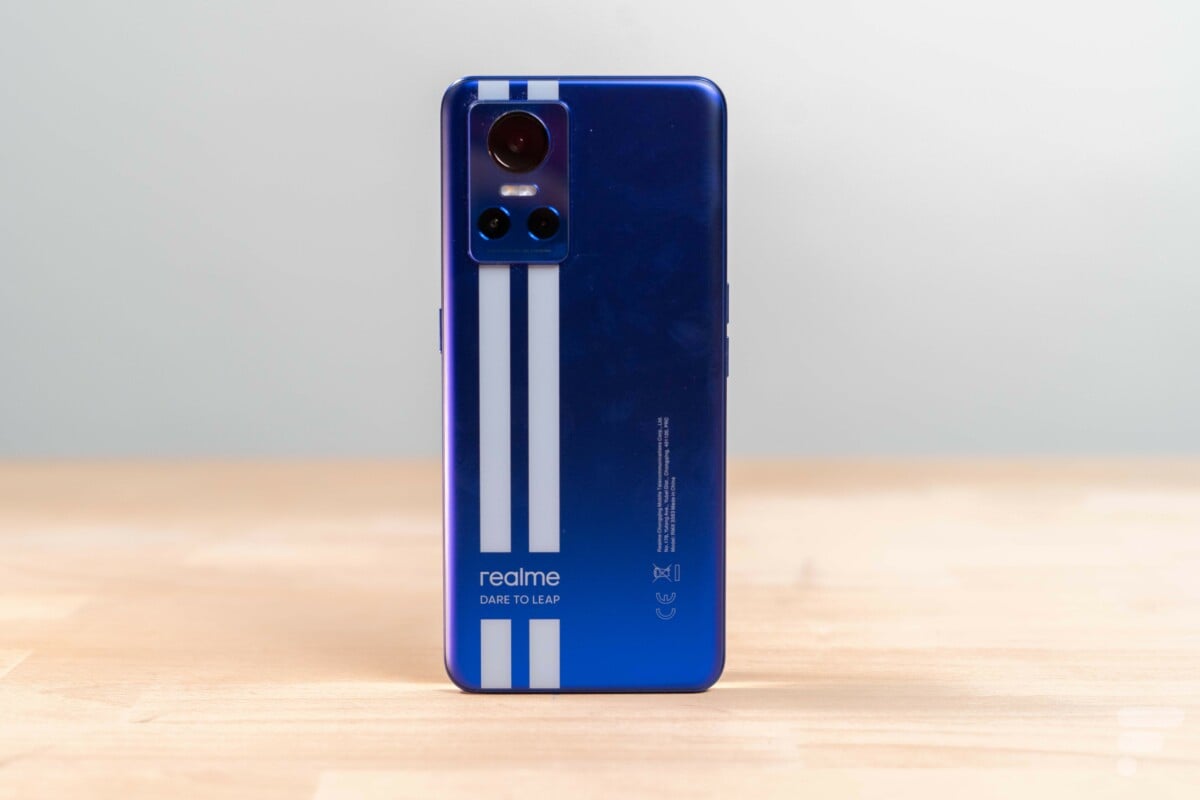 On the other hand, there are historical manufacturers who do not enter the race, whether Apple with its iPhone 14, Google with its Pixel 7 or even Samsung with its Galaxy S22. Still, Apple and Samsung aren’t too bothered by Chinese competition, and Google’s latest smartphones have been a critical success. (Super) fast charging may not be the only selling point with consumers. 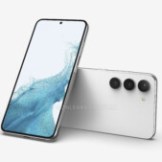 Showed footage of the first episode of Anime by NieR Automata

Top 6 Ukrainian footballers who can change clubs in January

Star Wars The Acolyte: Meet the Series Cast for Disney Plus!