Do you have any idea why all the experts say that the real Ryzen 7000 won’t arrive until 2023, when AMD launches models equipped with 3D V-Cache? Well, the answer to that question lies in the sales figures for the Ryzen 7 5800X3D, a processor that hit the market at the end of the Ryzen 5000 cycle, but which is still such a huge sales success that it even puts it in your pocket the new Ryzen 7000.

Therefore, in one of the biggest European computer stores, the German MindFactory, we can see that the Ryzen 7 5800X3D continues to be an incredible processor, with sales levels that, quite honestly, I don’t think even AMD was expecting it at the time of its launch. .

It’s also a processor (5800X3D) that continues to help AMD maintain dominance in enthusiast processor sales. After all, taking into account that the 5800X3D was December’s best selling processor, AMD was able to sell 20,000 units, while Intel only sold 11,000 processors. 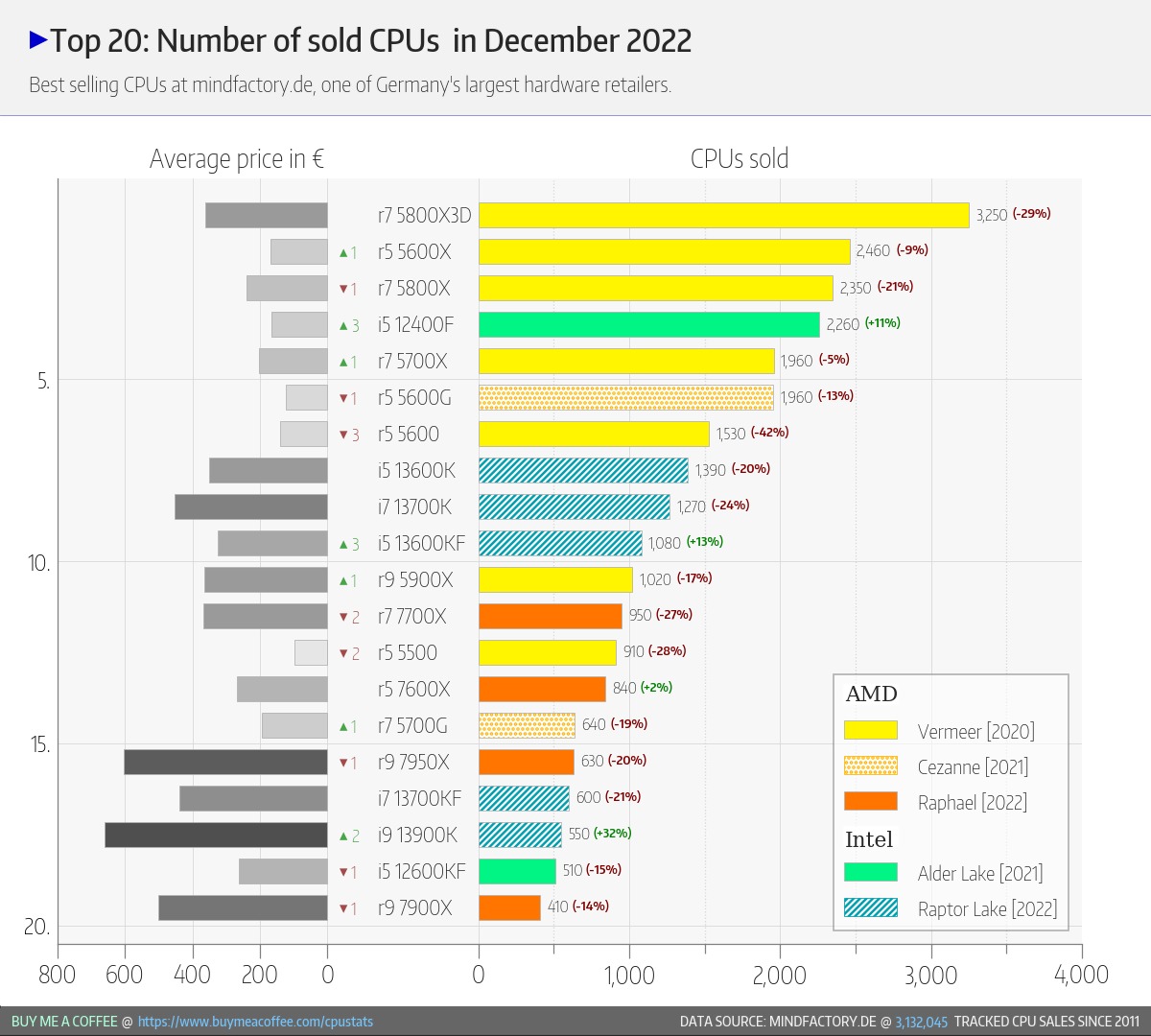 However, in the grand scheme of things, i.e. the total 2022 numbers, AMD has shown overwhelming dominance. With the Ryzen 5 5600X demonstrating why the mid-range remains extremely important, as you can see in the graph below. Meanwhile, the Ryzen 7000X3D is expected to launch sometime between the first and second quarters of the year. All in order to put AMD back at the top of the performance pyramid. Pyramid that currently belongs to Intel, and its Core i9-13900K. A processor that apparently will cost €60 in the coming days. All thanks to Intel’s decision to raise prices across all its product ranges in 2023.

PC gamer promotion: a configuration with i7 and RTX 3070. 2023 could not have started better!

What are the PC requirements of STALKER 2 Heart of Chornobyl?