The Professional, a frivolous heist simulator with QWOP-like controls, has been released on PC – the game is available for free 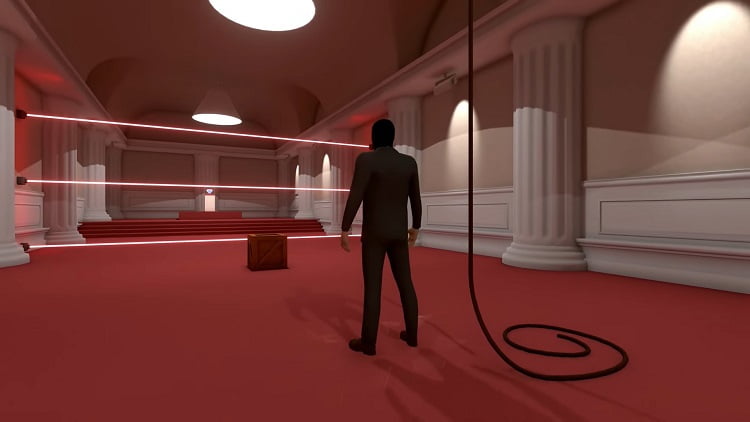 The player’s task is to steal a huge diamond from the museum. To do this, you need to climb over the box, squeeze between the widely spaced signaling beams, climb the stairs, grab the treasure and return to the entry point.

It would seem that nowhere is easier, but The Professional, like the famous QWOP, complicates the task. The robber’s arms and legs must be controlled by the player by moving them with the mouse. Thus, completing the task is no longer so easy.

Upon completion of the task, The Professional shows the gamer the time spent on the robbery. Ausgeirsson’s best result steel 8 minutes and 20 seconds, but the players have already surpassed the achievement of the developer.

In particular, the gamer SparkyMcCalc1 literally flew through The Professional in less than 1 minute (see video below) – this is a speed record. The average user takes from half an hour to an hour to complete the game.

Ausgeirsson took over The Professional in early December 2022. The idea of ​​controlling the character’s limbs came to the developer before going to bed, and the entourage was inspired by the movie “Entrapment” with Catherine Zeta-Jones (Catherine Zeta-Jones).

The Professional is available for download for free on itch.io (Windows, Linux, macOS). You can also find Ausgeirsson’s previous works there – A Firm Handshake, NUTS and a number of others.

Resident Evil 4: the Steelbook Edition in pre-order at the same price as the Standard

Resident Evil Code Veronica: is the remake in development? Maybe not but there is a precedent