Who brought who brought? This time it wasn’t Pingo Doce, it was ASUS! After all, the giant of the computer world did something incredible yesterday, at CES 2023, announcing/launching a huge range of products in order to renew its entire range for the new year. We’re talking about notebooks, monitors, keyboards, mice, etc… Everything that makes a PC work, ASUS has somewhere in its product range.

That’s exactly why we’ve made an article exclusively for laptops, which is undeniably where the brand gives the most cards in the National market, and now we’re going to try to talk about everything else. 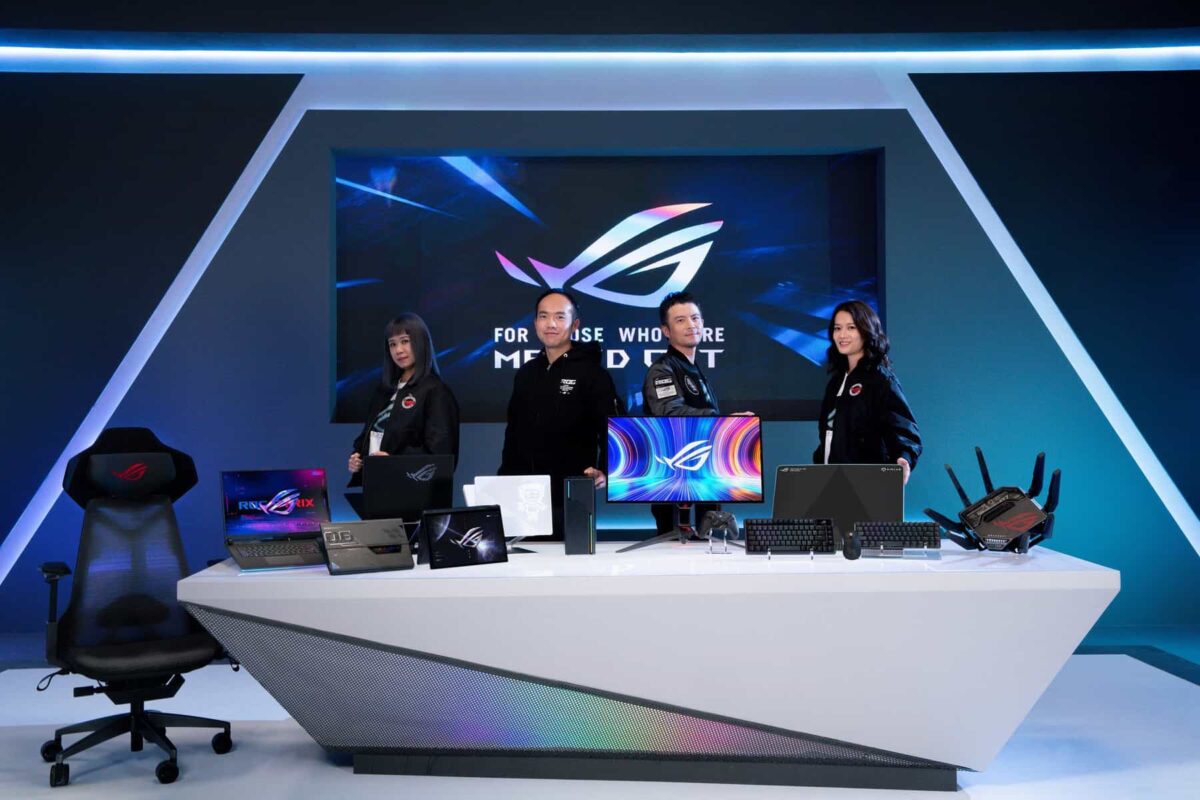 Therefore, in addition to the huge wave of ‘refresh’ to notebooks that ASUS brought at CES 2023, we still have other good news, such as the ROG Swift Pro PG248QP Monitor capable of going up to 540Hz, thanks to a completely focused TN panel at speed. 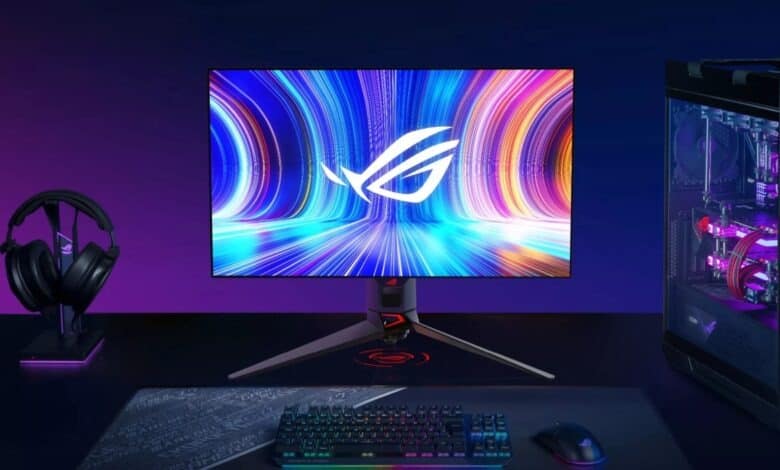 We are talking about a 24.1” FHD monitor, designed from the beginning for the world of eSports. The monitor has G-Sync support, where we can include an integrated NVIDIA Reflex analyzer, which captures end-to-end system latency, in order to further improve the gaming experience.

Later we have the ROG Swift OLED PG27AQDM Monitor, which already bets a little on image quality, with a 27” OLED 1440p panel capable of going to 240Hz, with a response time of 0.03ms.

In addition to monitors, we have Wi-Fi 7 peripherals and routers! 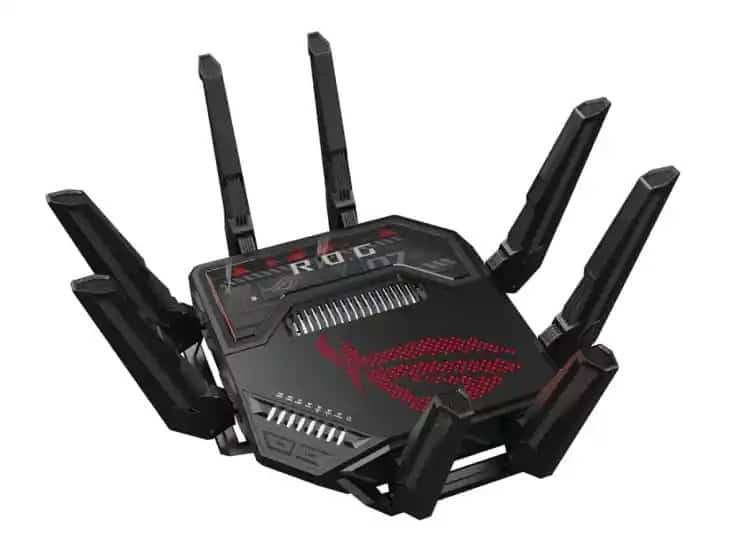 Having quality laptops and monitors is important, but perhaps more significant than all that is having an internet connection that is incapable of failing. For this, it is always a good idea to forget about the router that the operator installed in your home, to opt for something a little more advanced.

In this case we have the ROG Rapture GT-BE98, the first Quad-Band Wi-Fi gaming router on the planet, capable of increasing data transfer speeds by 20%. It is possible to reach 25,000 Mbps in speed, if your network allows it. But perhaps more important than that are the two additional revolutionary features, Multi-Link Operation and Multi-RU Puncturing, which allow the GT-BE98 to provide more efficient and reliable wireless connections.

For those who are really enthusiastic, know that it has a 10Gbps WAN/LAN port and two 10Gbps LAN ports. For even greater wireless coverage, ASUS even offers a RangeBook Plus. 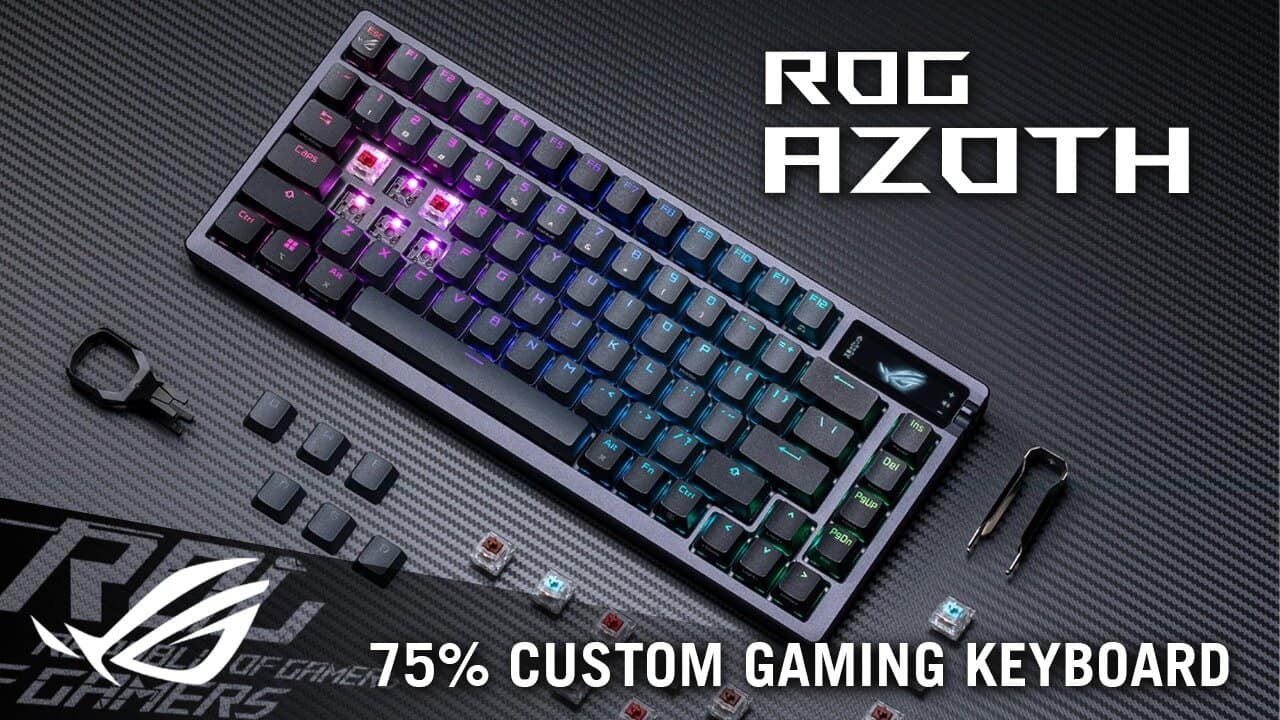 In this way, players can use Bluetooth to connect and switch between three devices at a time. With ROG SpeedNova wireless technology delivering up to 2,000+ hours of low-latency gaming in 2.4GHz RF wireless mode (OLED and RGB off). Alternatively, the keyboard can be used via wired USB. Two pairs of keyboard bases of different heights provide up to three tilt positions.

Also, what do you think about all these products? (There’s more!) Share your thoughts in the comments box below.

Avatar: The Water Road is set to surpass $1.5 billion in global gross