Hyundai, BYD and Polestar will be the first to offer car owners access to the NVIDIA GeForce NOW gaming service

Yesterday it became known that the GeForce NOW cloud gaming service has not only been updated in terms of performance and pricing policy, but also penetrated into the automotive sector. Users of laptops, tablets, smartphones and smart TVs already have access to this service, but now they will be accompanied by car owners with fairly high-speed access to the global network. 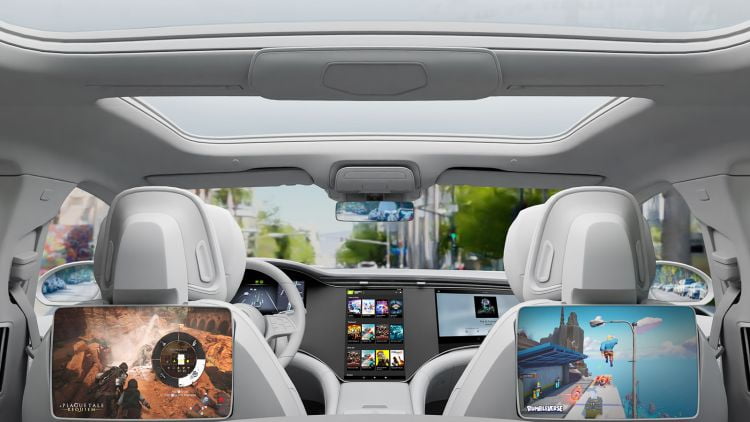 As NVIDIA explains, to work with GeForce NOW in-car entertainment system, it is enough to use the Google Android operating system or run the corresponding service through a browser. More than 1,500 games will be available to car owners, of which more than 1,000 can be played with a controller. If games are available to the driver and front passenger on the front displays while parked, then with monitors in the back row, passengers will be able to play directly while driving.

The first to support GeForce NOW in their vehicles are BYD, Polestar and the Korean concern Hyundai Motor Group, which produces cars under the brands Hyundai, Kia and Genesis. In the latter case, compatibility will be ensured by those vehicles that are equipped with entertainment systems based on the NVIDIA DRIVE platform. Chinese EV and hybrid manufacturer BYD will begin offering cars with the NVIDIA DRIVE Hyperion multimedia system this semester, while Volvo Sino-Swedish will equip Polestar 3 EVs with NVIDIA DRIVE Orin-class on-board systems. Of course, the list of vehicles supporting GeForce NOW will not be limited to these models, and the ability to run the service in a car will be largely determined by the availability of access to it in a particular region of the planet.

At less than 10 euros, the Prixtel mobile plan is perfect to start 2023

Ronaldo presentation, terrible selfie of Infantino, Chelsea in the race for Mudrik

New gameplay trailer for MMORPG Throne and Liberty from NCSoft

After Doom, Zelda also lands on an unexpected medium!