LG at CES: From foldable OLED displays to screens and speakers for cars 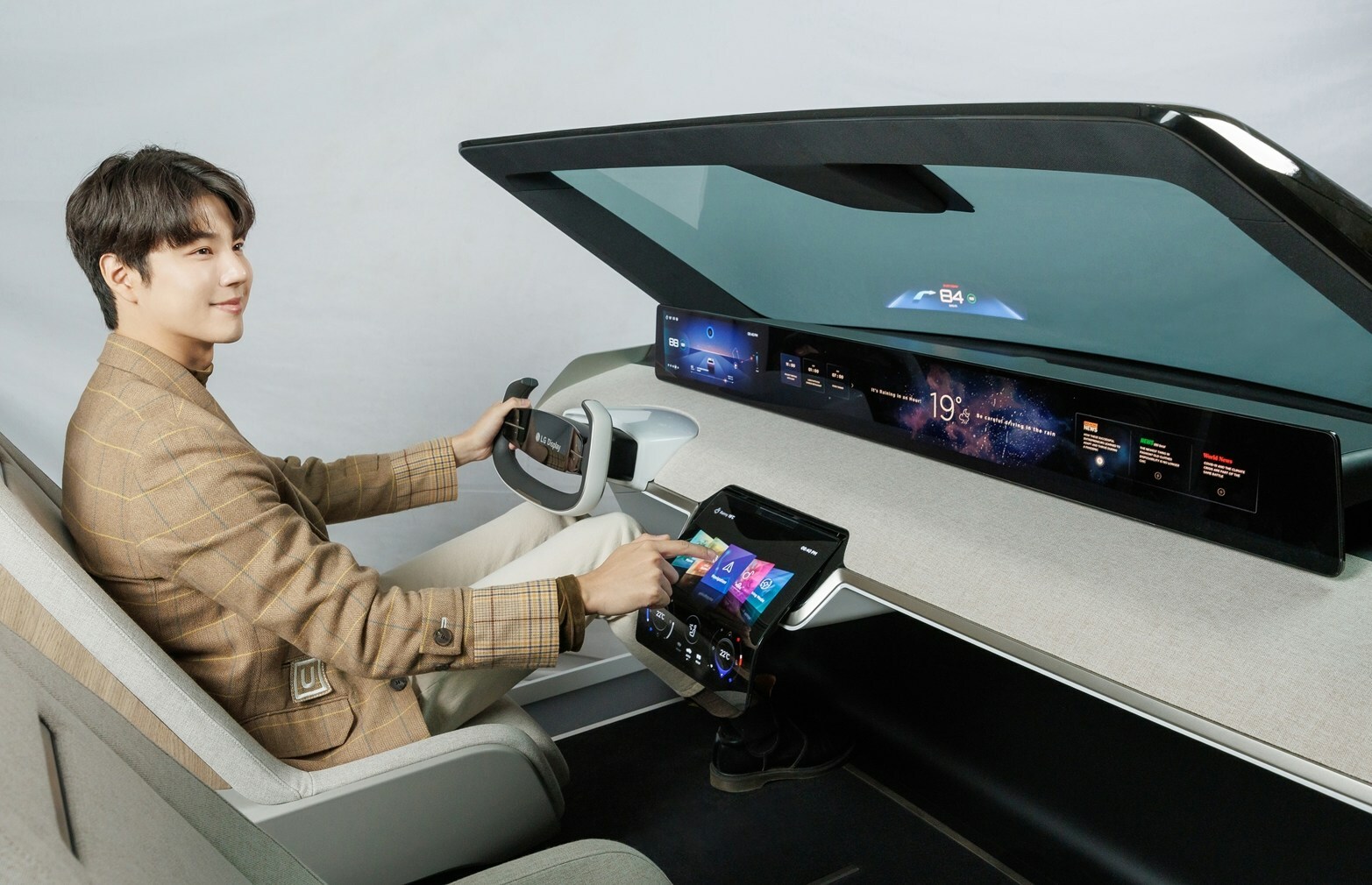 LG’s display division wants to make a splash with new products at CES and announced that it will introduce small to medium-sized OLED and automotive display solutions. LG speaks of “futuristic display products”, which is not entirely exaggerated, because foldable displays should also be part of the idea. LG wants to introduce a 17-inch OLED display with a touchscreen that can be folded in half to transform it into either a tablet or a portable monitor.

Another 8-inch 360-degree OLED display is said to fold in both directions and guarantee durability with over 200,000 folds, while wrinkles along the fold areas are said to be minimized. LG would also like to present its OLED display range, which ranges from the largest 92-inch display to 77, 65, 45, 42 and 27-inch OLED TV panels to the smallest 0.42-inch display suffices.

Matching: LG OLED 2023: Brightness Booster Max with up to 70% more brightness and other innovations

New movable OLED concept designs are also on the horizon. Another 27-inch concept is OLED Glow, which is not only adjustable in height and angle, but is also equipped with touch technology. Alongside this, LG will also present its two new Ultragear gaming monitors, a 45-inch ultrawide OLED model and a 27-inch OLED display, which were announced back in November. Starting this month, LG wants to mass-produce its gaming OLED panels.

LG Display with innovations for the car

However, the manufacturer would also like to expand its portfolio in the automotive sector and therefore present new displays for vehicles that rely on the technologies P-OLED and LTPS (Low-Temperature Polycrystally Silicon) LCD. According to LG, these enable larger displays with higher resolutions and “distinctive, practical designs”. For this, the company comes up with a 34-inch P-OLED display, the world’s largest for cars according to the manufacturer, which uses an ergonomic structure that allows the driver to have a clear view of both the dashboard and the navigation system at the same time.

The manufacturer also speaks of an LTPS LCD heads-up display, which should be able to achieve a brightness of 5,000 cd/m². Another innovation is a 3D display panel, which aims to maximize the 3D effect of the display using the latest eye-tracking technology. Ultimately, LG also wants to get involved in the sound area and has the so-called “Thin Actuator Sound Solution” up its sleeve. This device should be able to vibrate display panels or materials in the interior of the car, for example, to create a more intense, 3D immersive sound experience, as the manufacturer emphasizes. The Thin Actuator Sound Solution measures 150 by 90 mm, is 2.5 mm thick and weighs 40 g, which is said to make it significantly thinner and lighter than conventional car speakers.

Elon Musk's SpaceX Will Take Tourists Around the Moon This Year

This good Lenovo Chromebook, ideal for office automation, is on sale at -43%

Big news at G2 Esports: from League of Legends to partnership with Lenovo