LG is taking advantage of CES in Las Vegas to unveil its new innovations in terms of screens dedicated to the automobile. On the program, various advanced technologies for the infotainment systems of the electric cars of the future as well as the revelation of a more immersive audio solution. 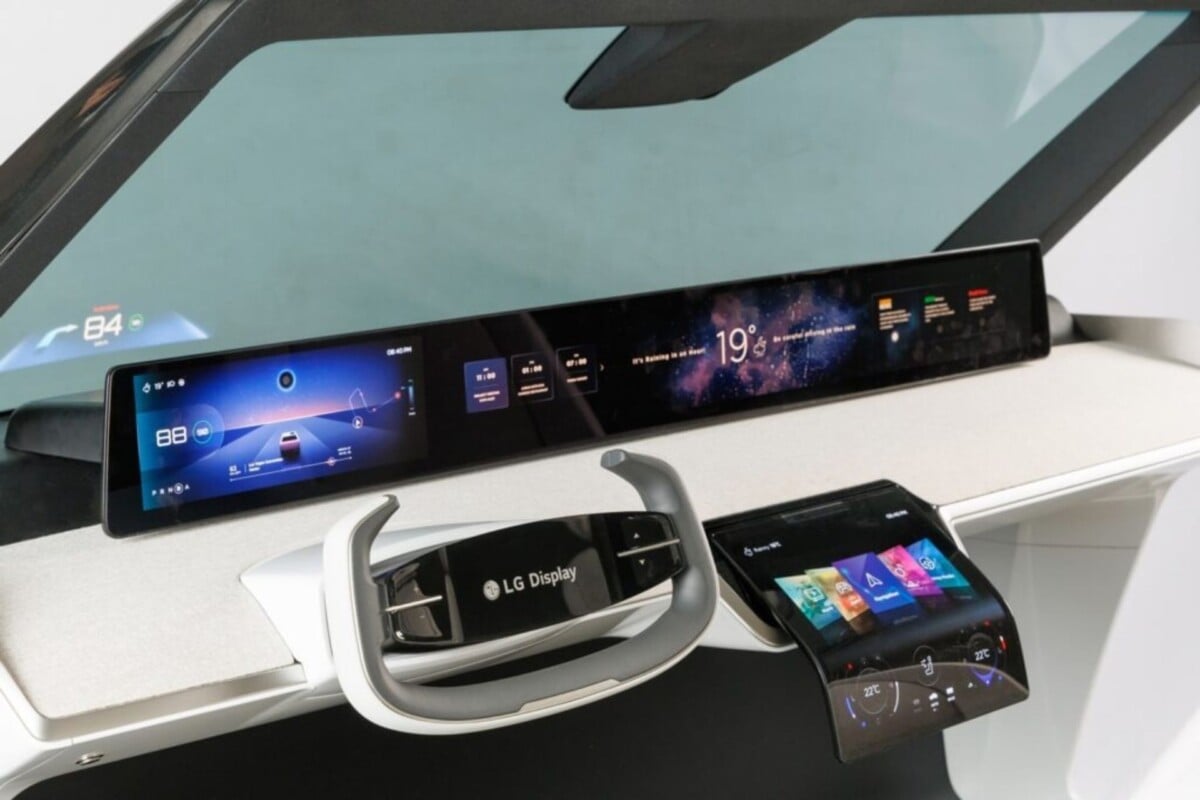 This is one of the most anticipated events of the year, which opens the ball for international trade fairs every year. This is of course the CES in Las Vegas, which will begin this Thursday, January 5 and will continue until Sunday, January 8. Dedicated to tech, it has been attracting more and more car manufacturers for several years, to the image of Mercedes which had lifted the veil on its Vision EQXX concept during this event. And for good reason, cars today are real smartphones on wheels, becoming more and more independent of innovations in screens and on-board technologies.

And precisely, a company will be present in particular during this new 2023 edition of the Consumer Electronics Show to present its novelties and innovations. This is LG, which has just unveiled a new range of OLED televisions. If the firm is losing momentum on the smartphone market, it wishes on the other hand more than ever to develop on that of on-board screens in the automotive world.

Already supplying the General Motors group and in particular the Cadillac Lyriq with its large 33-inch OLED screen, the firm wants to go even further. In its press release, it announces the new products it will present at CES in Las Vegas. Gathered under the slogan “Advanced Mobility Lifestyle“, these will notably take the form of screens with more advanced technologies. 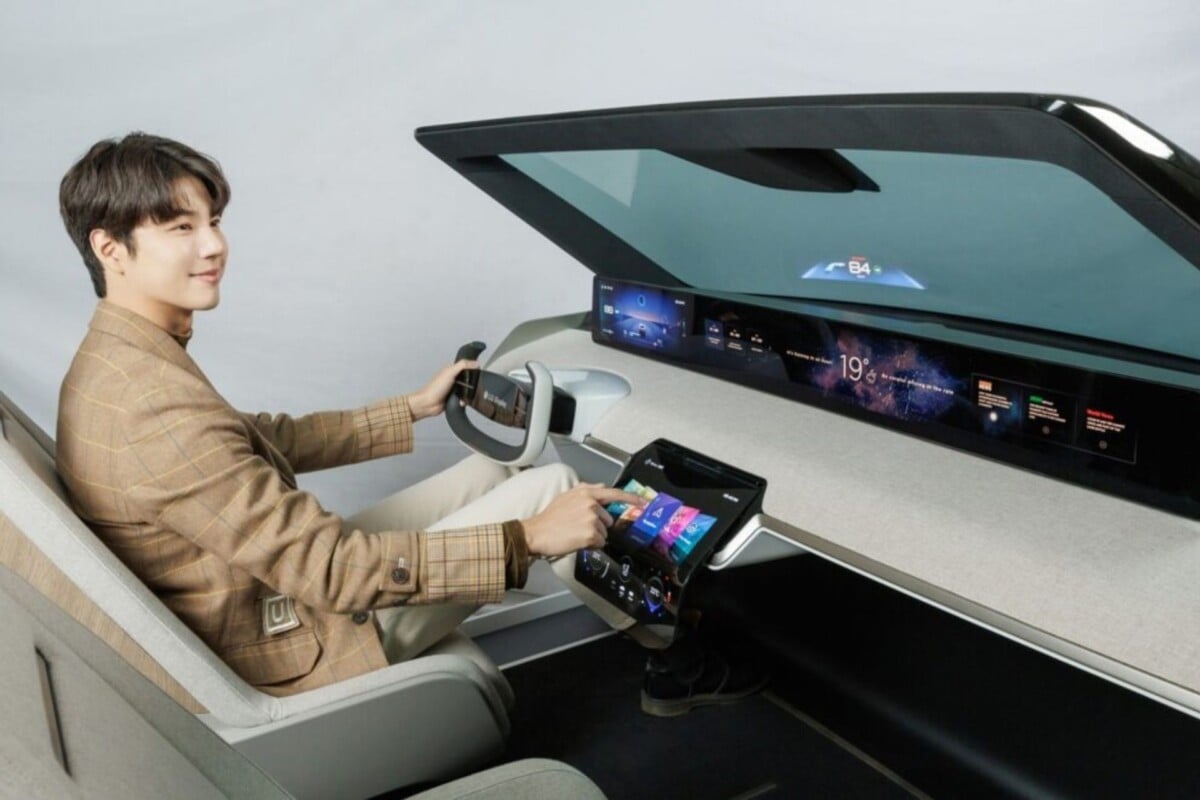 Among them are the P-OLED, an innovation inspired by OLED screens (Organic Light-Emitting Diode) that we know. As a reminder, this technology uses organic diodes, which each produce their own light, without using a backlight. Thus, the brightness is better while the colors are more intense and the blacks very deep. Where the P-OLED stands out is in its flexibility. Thereby, screens with this technology can bend and are lighterwhich facilitates their integration.

But that’s not all, because LG will also present LTPS (Low Temperature Polycrystalline Silicon) LCD screens during the show. This technology, already known for several years, uses polycrystalline silicon, a material synthesized at low temperature. It has many advantages, such as a maximum theoretical density of 500 pixels per inch, as well as lower energy consumption. A real asset for the electric cars of tomorrow, which could help improve their autonomy.

But that’s not all. Indeed, the company based in South Korea and which also supplies batteries to certain electric cars, including the Buick Electra E5, is also unveiling a new innovation. And this time, it concerns the sound experience on board future cars that will be equipped with it. The rival of Philips, Panasonic and Samsung will present sa technologie Thin Actuator Sound Solutionwhich will arrive on production cars from the first quarter of 2023.

Replacing traditional speakers, this solution is thinner and lighter, since the “speaker” measures only 2.5 millimeters thick and 150 x 90 millimeters wide. All with a contained weight of 40 grams as explained by the Tadviser site. This system uses excitation technology, which then vibrates the screens and materials in the cockpit. As a result, sound travels better, providing a more immersive experience for vehicle occupants. 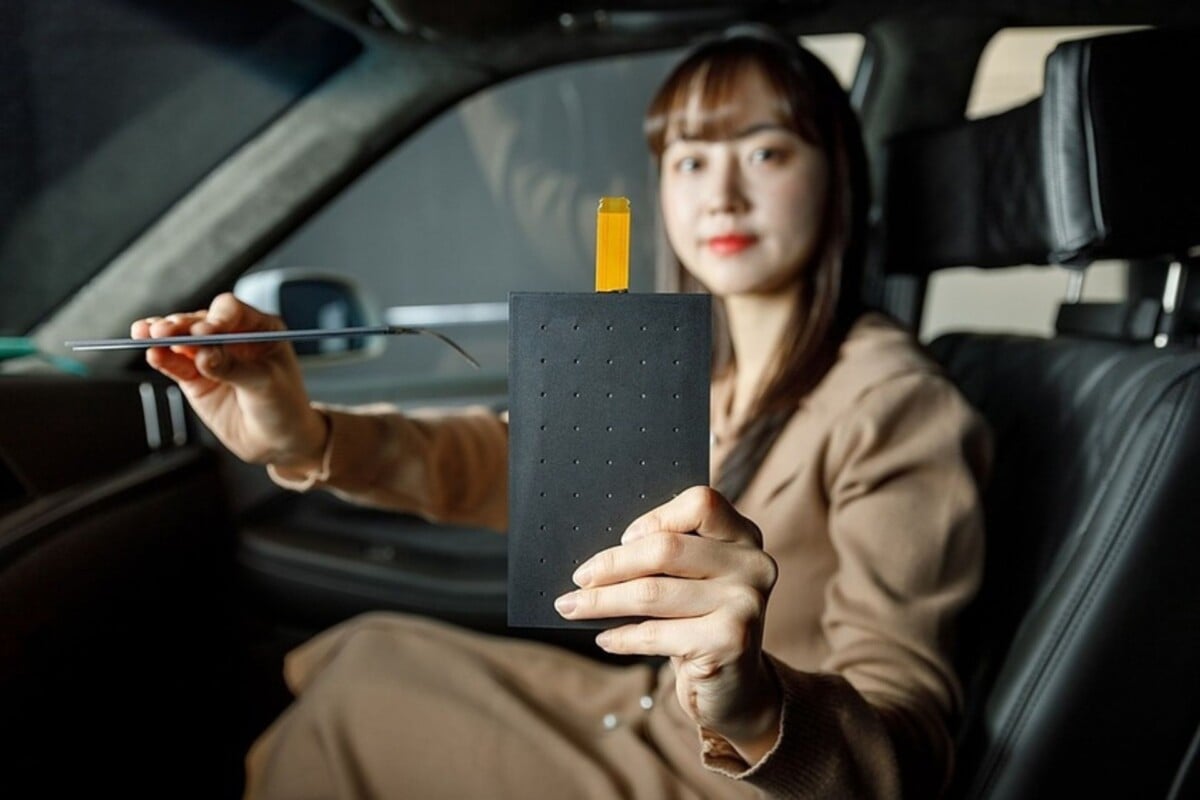 In addition, this technology is also more environmentally friendly, since it does without neodymium, a rare earth present in the magnets of traditional loudspeakers. Its extraction, mostly carried out in China, is particularly harmful to the environment, releasing many pollutants into the soil and rivers. The other advantage of this Thin Actuator Sound Solution is that it can be installed anywhere in the car, making it possible to adapt to technical and design constraints. 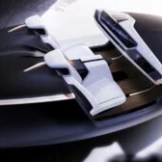 Stellantis, via its Chrysler brand which it intends to relaunch soon in Europe, presents its vision of the interiors of the (electric) cars of tomorrow. On the program, no steering wheel, but a maximum of entertainment and assistance.
Read more

Samsung, Apple: towards an ultra-bright OLED screen not to be watched at night

Aion Hyper GT 2023 overtakes Mercedes and Tesla! Do you know how?

Silent Hill 2: Maker talks about changes in the remake

For Avatar and Star Wars? Ubisoft Massive is looking for monetization professionals!

This is how you can remove Edge from Windows

These 3 games will be available for free on Xbox this weekend: October 20-23