The Panasonic MZ2000 was made official at CES 2023. This 4K Oled TV promises more brightness, an immersive sound experience and more enjoyable video games than ever. 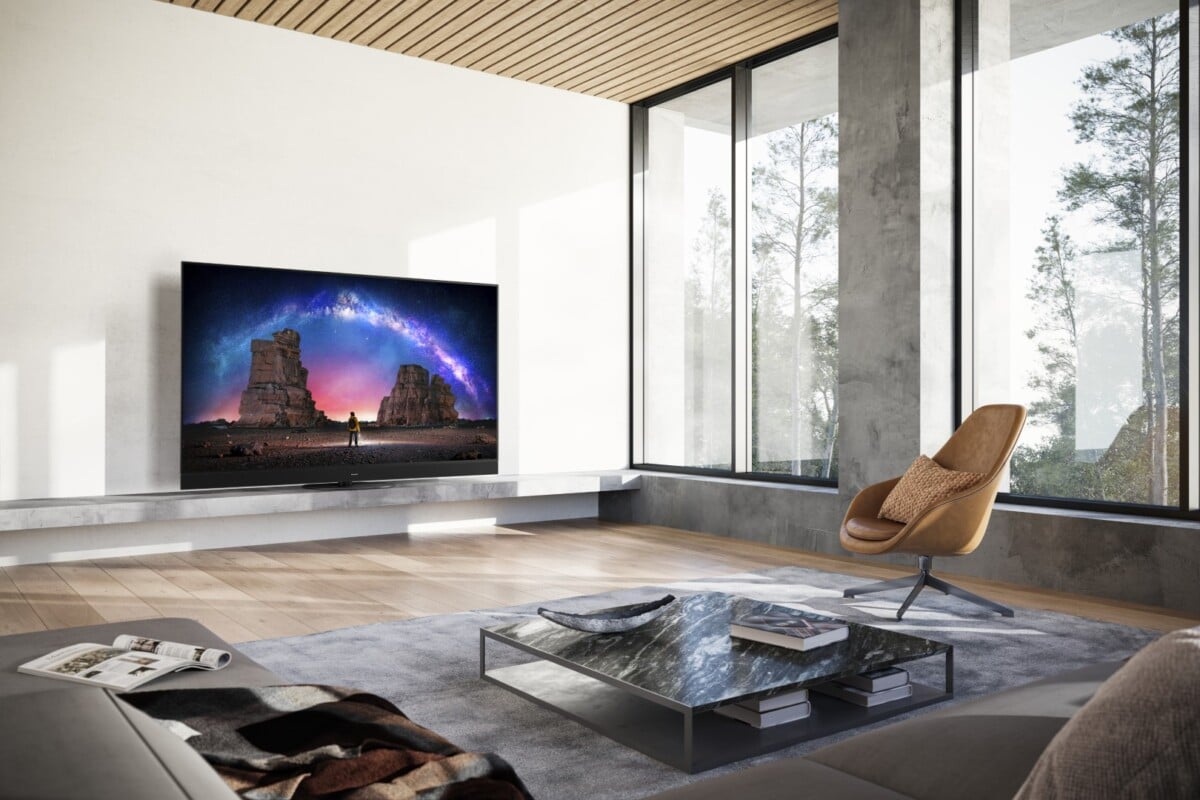 Unsurprisingly, CES 2023 is placed under the sign, among other things, of new televisions. It’s Panasonic’s turn to draw with with the MZ2000 series whose Oled and 4K panel is available in three diagonals: 55, 65 and 75 inches. Several elements are highlighted, the first of which is the improved brightness.

Thanks to MLA (Micro Lens Array, known at LG as Meta-lit Lens Array) technology to better manage the way light is emitted through the slab (while controlling heat), the 55 and 65-inches boast a 150% increase in peak brightness over the previous generation.

According to journalist Sylvain Pichot – author of several TV tests on Aroged -, the Panasonic MZ2000 thus reaches a maximum of nearly 1,500 cd/m². For its part, Samsung promises 2,000 cd / m² on the second generation of QD-OLED televisions. LG Electronics promises a peak brightness of 1,800 cd/m² on the new G3 2023.

The intrinsic quality of the images is also intended to be refined thanks to the in-house HCX Pro AI chip associated with a panel called “Master Oled Ultimate”. This duo promises “clarity in every detail, with realistic highlights and excellent color accuracy”. On the HDR side, nothing really new under the sun. Dolby Vision IQ, HDR 10+ Adaptive and HLG Photo formats are supported.

For viewing your films, a “Flimmaker” mode is available so that you can enjoy images that are faithful to the director’s vision. This option can be adjusted according to the light conditions in your living room. For example, if you are in a very bright environment, the dark tones are brightened. The streaming of content has also been improved according to Panasonic to ensure that the images always keep good sharpness.

A TV for video games

The Panasonic MZ2000 also benefits from the HDMI 2.1 standard and a refresh rate of up to 120 Hz. The manufacturer cites these characteristics to highlight the gaming experience offered by the Panasonic MZ2000. The latter also promises “ultra-low” latency and VRR. And to this is added the AMD Freesync Premium and G-Sync from Nvidia. Note that it is already available from the competition, Samsung even offers 144 Hz now.

The promises in terms of video games do not stop there since it is also necessary to count on a True Game mode which “brings all the precision of the colors of the films to the world of the game”. This will allow you to calibrate the image in your games so that they display as closely as possible to the vision of their creators. 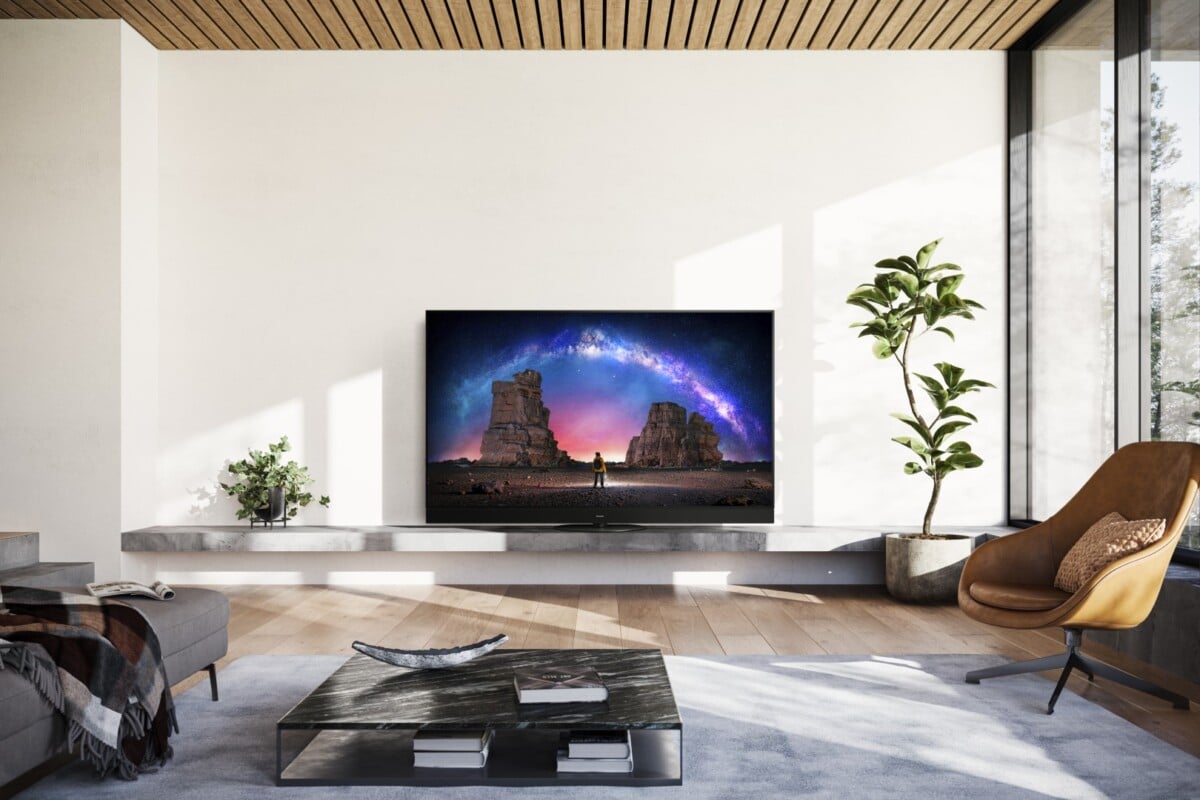 The audio component is also in the spotlight with an updated Bass Booster option for deeper bass. Above all, the Panasonic MZ2000 prides itself on an immersive sound experience thanks to “multiple built-in speakers, facing upwards, sideways and forwards” and Dolby Atmos.

In its press release, the manufacturer also mentions the possibility of adjusting the volume according to the place of the room where the people are (there are a total of three modes of focusing which direct the sound towards such or such zone).

Finally, the Panasonic MZ2000 benefits from my Home Screen 8.0. This new version of the interface is notably equipped with accessibility options dedicated to blind and visually impaired people. A collection of relaxing images and videos is also available for relaxation sessions. 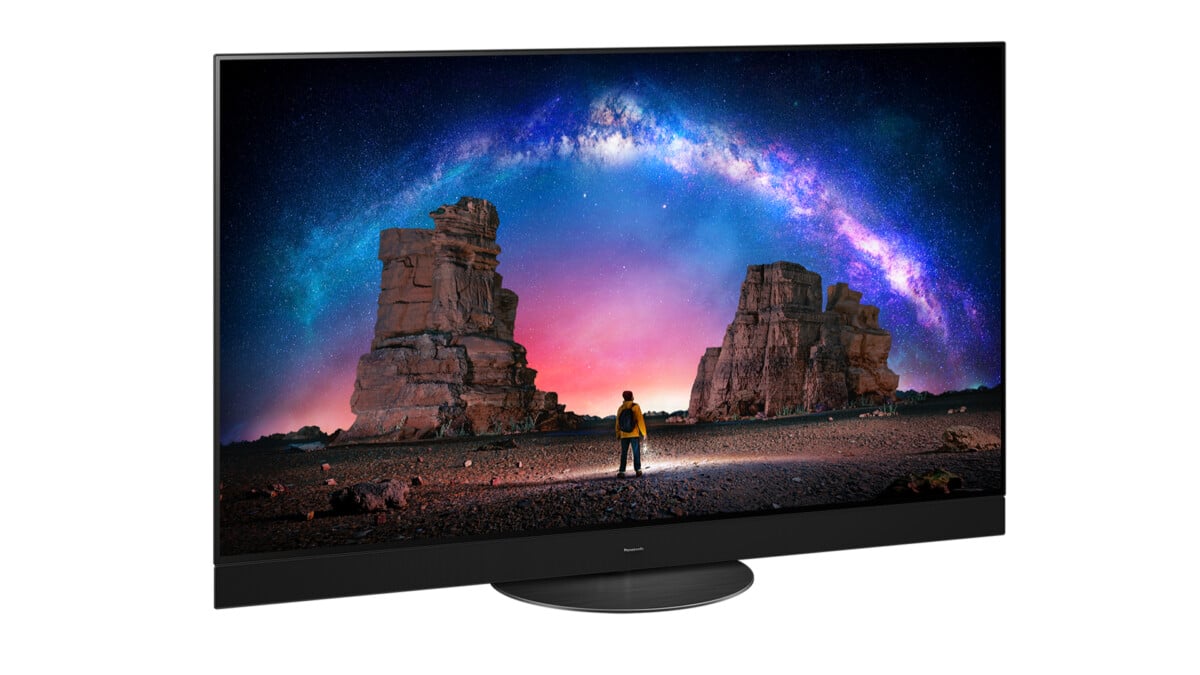 Note that the prices and the release date of the three diagonals of the Panasonic MZ2000 have not yet been communicated. Generally, this range of televisions does not arrive until autumn in Europe, a few months after the other manufacturers.

The Last of Us: A new artwork for the multiplayer project & current sales figures for the series

Hogwarts Legacy and the Incendio spells: the fire of hype blazes in the new video

WoW: Who should succeed Neltharion? Sabellian or Wrathion?

Assassin’s Creed: the Netflix TV series has lost the showrunner for “vision differences”