The American firm Nvidia unveils at CES in Las Vegas the integration of GeForce Now, its cloud gaming service, in the vehicles of several major manufacturers. Among them, Hyundai, BYD and Polestar. Enough to compete with Tesla, whose Model S and Model X now integrate the Steam catalog. 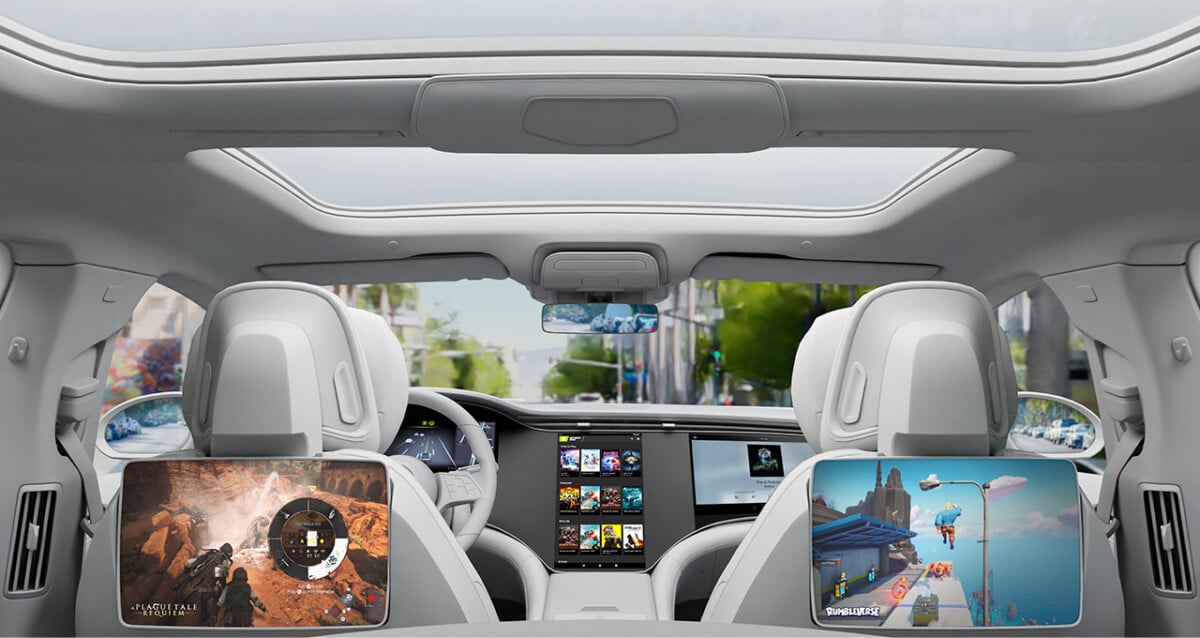 Only a few hours left before the start of the edition of the Consumer Electronics Show (CES) in Las Vegas, which will open its doors to the public from January 5 to 8. The opportunity for many companies to present their latest innovations in many areas. And especially the automobile. After LG Display, which unveils its screens of the future, it’s the turn of the American company Nvidia to make an interesting announcement for gamers and drivers.

It has been several years since the firm, founded in 1993 and specialized in the development of graphics cards, offers its GeForce Now cloud gaming service, which we had already been able to test on several media. Until then, this system was only available on PC, TV and smartphone. But that will soon change.

Indeed, and as the company announced in a press release during CES as well as in a video posted on YouTube, it will soon offer its cloud gaming service in the cars of certain manufacturers. Three have already positioned themselves, namely the Hyundai group (including Kia), the Chinese giant BYD and Polestar. The Californian firm is already working with Mercedes, in order to support it in the development of autonomous driving. As a reminder, the EQS has now reached level 3, now authorized in France since last September.

The owners of the vehicles concerned will therefore be able to play video games while they recharge their car, for example. As Electrek points out, rear passengers will also be able to take advantage of this technology whether screens are installed on the headrests of the front seats, as can be seen in the video published by Nvidia.

Several platforms will be supported, including Steam, EA, Ubisoft, allowing fans to play many video games from these different catalogs. Among them, The Witcher 3: Wild Hunt, Fortnite or even Cyberpunk 2077. If the GeForce Now service is already available in Europe and the United States, rivaling the Xbox Game Pass, Amazon Luna and Playstation Plus, no launch date in the cars have only been announced by the company. We just know that the games will be played on the controller.

With this new solution, Nvidia comes directly to the land of Tesla, which has been offering access to the Steam catalog on its Model S and Model X since the last Christmas update. Nevertheless, the two technologies are different in many respects. . Unlike Elon Musk’s firm, which requires games to be downloaded directly to the car, Nvidia’s GeForce NOW service is cloud-based. 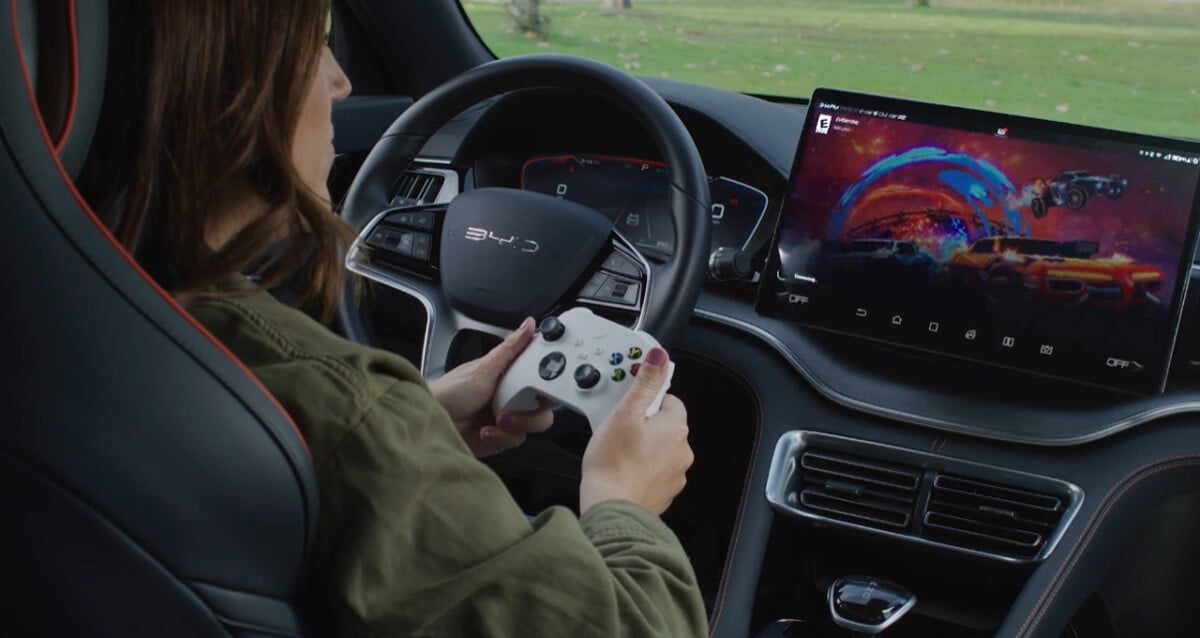 There is therefore no need to have enormous computing power, unlike at Tesla, whose infotainment system claims 10 TeraFLOPS, thanks to the integration of an AMD Ryzen chip, similar to the PS5 and Xbox Series X. However, players who subscribe to the highest-end version of Nvidia’s service will have access to a power of 64 TeraFLOPS. For comparison, that’s five times that of an Xbox Series X.

A performance made possible by the new new graphics card architecture, Ada Lovelace, which already equips the RTX 4080 and RTX 4090. But there is still a small drawback to all this. Indeed, and contrary to Tesla, it will be necessary to always be connected to play the games offered on the GeForce Now catalog. It will therefore not be possible to use it if you are parked in an area without coverage. It will also need a good speed to be able to enjoy a decent gaming experience. 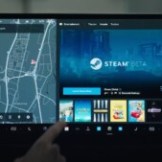 Some Teslas turn into real game consoles thanks to the latest update that brings Steam to the main screen. However, depending on your configuration, you will potentially be excluded. Let’s take a look at the…
Read more

Nuclear War Simulator: Education about the real consequences of a nuclear strike

Gummy bears for beauty? That’s behind the snack hype

How to enable developer mode on Android?

DIY cooling: Core i9 cooled with a four-kilogram copper cylinder

This Amazon connected speaker pack + Meross connected plug is at -65%

Final Trailer of Disgaea 7 – Introduction of the Characters