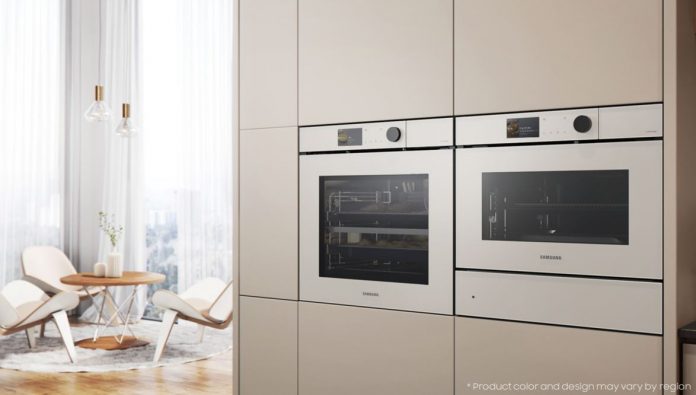 Samsung now also has a built-in oven with which you can live stream your baking process.

Water you’re looking at doesn’t boil faster because of that. It is almost impossible to actually see a cat out of a tree, and that is certainly not possible with an apple. Whether staring does help with oven dishes, you can now also discover that from a distance thanks to Samsung.

The Dual Cook Steam™ Oven 7 series has an AI camera inside. With this you can not only provide photos and videos or make a timelapse, but effectively livestream the progress of your frozen pizza to social media. For videos, the recording speed is even adjusted automatically so you don’t miss any highlights.

Now that Gordon Ramsey is making TikTok unsafe, Twitch can also be used to make culinary content, right? With popular streams, your sandwich may be baked!

Is that the only thing you can do with that camera? Certainly not. For example, you can keep an eye on your food via the screen or via the SmartThings app. You can also use the latter to operate the oven remotely. The system also recognizes a number of dishes and will suggest preparation time, temperature and other settings based on that.

The AI ​​also recognizes certain ingredients and can suggest recipes. But I think you have to put a bowl of food in the oven for that… If you forgot to keep an eye on your macaroni despite all the options, don’t worry: the system warns you if your dish burns.

It may be the most striking feature, but the AI ​​camera is of course not the only function of this oven. Dual Cook Steam™ means that you can cook and steam at the same time with this appliance. There are several zones that can operate simultaneously (but independently of each other). You can even add steam if needed. Other techniques you can use include Air Fry or Air Sous Vide.

Operation on the device itself is via a 4.3-inch display, with a single button. The system learns your usage pattern and will display the most commonly used options based on that. You won’t find a handle, the oven door opens via a click system.

Have you always wanted to share the progress of your cupcakes, lasagna or ribs with the world? Has that been prevented until now because hanging half in an oven with a smartphone is a bit difficult? At least you now know which device you need to purchase to make that dream come true.

Google Pixel 6 Pro promotion: the best photophone of the year 2021 is attacking 2023 with a great price!

But once Halep beat. Snigur lost to the Australian in Canberra

Aroged Awards 2022: these were the public’s choices!