For a period of time, Activision made substantial profits with the Skylanders series. But at some point the Toys-to-Life bubble burst and the company killed the series. As a survey now suggests, one could think about a revival. Completely without compulsory figures. 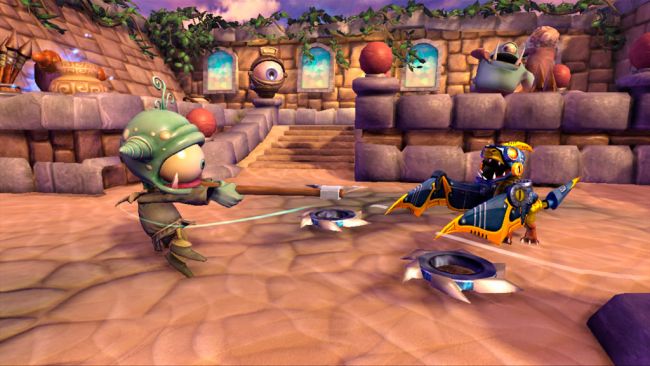 In the early 2010s, toys-to-life games were a brief but intense hype in the industry. Small plastic figures could be transferred to games via NFC or similar techniques. There they unlocked new sections, mechanics or characters. Of course, some developers jumped on the bandwagon, because the idea appealed primarily to children and the coupling of constantly new miniatures to fresh content brought a lot of money in the short term.

Above all, the Skylanders series from Activision and Toys for Bob rode the wave of success. However, the enthusiasm quickly waned again and so the mobile offshoot Ring of Heroes was finally pulled the plug one after the other. However, a poll by Activision now suggests that Skylanders are considering a return.

On Reddit, a user who recently played Crash Bandicoot 4: It’s about Time posted the information. The survey asked about favorite genres, after selecting “action platformers” questions about Skylanders followed. Suspicious enough, the other slides in the survey painted an even clearer picture.

Accordingly, Activision is at least considering putting together an HD remaster collection. Skylanders: Spyro’s Adventure, Skylanders Giants and Skylanders Swap Force are said to be included. The fourth quarter of 2023 is planned as the release date, and potential names for the collection already exist: Skylanders Anthology, Skylanders Portal Pack or Skylanders Eons. It is also particularly exciting that the collection should be playable completely without figures. So Activision seems only interested in a few extra dollars and not in a revival of the toys-to-life sector.

The third and last promised clip for this Sunday’s game revolves around the “Wrecking Ball”.

Cycling in 2022: a more than positive assessment, but still too unequal

Microsoft x Activision, the agreement in 2023: other concessions to come, for analysts

Buying a TV to use as a monitor is a bad idea!

Xbox: Developer_Direct will run for 43 minutes, teams and games to look forward to at the show announced in advance