Techland released a small patch 1.8.3 for Dying Light 2 on January 4 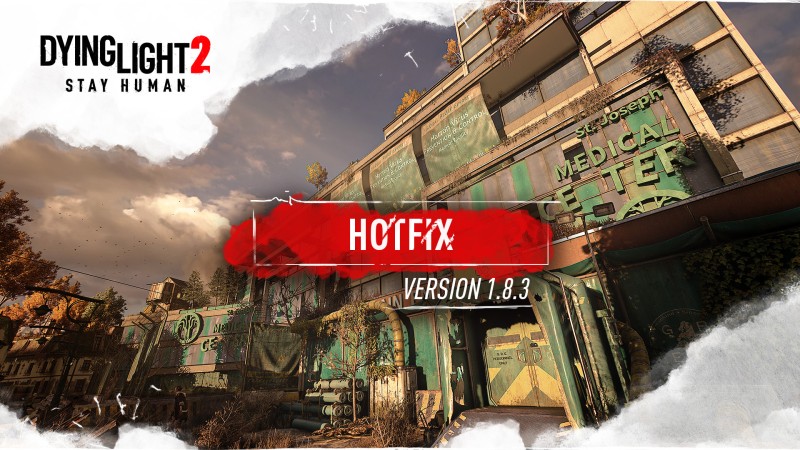 Update 1.8.3 for Dying Light 2 is available now for PS4, PS5, Xbox One, Xbox Series and PC. Techland has shared a new update for Dying Light 2 that fixes the game to version 1.24 on PS4 and PS5. This appears to mark the end of the Winter Tales event and contains minor bug fixes.

With this hotfix, we wanted to address one of the major issues players were having with installing Blood Ties. This problem should be solved after a series of tests and implementations that we have done.

Fixed an issue with installing Bloody Ties after patch 1.8.2. Instances where players are unable to retrieve their saves after returning to the game’s main menu.

Dying Light 2 was released on February 4, 2022 for PlayStation 4, PlayStation 5, Windows, Xbox One and Xbox Series X/S. The game sold 5 million copies in its first month of release.

The game is mostly based on melee combat and most of the fights use melee weapons. Tools such as a grappling hook and a paraglider also help with getting around the city. Weapons can be upgraded with various blueprints and components that can be found by dismantling weapons for parts.

The game takes place in the city of Villedor, a vast urban open world in Europe that players are free to explore. The map is divided into seven separate regions, each of which has its own attractions and locations. Players encounter different factions and must make decisions that fundamentally change the state of the game world.

8-Bit Adventures 2 Coming to Xbox One and Xbox Series X | S, after release on PC

From Skyrim to Halo Infinite: The city of Whiterun comes to life with Forge mode