The Chinese brand Hycan unveils its latest model, an electric minivan called V09. First reserved for the Asian market, it has a rather promising technical sheet, with its 750 kilometers of autonomy and its 800 volt system which promises very fast recharging. 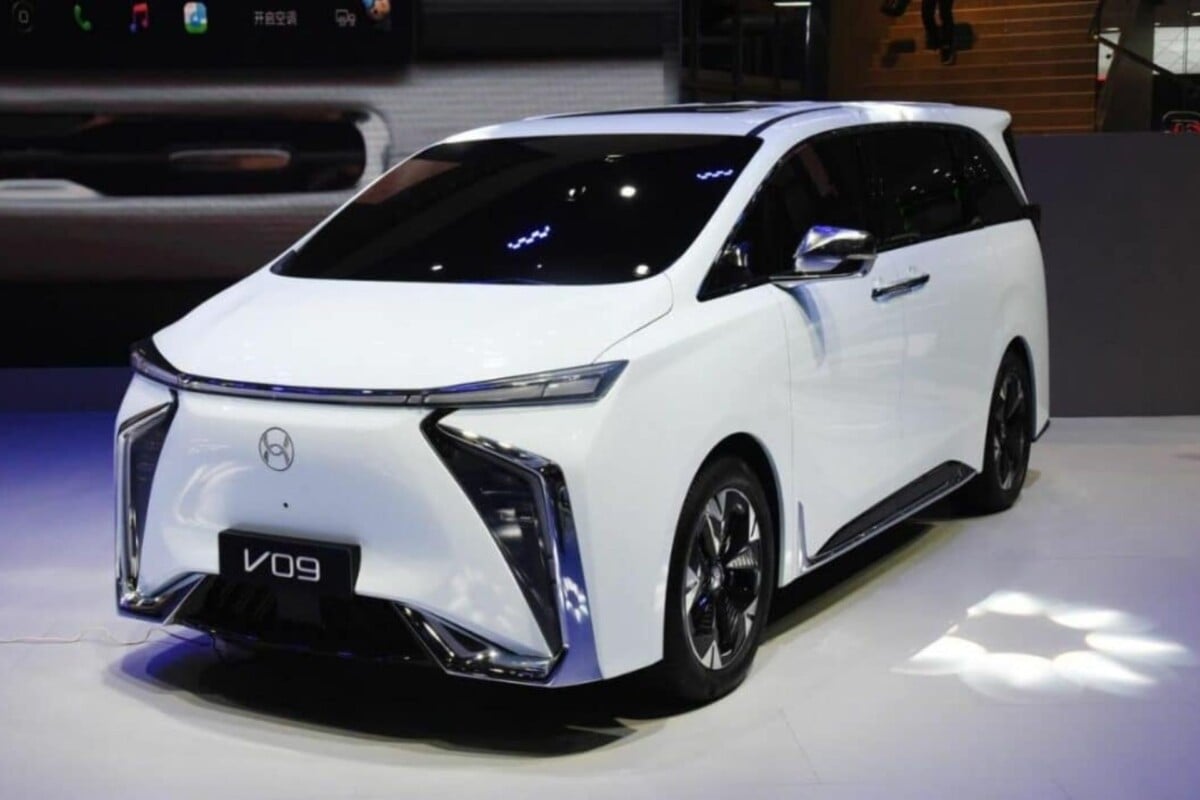 Hardly a day goes by without a new Chinese brand making headlines. After BYD, Nio, Xpeng or Geometry, founded in 2019 by Geely, the market is now being taken by storm by Asian manufacturers. And Europe is far from being spared, so much so that it could become a simple importer of cars by 2025, which of course greatly worries specialists. And now a new brand is once again talking about it by unveiling a new model.

It is Hycan, a manufacturer that was born in China in 2019. Fruit of the collaboration between Nio and GAC, this young brand unveiled its first car, the 007 in April 2020. Taking the form of an electric crossover, it was prefigured by a concept based on the Aion LX. A year later, it was the turn of the Z03 to enter the range, followed in 2022 by the A06.

At the start of 2023, it is therefore a fourth model that will enrich the catalog. Named Hycan V09 and presented at the Guangzhou show, in China, it adopts this time a silhouette of a large minivan. Inspired by the Concept-M concept unveiled last year, the production model of course sports slightly wiser lines, although still very futuristic. This is particularly the case of the front, with its huge full grille surrounded by fine optics and vertical air intakes. 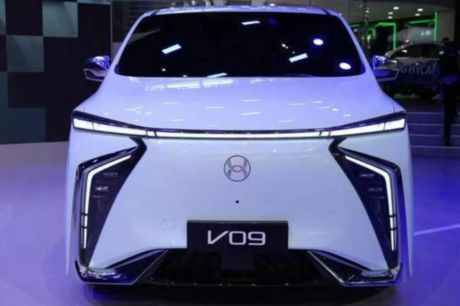 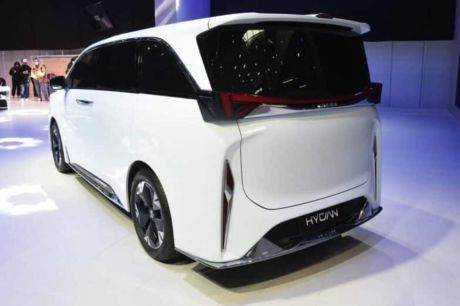 This newcomer should then compete with the Denza D9 MPV, resulting from the alliance between Mercedes BYD, as well as with the Zeekr 009. If Hycan did not give any information on the dimensions of his car, the Car News China site recalls that the maximum headroom is 1.29 meters while the wheelbase is not known. Access on board is via conventional sliding doors.

If no image of the driving position has been published by the company, it is known that the minivan is equipped with puces Qualcomm Snapdragon 8155 to operate its front and rear screens. As the It Home site also explains, Hycan has also partnered with the company Razer, which specializes in gaming products, in order to offer specific features, the details of which have not been revealed.

For now, the Chinese brand has not given any information on the power of this V09, which is based on the H-GEA platform. If we do not know the capacity of the battery (which should be around 95 kWh), nor its supplier, we do know that it will be possible to recover up to 200 kilometers in just five minutes. A performance made possible by the 800 volt architecture, which allows faster charging. It is also this technology that equips the Porsche Taycan, Kia EV6 and other Hyundai Ioniq 5.

Thus, the battery will be able to collect charging power up to 380 kW (4C), a record while the most efficient models currently marketed in Europe peak at 300 kW with the Lucid Air. This is not an all-time high, however, as Xpeng’s electric car, the G9, peaks at 480kW (5C) and takes just 15 minutes to go from 10% to 80%.

The electric minivan will then be able to travel up to 750 kilometers in a single charge, probably according to the Chinese CLTC cycle. Attention, because this one is much more optimistic than our European WLTP, and the autonomy should then rather get closer to 637 kilometers. 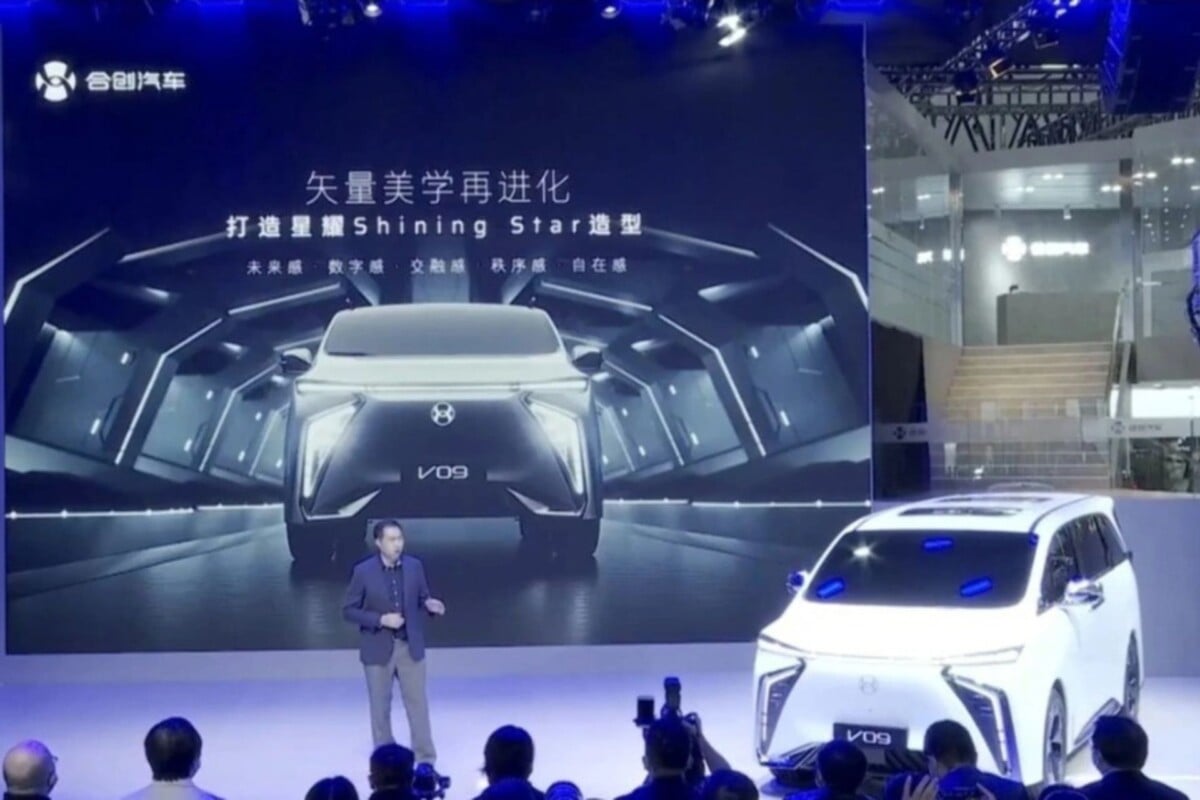 Finally, it is also specified that this new Hycan V09 will be compatible with level 2 semi-autonomous driving. Indeed, the vehicle is equipped with 24 sensors, including a laser radar, various cameras and millimeter wave radars. Depending on the brand, the vehicle can then detect pedestrians up to 100 meters and cars up to 250 meters upstream.

For the moment, no launch date has been announced by Hycan, which also does not give the price of its vehicle. This will first be marketed in China, but it is not excluded that it arrives one day in Europefollowing in the footsteps of many other brands. 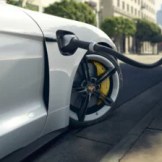 It will not have escaped your notice that in addition to the autonomy or the power of the battery, we hear more and more about the voltage of the car. No, it doesn’t tell you…
Read more

Microsoft weathers a storm: Windows collapses and the EU adds another layer

God of War Ragnarok: Player destroys the final secret boss in 26 seconds without taking any damage