Wizards of the Coast: D&D owners are discontinuing at least five video games

The new year doesn’t seem to be getting off to a great start for Wizards of the Coast, as the company is shelving several video game projects ahead of release. But the all-clear is given for fans of big brands like Dark Alliance and Baldur’s Gate. 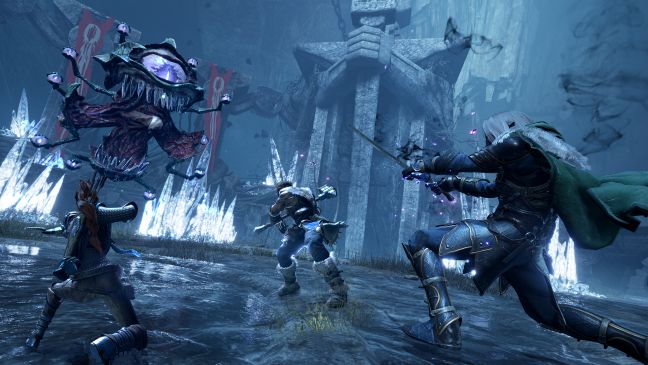 At the start of the new year, Wizards of the Coast has confirmed that it will discontinue at least five video games it has planned to date; the development work will therefore no longer be continued. This emerges from a statement that is available to the renowned Bloomberg magazine.

The makers behind the big RPG brand Dungeons & Dragons say they want to focus more on video games and brands that they believe will actually have a bigger future. The bottom line is that many of the “seven or eight” projects confirmed in 2019 will no longer see the light of day.

2022 was quite promising for Wizards of the Coast, after all they were able to open additional studios in Texas, Montreal or Austin. In addition, the long-awaited RPG epic Baldur’s Gate 3 has at least made a successful start to Early Access and has trumped the Dark Alliance, which has received mixed reviews.

“We’ve made some changes to our long-term portfolio to focus on games that are strategically related to the development of our existing brands and that show promise to delight our customers in new ways. “

The focus on existing brands should bode well for Dark Alliance or Baldur’s Gate 3; these two games, which were counted among the seven to eight projects in 2019, are likely to be pursued further.

For the other five to six games, it could now look rather poor. OtherSide Entertainment and Washington-based Hidden Path Entertainment could be affected; both were working on a D&D open world game. Invoke Studios, acquired by Wizards of the Coast, was recently working on a D&D AAA game based on Unreal Engine 5. And: It could also be bad for the sci-fi RPG from the former BioWare developers around Christian Dailey and James Ohlen looks. We’ll keep you up to date!

Dark Alliance takes off tomorrow; there is a launch trailer to go with it.

Overwatch 2: Battle for Olympus event unleashes powers of the gods

Hogwarts Legacy in the PLAY3.DE interview: “It’s more Hogwarts than you’ve ever seen”