Right at the start of the new year there is fresh news about World War Z: Aftermath, because the zombie shooter is now being optimized specifically for the new consoles. You can also look forward to a fresh game mode. 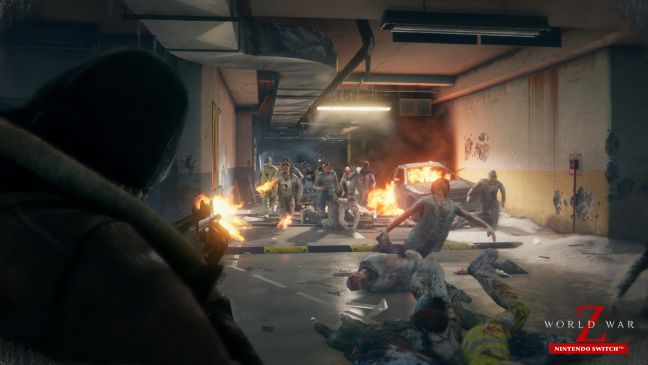 Saber Interactive is taking World War Z: Aftermath, originally released for PS4 and Xbox One, to a new technical level, because: In the future, the cooperative zombie shooter should shine on the newer platforms PS5 and Xbox Series X/S. From January 24, 2023, there will be a free upgrade for owners of the last-gen version. If you gamble on one of the newer consoles, you can look forward to special technical improvements. Above all, the upgrade to PS5 and Xbox Series X/S brings 4K display at 60 frames per second.

Far from this technical optimization for buyers of the current generation of consoles, there is also something new in terms of play: the Horde mode XL. This is then exclusively available in Aftermath on PS5, Xbox Series X/S and also the PC – so the last-gen consoles and the switch are left empty-handed.

Horde Mode XL follows the same game rules of the standard Horde Mode that you are already familiar with. However, there is a new Tiwst: between the normal enemy waves there are also special XL waves, which at times consist of over 1,000 hungry zombies. You and your team then have to master an even greater challenge in order to survive.

Accompanying this upgrade is a general game update for players on all platforms, introducing new mutators in the default Horde Mode Z. There are also some new weapons and a revised and improved weapon progression system on board.

The next-gen update for World War Z: Aftermath, including Horde mode XL, will be released in January.

CES: LG's Signature OLED M TV is 100% wireless, except for the power cable

Xbox Game Pass: What is the best game of January 2023?