Electric pickup: a new competitor for the Tesla Cybertruck and Ford F-150 Lightning

At CES in Las Vegas, American manufacturers are at home, and among them, Ram has just presented its concept car, the Ram Revolution concept, which announces the arrival of its future electric pick-up intended to compete with the latest announced by Ford, Chevrolet or Tesla. 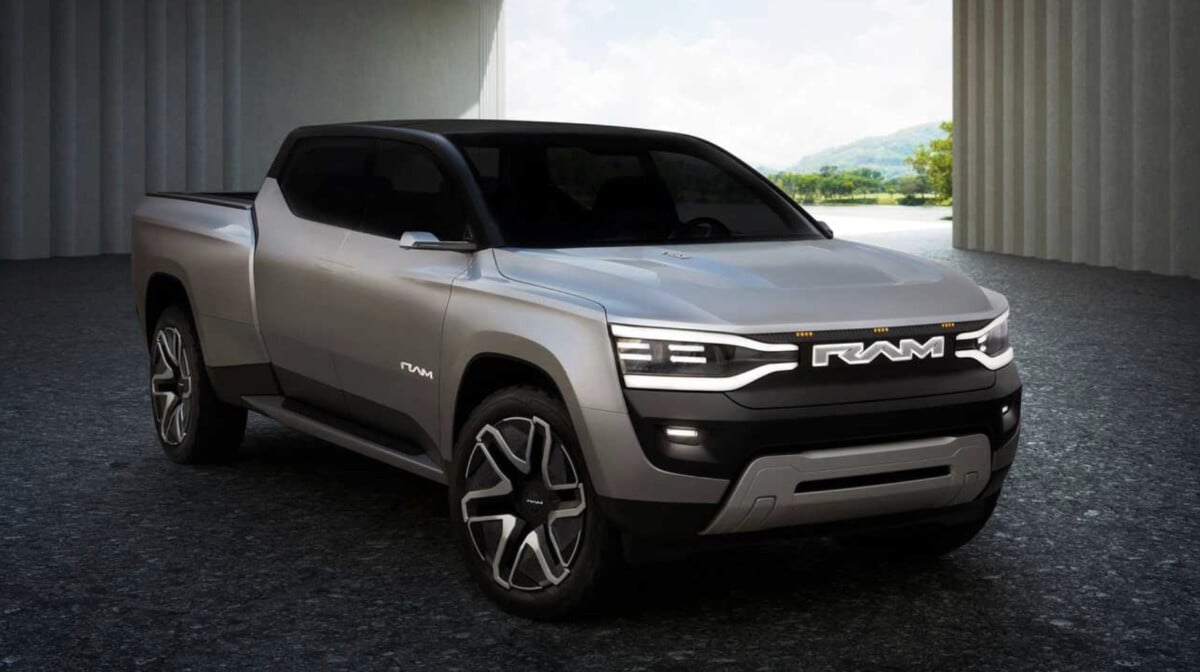 Here is a concept car that looks very close to the production model. At CES in Las Vegas, Ram has just presented a concept car of its future electric pickupwith a fairly spectacular set, but sufficiently conventional to say that it is undoubtedly the standard model at 90%.

Overall, the Ram Revolution Concept, that’s its full name, takes up the aesthetic codes of the manufacturer, while modernizing them. The front fascia has large daytime running lights that define the upper and lower parts of the optics, a large 3D Ram badge that illuminates and plastic elements highlighting its robustness.

In profile, this pick-up would almost have a sporty side, in particular with an A-pillar inclined towards the rear in a rather spectacular way. The black roof gives the vehicle a lower, stockier profile compared to other pickups. Even the Rivian R1T looks wiser next door. 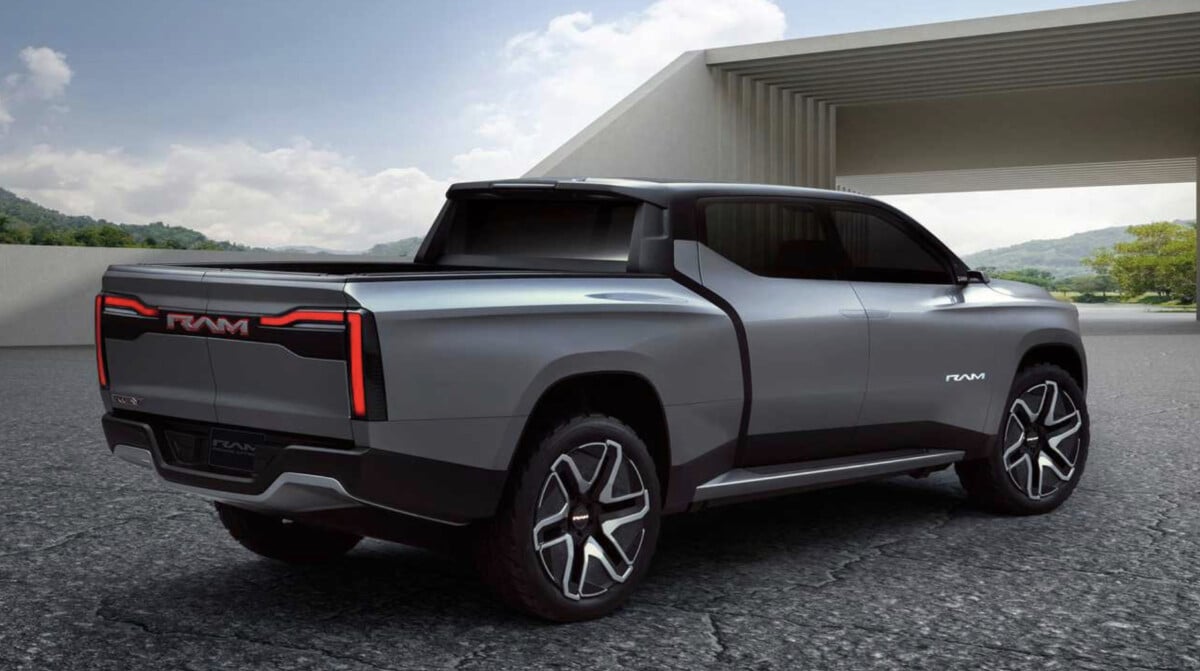 The most technological of electric pick-ups?

Inside, it’s pretty daring overall, with no screen under the driver’s eyes. Everything is concentrated on two superimposed touch screens in 14-inch landscape format in the center of the dashboard. The lower screen can be adjusted to three different positions, and it can even be removable so that the driver can use it as a tablet outside and control various functions of the pickup.

As for driving-related information, Ram says there’s an augmented reality head-up display projected onto the windshield. The vehicle is also equipped with cameras instead of traditional rear-view mirrors and a 360-degree camera system.

In terms of technology, Ram advertises Level 3 autonomous driving capability, without saying more. The concept also features exterior floodlights providing “an effective means of visually communicating information to the user”, also featuring a feature called “Shadow Mode” which allows the vehicle to follow a person on foot walking ahead. Not very reassuring, but practical for certain professions or certain activities. 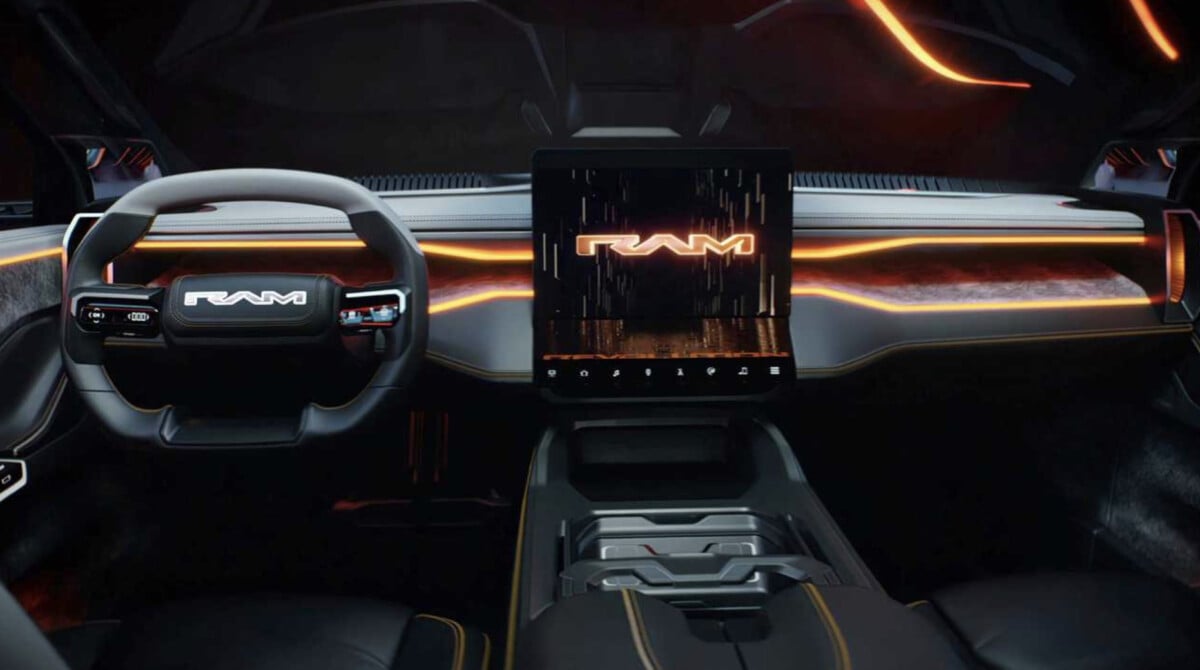 As often with concepts, technical characteristics are rare. Ram did not indicate the autonomy, but we know that this model is based on an 800 volt architecture allowing to get a maximum charging power of 350 kWenough to gain 160 km in 10 minutes according to the manufacturer.

According to the first rumors that have circulated so far, the 100% electric Ram will have two batteries of different capacities: 159 and 200 kWh. The life of the larger battery should fluctuate between 640 and 800 km according to the American EPA certification cycle. Ram is also expected to offer a range extender, a feature none of its rivals currently have.

The Ram Revolution Concept is based on Stellantis’ STLA Frame architecture and is equipped with two electric motors that give it four-wheel drive. There too, the power was not communicated, but the various rumors announce up to 885 hp.

It remains to be seen whether this model, in its production version, will cross the Atlantic. Chances are, since its two main competitors, the Tesla Cybertruck and Ford F-150 Lightning, while the Silverado EV could also land on the Old Continent. Lovers of the “American Way of Life” should be delighted. 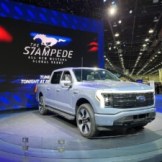 The Auto Show in Detroit, the city nicknamed Motor City, is an opportunity to see the latest in the American automotive industry in its cradle. We have detailed each model on site for you.
Read more

Amid numerous problems, Call of Duty Warzone 2.0 has collapsed user rating on Steam