From Resident Evil 4 Remake to Starfield to Wild Hearts – The Important Games 2023: Part 4

And the final batch of games we’re looking forward to in 2023. Resident Evil 4 Remake ranks high for me, but Street Fighter 6 sounds excellent too. And yes, gossip all I want, Zelda: Breath of the Wild 2 is sure to be legendary. If you missed the first three lists with all the beautiful 2023 titles, here they are:

You’ve known it for a long time: this is going to be big. Pretty big! When we first played it, we were really surprised how much Capcom changed the game for this new edition. Houses have more rooms than in 2004, encounters are different, and the panic escalation in the first village when the chainsaw man pursues Leon was completely wrong-footed in half a dozen places. Resident Evil 4 is not simply modernized in the remake, it also tries to surprise! Above all, the fact that panic doesn’t reign alone, but also a little more horror and darkness play a role, gives the great classic one or the other new facet. Now I’m curious to see if Capcom can somehow upgrade the escort-heavy back half. It’s nice that it’s already in March. (Alex) 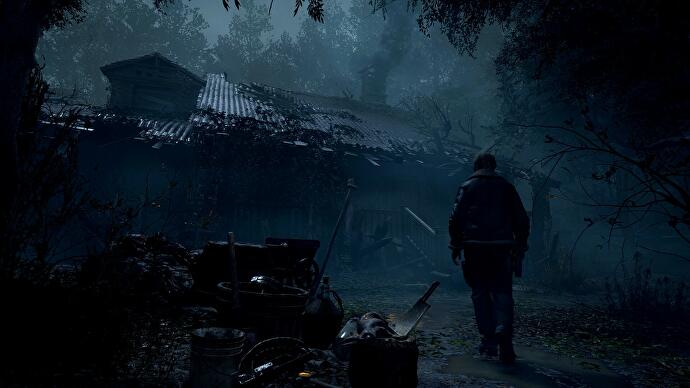 Ah yes, Ubisoft’s problem child number 3! The other two? The remake of Prince of Persia Sands of Time and Beyond Good & Evil 2. Skull & Bones is a game that feels like it just has to come out. Come what may. And you know what? I’m not sure if that’s better. The first game footage we witnessed slammed with HUD displays and disembodied the game character by not even allowing you to walk around his ship. In my opinion, that takes a lot of romance out of the privateer scenario. It’s sort of an anti-Sea-of-Thieves where you are the ship, delegate, primarily keeping an eye on the bars and gauges. Will definitely have a systemic-mechanical hand (hook) and (wooden) foot, but so far it seems to me more dry than boozy, as it should be in a pirate game. I’d still like to be taught better. (Alex) 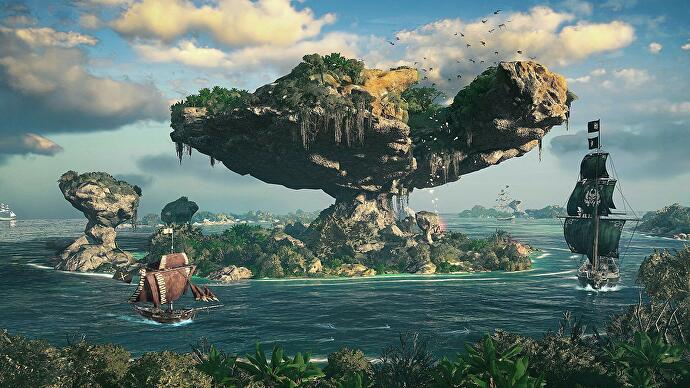 A lot has happened since Stalker 2 was on our hope list last year. The home country of developer GSC Game World currently only sometimes has electricity (or water or is not shot at by the expansion-loving neighbor) and the same neighbor has had soldiers wandering around Chernobyl in the meantime. So that the development could continue, because at the end of the day money has to be made even in war and the economy has to run, the company relocated to Prague and continued from there. Not without losses, at least one Stalker developer has already been killed in action. If all goes well, Stalker 2 will be the first Stalker on console, the most beautiful thanks to Unreal Engine 5 and the best anyway. Which isn’t going to be easy, because the other stalkers were a little ahead of their time back then. From what we’ve seen in terms of gameplay so far, it looks like at least one cool story shooter. Hopefully we’ll sort out the rest this year. Although, I wouldn’t bet on it, Stalker 2 was first announced in 2010 and was supposed to be released in 2012. (Martin) 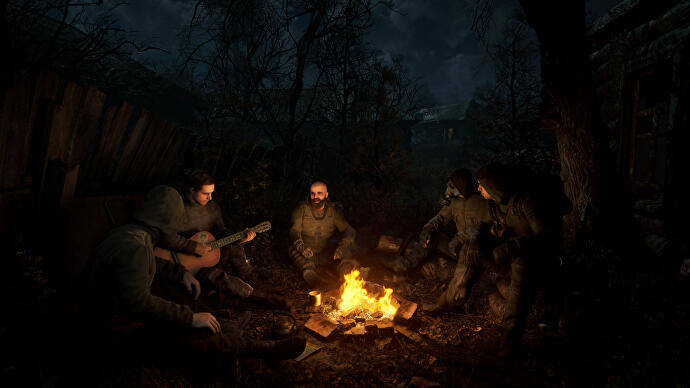 Cal Kestis’ story continues in Star Wars Jedi: Survivor, and the Empire won’t make it easy for him again. New Force abilities and lightsaber combat styles will help you overcome the challenges that part two throws at you. Again, it’s all about watching your opponents closely and striking at the right moment to exploit their weaknesses. Similarly, you should pay close attention to their attack patterns so as not to take too much damage yourself. In the sequel to one of the best Star Wars games of recent years, you will also explore new worlds and ride mounts. On top of that, there are again a lot of secrets to be discovered in the game world. So what to expect? Fallen Order, only bigger and better. Probably. But that’s not the worst premise for a game. (Benjamin J.)

I loved Fallout 3 and I like Skyrim – but I really love science fiction. Well, I also like my free time and I probably won’t have much of it once I’ve started exploring the endless expanses. After all, in Starfield you should not only get to know space and its stories, but also be able to work on your outpost away from the action. Or do I prefer to unwind space meters in the cockpit? In any case, this fallout in space sounds like an excellent leisure time killer! (Benjamin S.) 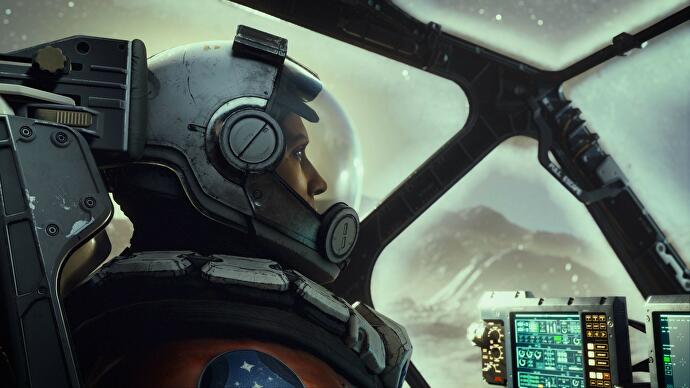 Project Eve finally has a proper title and is now called Stellar Blade! This gives me hope for more info in the near future, because when I first saw the trailer I intuitively wanted to reach for the controller for some adrenaline-charged hack’n’slay rounds. Add to that the fact that the game is PS5 exclusive for now, which gives hope that this is a real next gen title that takes full advantage of the PS5’s power. Stellar Blade looks and plays like the love child to me by Dante from Devil May Cry and Bayonetta (from Bayonetta). But while everything screams PlatinumGames, we’re dealing with a South Korean developer called SHIFT UP. Whether that goes well, we will probably only next year. And with all the vacancies on the website, I really hope that it will still be published in 2023 – unfortunately at the moment it seems like we will have to wait a little longer. (Ana) 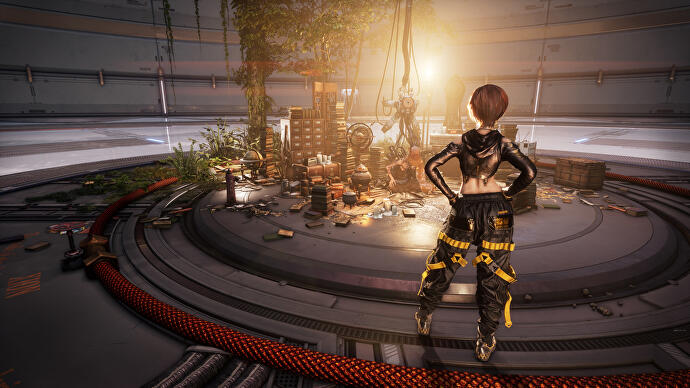 A new Street Fighter. Well I loved part 5, played online for a few weeks before just getting spanked then that was it because the arcade story mode never really materialized. After this radical break with traditions towards a pure e-sports title, Street Fighter 6 takes a step back: There is not only a single-player mode, it should even have action-adventure elements in a kind of hub 3D world give that complement the solo tour mode. Well bring it on, the game looks fantastic as always. The fighters are a bit more “realistic”, the backgrounds show nice neon contrasts, the super moves are extra stylish. Will be great. (Martin) 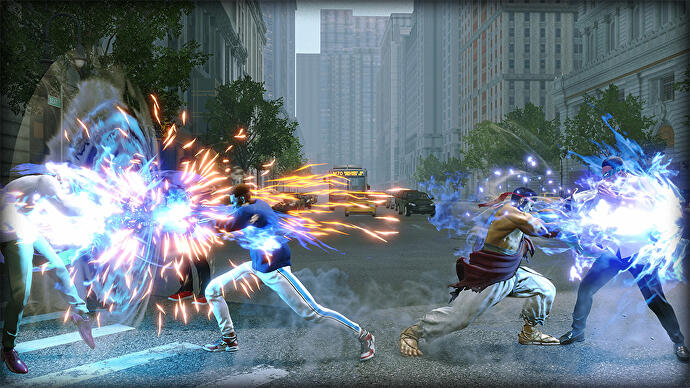 Please let Suicide Squad: Kill the Justice League be better than screwed up Gotham Knights in every way! Because while the latter was the unofficial sequel to the Batman Arkham series, the former is made by Rocksteady: the creators of the original. Up to four people fight and shoot together through a colorful Metropolis – gone are the days of bad-tempered Gotham City. Because this time you’re playing a gang of villains (who, of course, still come to save the earth from super villain Braniac), it’s a whole lot more chaotic. So, again: cool parkour, fast-paced action… please, please, please! (Benjamin S.)

The Legend of Zelda: Tears of the Kingdom

Studio/Publisher: Nintendo Release Date: May 12, 2023 Platform: Nintendo Switch Summary: The next Zelda. Do you need to know more?

The best Zeldas manage to make you see this oh-so-familiar world with new eyes over and over again. Be it through a fearlessly explored third dimension that suddenly opens up the horizon as a new space of possibility, a graphic style that focuses on the endlessness and timelessness of the basic theme, or series entries with new forces that break down long-established boundaries. A Link Between Worlds with its walking in the walls comes to mind, or Breath of the Wild, which anchors Link even more firmly in his world with new climbing mechanics and physics interactions.

Zelda: Tears of the Kingdom now feels bigger and more grandiose than anything the series has done before. It draws our curiosity not only far, but also up, without (at least at first glance) seeming oddly cramped and limited like Skyward Sword. Hopefully this fresh spirit of adventure also means leaving behind a few of the peculiarities of Breath of the Wild, especially a few classic dungeons I would love to see again. (Alex) 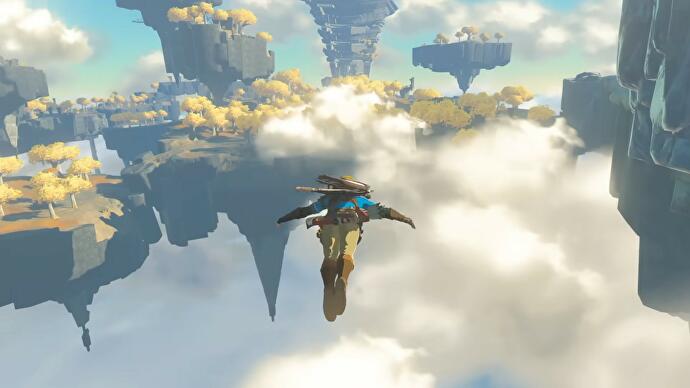 The Legend of Zelda: Tears of the Kingdom

Anyone who has fallen in love with Monster Hunter will certainly not be left completely indifferent to Wild Hearts. From what we’ve seen in the trailers so far, you’ll roam through fantastic worlds full of impressive creatures, some of which make use of well-known deities from different cultures. I really want to explore this world inspired by feudal Japan and its essence. Whether the abilities of the beasts are just as lovingly designed as the models? Nobody can say that at the moment and I think that’s exactly the linchpin that ultimately decides whether we’re dealing with a worthy Monster Hunter competitor in Wild Hearts. (Melanie) 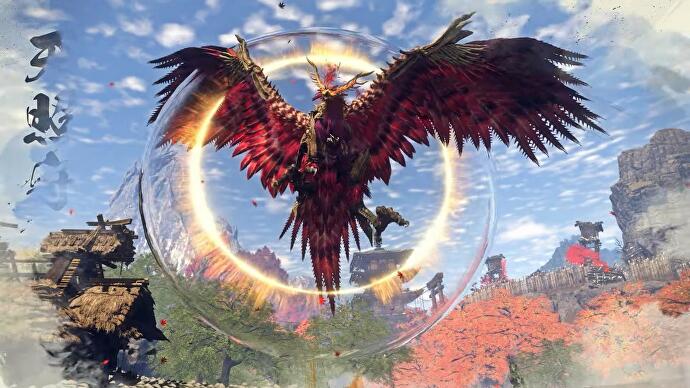 Honestly, I like everything Team Ninja does visually, and Wo Long: Fallen Dynasty is no exception. But when it comes to gameplay, I’m often hesitant because Nioh taught me that their games take a long time to dig into. I was all the more amazed when I realized that Wo Long was like a Souls like tailored to me (sorry, meant Masocore, of course). So I’m all the more looking forward to March 3, 2023, when I’ll find out whether my first impression lasts through the whole game, or whether Wo Long unexpectedly surprises me badly in the end and I’m afraid of Souls games forever . (Ana) 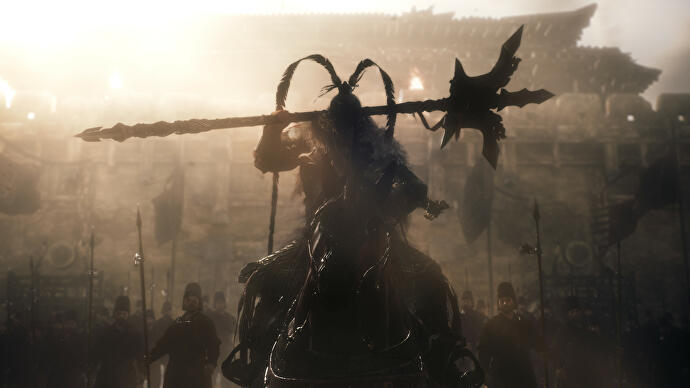 Tsurenko reached the semi-finals of the 60-thousander in Australia, beating the ex-Ukrainian

Insomnia: here are our connected solutions to improve your nights

Sonic Hedgehog Will Be SEGA's Main Focus in 2023 |

Daymare 1998 is free on GOG for its winter sales

32 years in prison for writing on Wikipedia