Shortly before the end of the year there was a bug on the servers of the popular football series “Madden NFL 23”. According to Electronic Arts, around 60 percent of the saved data that was corrupted in the process can probably not be restored. 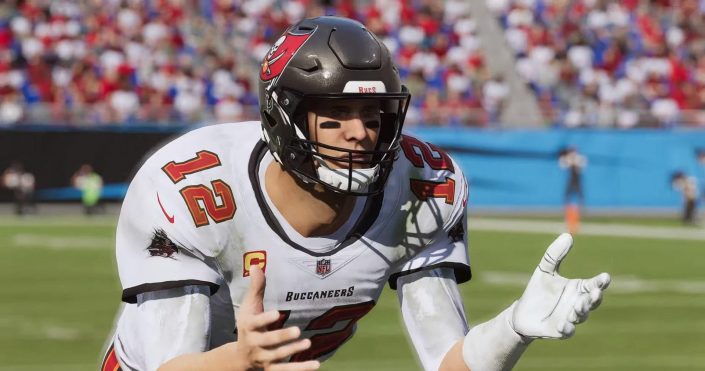 Bad news for players who swarmed the Madden NFL 23 servers on December 28th and 29th: As the year ended, the latest game in Electronic Arts’ popular football series experienced data storage issues. According to the company, only around 40 percent of the memory statuses that were corrupted in the process can be restored.

Developers are working on restoring the leagues

As Electronic Arts writes in its own forum, the error is said to have occurred between December 28 at around 8:45 p.m. and December 29 at around 6:45 p.m. Players who logged into the Madden NFL 23 servers during this time received an error message stating their leagues were unavailable. This happened due to a memory error that also damaged the franchise data of the logged-in players.

EA apologized for the issue and indicated that the developers are already working on a solution to restore some of the data from a backup as soon as possible. However, not all leagues should be able to be repaired. The company estimates that only about 40 percent of corrupted data can be recovered. Players who have not logged into Madden NFL 23 during the error period between December 28th and 29th are said to be unaffected by the error.

Already the previous game „Madden NFL 22“, faced numerous bugs and errors. Featuring Madden NFL 23 it should actually get better. “We’re very confident that Madden 23 will be the most polished version of Madden we’ve had in a long time,” said senior producer Clint Oldenburg ahead of launch. “What I’m not going to say is that it’s going to be perfect. But I will say that the team still strives to achieve perfection. As hard as that may be. That is our goal.”

Activision Blizzard Acquisition: Wouldn't It Be Cool If It Became A Comedy TV Series?

Rated 98%, this horror film is a true viral success

Xbox Game Pass: New games in October 2022 – these are the restarts & departures

Wo Long: Fallen Dynasty has a date – We have to wait until March 2023