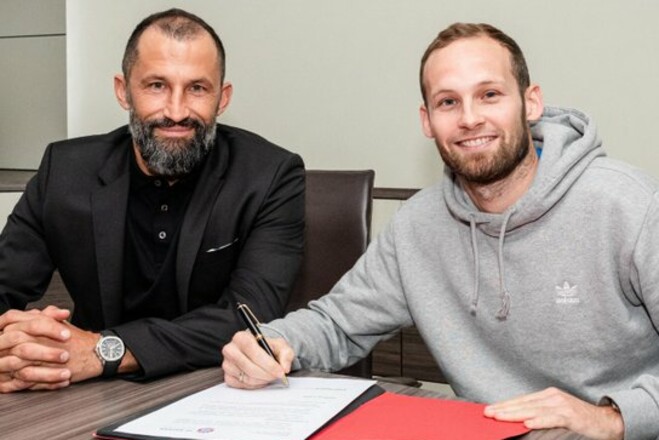 German Bayern have signed a contract with a 32-year-old Dutch defender Daley Blindom.

The football player signed a contract for six months, until the end of the season, as a free agent. He will wear number 23.

Earlier, Blind terminated the contract with the Dutch Ajax, for which he has played 19 matches this season.

The Dutch footballer will earn 2.5 million euros for a six-month contract.

FC Bayern can announce the signing of defender Daley Blind on a deal till the end of the season.#MiaSanMia

🗣️ @Brazzo: “We are really pleased that Daley has joined the team. Daley is a versatile defender who can play on the left-hand side as well as in the centre. He has lots of international experience and leadership qualities. I am confident that he will be able to help us.” pic.twitter.com/YBvzurI7Rf

🎙️@BlindDaley: “I can hardly wait to play here. We’ve got the most important part of the season coming up, where it’s about titles – and a club like Bayern can win every trophy. The hunger for titles here at the club was key in my decision.” 🔴⚪️ pic.twitter.com/S1wZNfyCcs

Goes to Beckham. Experienced Shakhtar defender will leave the Donetsk team ahead of schedule

The Last of Us: Series shouldn't make the same mistakes as Game of Thrones

SpaceX launched into space the EOS SAT-1 satellite (the first of the EOSDA agro-oriented constellation), developed and created in Ukraine - Aroged

Amazon saves you 60% on this security pack (camera + connected doorbell)