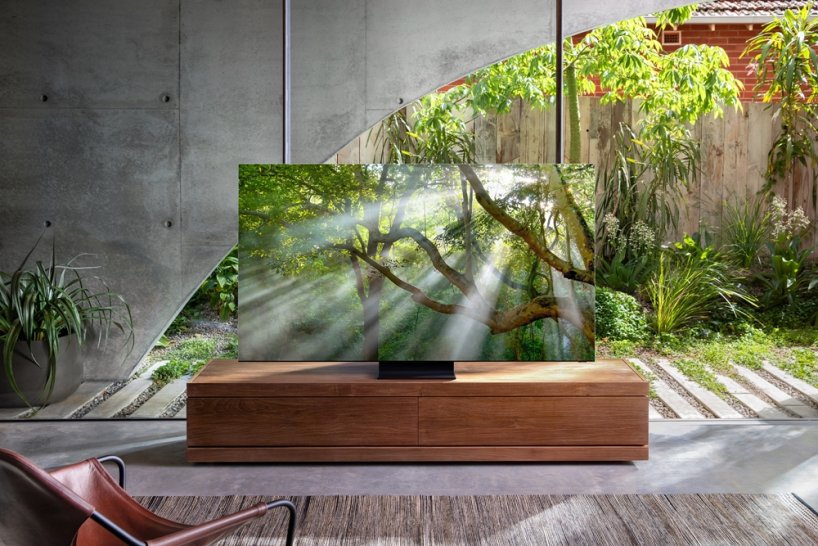 January 5th, 2023 at 5:41 p.m. by Claus Ludewig – In order to be able to synchronize content with the RGB lighting, Signify now offers the Philips Hue Sync TV app for 129 euros.

RGB lighting is all the rage, with smart TVs there has been supporting lighting since the Ambilight TVs from Philips. Precisely tailored to the screen content, LEDs light up on the back of the television to transport the atmosphere into the room. If you don’t own a Philips TV, you can retrofit the feature with any TV via the Philips Hue Play HDMI Sync box and pay around 230 euros for it. Around the CES 2023 technology fair, Signify has now presented the Philips Hue Sync TV app, which costs almost 130 euros and can now be downloaded from the Samsung app store.

In contrast to the Philips Hue Play HDMI Sync box, the TV app accesses the screen content of the smart TV directly. With the sync box, on the other hand, only content that comes from connected devices can be analyzed. In addition, no 4K content can be played at 120 fps, since all HDMI connections on the sync box are limited to 60 Hertz. The Philips Hue Sync TV app is currently only compatible with Samsung QLED TVs from the Q60 series. It is still unclear whether other smart TVs will also get this app. Within the Philips Hue Sync TV app, the position of individual light sources can be entered, the brightness of the lamps can be adjusted and a film or gaming mode can be activated.

If 130 euros for an app is too much for you, you can also take a look at the competition from the Chinese manufacturer Govee. The AI ​​Gaming Sync Box Kit was presented at CES 2023. In contrast to the Philips Hue Play HDMI Sync box, the Govee box, which costs 300 euros, primarily supports PC monitors with up to 34 inches. In 2K resolution, refresh rates of up to 144 Hertz are possible, with Full HD even 240 Hz. A total of three HDMI inputs and one HDMI output are available. As of March, the Govee AI Gaming Sync Box Kit supports the Matter standard. A light strip is included with the Govee box, which must be purchased separately from Philips. An AI should ensure that the screen content is analyzed and then the appropriate colors are displayed. For TVs, Govee offers the 150 euro TV backlight T2 with a camera to film the screen content.

Mix of Kenshin and Vinland Saga, this anime cuts to the heart in January 2023!

World of Horror: the terrifying retro adventure will be released on PlayStation and Switch

Forspoken is asking for a €4,000 configuration to play it in good conditions…

Aroged: The reissue of the classic urban strategy Pharaoh will be released early next year