Accessibility is an area that is justifiably getting more and more attention in the gaming industry. With Project Leonardo, Sony has now introduced a controller that can be adjusted in a variety of ways. 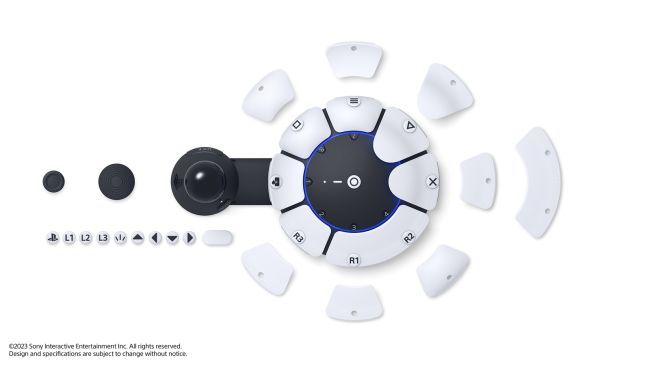 In 2018, Microsoft introduced the Adaptive Controller, an input device for people with limited mobility. Being highly customizable, it allowed many people to immerse themselves in the world of video games who otherwise would not have been able to. Now Sony is following suit and presented its own accessibility controller with Project Leonardo at CES.

The kit was co-designed with organizations such as AbleGamers, SpecialEffect and Stack Up. Sony promises high compatibility with third-party accessibility accessories. In addition, the device should be seamlessly integrated into the PlayStation 5. Sony explicitly promises that players with problems holding gamepads for a long time, limited motor control, lack of motor skills to press certain groups of buttons and other restrictions will be able to enjoy a pleasant gaming experience with Leonardo.

Similar to the Adaptive Controller, the kit can be adapted in a variety of ways using interchangeable elements. For example, there is talk of analog embroidery caps and buttons in different shapes and sizes. Players can also adjust the distance between the analog stick and the gamepad. On the software side, button assignments can be adjusted, for example you can assign several functions to a button or let a button execute several commands at once. Up to three control profiles may be saved.

For even more customization, pair up to two Project Leonardos with a DualSense to create a virtual controller. If a player is present, they can intervene and control the character with a DualSense, for example. With four 3.5 mm AUX ports, the accessibility controller offers a wide range of options for connecting third-party hardware.

By default, Project Leonardo lies flat on the table. Alternatively, AMPS mounts or tripods can be used. To do this, players can optionally configure the north orientation of the analog stick.

So Morimoto, Designer at Sony Interactive Entertainment, has the following comments on the design of Project Leonardo: “Our team tested over a dozen designs with accessibility experts and looked for approaches that would help address the key challenges to effective controller use Finally, we settled on a “split design” controller that allows for almost free left/right thumbstick repositioning, doesn’t need to be held, and offers very flexible button and stick cap swapping. Because players can customize Project Leonardo to suit their needs, There is no “right” form factor. We want to give them the freedom to make their own configurations.”

Sony has not yet announced a release date or price for Project Leonardo. The device is currently still in the development phase, so it could take a while.

In this trailer, some accessibility experts have their say. They discuss why Project Leonardo is such an important step for the PlayStation community and the benefits of the customizable controller.

Over the past day, the Armed Forces of Ukraine destroyed 620 invaders, 1 plane and 1 helicopter