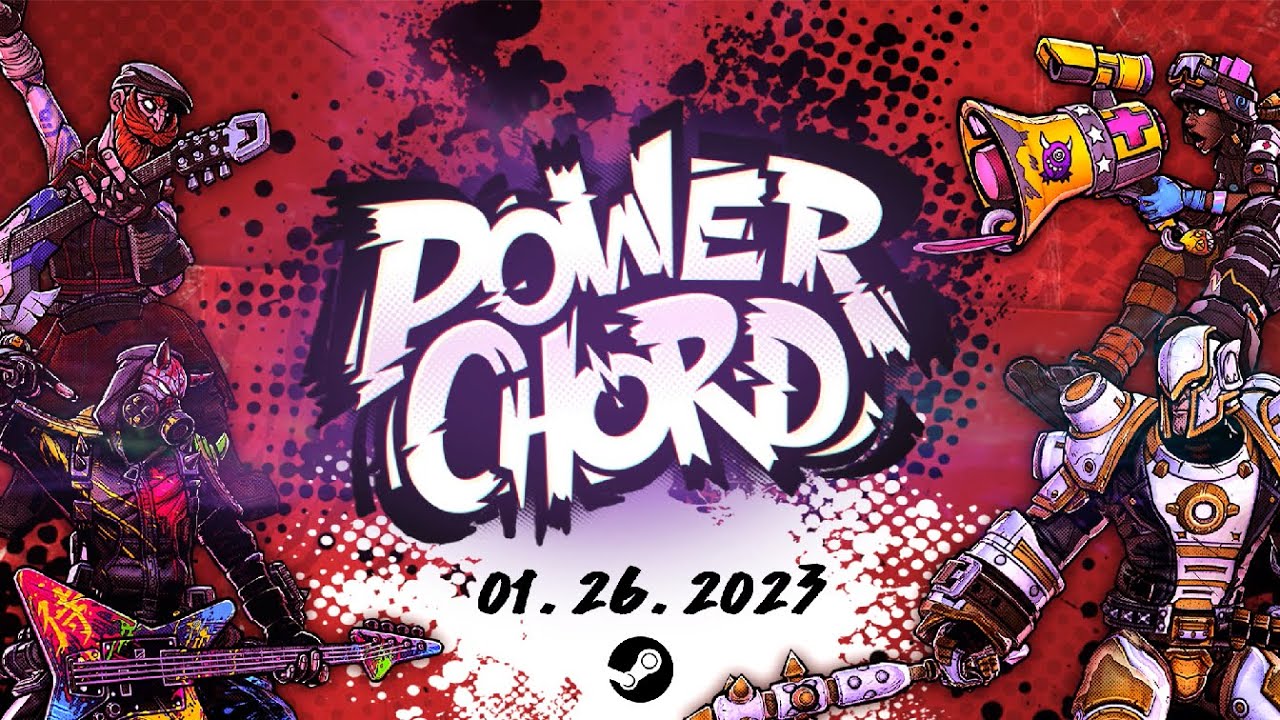 London (Canada) indie game developer Big Blue Bubble today announced that rock and roll roguelike deck builder Power Chord will be coming to PC on Steam on January 26, 2023. A Nintendo Switch version will also be released sometime in the future.

Heavy metal demons emerge from the rift between worlds and book a gig to terrorize your hideouts! Assemble new Knights of the Thunderfist to take back the filthy bars of the city from these hellspawn. Participate in every battle of the bands with easy-to-learn yet deep turn-based combat. Assemble a deck of powerful cards, each reflecting the incredible personality of a bandmate, and relive a concert tour for the ages.

In this rock and roguelike inspired by the giants of the deckbuilding genre, kick off the show with a guitarist, vocalist, drummer and bassist, each boasting unique cards. Fight back against the demonic horde using the skills of each party mate. Draw and select cards to shatter enemy armor with bassist poison damage over time, sing stat boost songs to prime the lead guitarist for a killer solo, or force the tank to fortify defenses.

Expand your setlist by winning battles and earning new cards at each randomly generated stop on the tour, but act responsibly – the road is long and hundreds of compositions of potential enemy groups make every place a threat. A group without harmony will collapse, and if anyone in the group fails, they are removed from the lineup until the next resting place. Terrible, demonic stone gods are waiting as bosses for only the most persistent squad.

Collect the legendary card collection to take the band’s performance to the next level and create a one-of-a-kind rock legend. Killer mastermind combos to not only survive, but destroy the house (literally in some cases). Celebrate the triumph of team victory and the exciting heritage of rock, heavy metal and punk.

The Last of Us series is a commercial success

Hades 2 will also be in Italian: Supergiant Games is working on the localization