A fresh trailer gives us another look at open-world survival MMO The Day Before. This shows the ray tracing support. 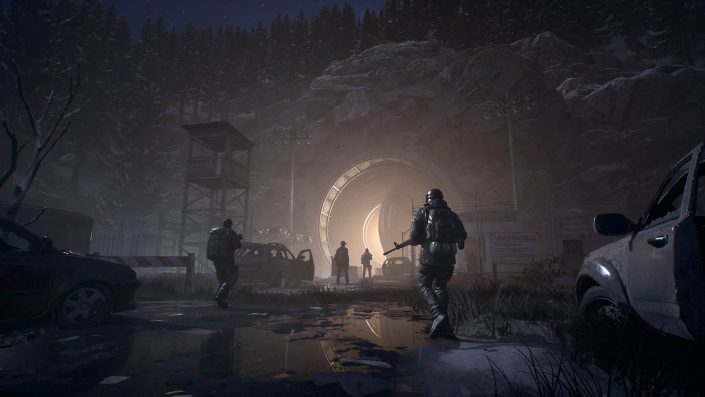 In the course of this year, the publisher MyTona and the development studio Fntastic want to launch the open-world survival MMO “The Day Before”. While the PC version is scheduled to be released for PC on March 1, 2023, it is not yet known when the PlayStation 5 and Xbox Series X/S versions will follow.

Now those responsible, in cooperation with Nvidia, have released a new gameplay trailer that takes a look at the ray tracing technology, which provides an even denser atmosphere in the action-packed adventure. Originally, “The Day Before” was supposed to be released last June. However, the developers had decided to postpone it because they technically switched to Unreal Engine 5.

In The Day Before, players will have to deal with flesh-eating infected and the remaining survivors. Food, weapons and cars are scarce commodities and therefore a constant point of contention between the parties. However, players will go in search of answers after waking up lonely with amnesia.

The official statement of the game reads: “Help restore society to how it was before the pandemic, before it’s too late. In the survivor colony, you can sell your loot and communicate safely with other players.”

More news about The Day Before:

Here’s the latest trailer for The Day Before:

More news about The Day Before.

MSI has the first laptops with PCIe 5 SSDs

GeForce RTX 3060: this graphics card has rarely been as inexpensive as today

Report: Microsoft makes a loss on every Xbox Mega sold

Exclusive: Citilink spoke about the popularity of Russian brands