Alt+F40: Invasion of the Pokemon, my addiction to tactical games and why 2023 will be an amazing gaming year

Happy and healthy new year to all of you! I hope you were able to make the transition the way you envisioned it and that 2023 has got off to a good start for you. It is now becoming apparent that we no longer live alone in our house. No, we’re sharing it with Pokémon now. I have to say that Pokémon as a theme world was always foreign to me (skipped Gameboy, no anime friend, design brushes me against the grain) and at first I even found it quite funny to see my son take up a geek theme. Luckily we haven’t gotten to games and films yet, but we’re into hidden object books, sticker books, sweaters and figures of Pikachu, Shiggy and the like. So our five year old got it and I’m not sure anymore if “Gotta catch ’em All” isn’t meant from a company perspective and “them” is the kids.

At the risk of sounding like our parents, I don’t know what to make of it. But I’m concerned about the way that happened. The fact is that my son didn’t find out about the existence of the colorful beasts from his kindergarten friends. No, someone from the educational staff started it – and now the Pokémon virus is going around in the group, more contagious than Corona. Tell me if I sound narrow-minded, but I do think that there is a difference between reading a Gruffalo book to preschool children and opening the door to one of the largest, cross-media, thoroughly commercialized consumer brands. It’s probably too late now. Let’s see where the journey goes…

Why turn-based tactical games are the best games for me

You may have noticed it already, but as far as my gaming preferences are concerned, I would describe myself as pretty broad. Like the Cristiano Ronaldo free-kick pose, only invisible and therefore less silly. Most of the time, just liking the scenario, premise, or art design makes me as open to it as the still untied doors of my sons’ rooms. I love gunplay in shooters that makes the guns appear like the murderous weapons that they are. I appreciate the excitement of battle royale or extraction gameplay as well as snappy jumping behavior in a cute hopper or elegant combat systems in JRPGs. I’m just as enthusiastic about point-and-click as I am about choose-your-own-adventure stories, and when I’m allowed to start an action-adventure from above, I like that just as much as I do in the 3D Zeldas see what’s behind the next hilltop. 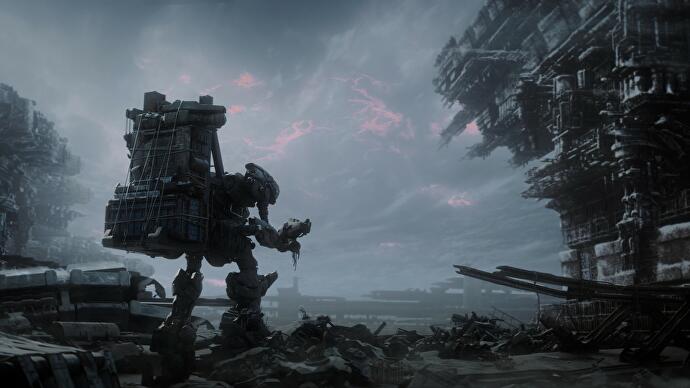 I love daring ideas no more or less than a professionally perfect implementation of well-known concepts, I’m equally passionate about pixel retro and next-gen graphic orgies. The only things that often overwhelm me are real-time tactics without a pause function and Grand Strategy that is too table-heavy, and I avoid MMOs for lack of time. Apart from that: I play everything that isn’t in the trees at three. The only thing standing in my way of experiencing more of what I actually enjoy is my over-the-top love of turn-based tactics, which is so expansive it’s no longer pretty. Games that fall into this category automatically go way up in my wish list and as strange as that sounds: I sometimes find that a shame.

That’s luxury howling, of course, now, because after the dire genre die-off and demise of double-A productions with the dawn of the ’00s to the early 2010s, when everything had to be grimdark and play it safe, there’s back more than enough of everything to play. The tactics games in particular have had a renaissance and now I just barely know where to start (and stop) when Tactics Ogre Reborn, Triangle Strategy, Fae Tactics, Othercide, Battletech, Chaos Gate, Songs of Conquest, Symphony of War, Wargroove , Expeditions: Rome and how they are all lure at the same time – and that, when I wanted to go back to the old Shining Force series for a long time (Hey SEGA, now that you are the strategy company, something new could be in the direction come!). As said, you can have worse problems than getting more of the type of game you find most attractive. But the day only has two hours (parents know it’s true!) and this kind of game just doesn’t fit into that. 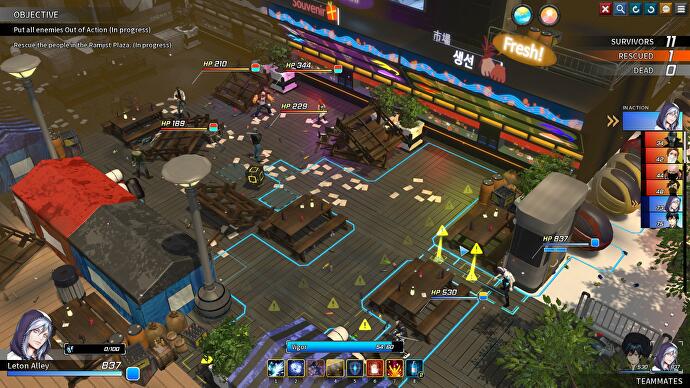 Someone recently told me that Trouble Shooter is great and I’m sure he’s right. What have I done to him and how can I take revenge on him?

But why am I so addicted to these games in the first place? As the saying goes? “Where love falls, grass won’t grow anymore” or something like that. And for me, in the mid-90s, X-Com or “Ufo” crashed so hard into my then still very malleable mind that an MRI of my head would probably show brain convolutions arranged in a square. When supplies were needed, Final Fantasy Tactics, Vandal Hearts, and Advance Wars were there and ate up whatever hours I could spare. And I don’t know if you know that: As a teenager with unlimited access to hardware and games, that’s quite a few. I can safely say that I owe the second pass through the tenth grade to Ufo: Enemy Unknown, which in retrospect turned out to be a stroke of luck.

The games themselves? I think I like turn-based tactics because of the unrivaled way in which it manages to combine a leisurely pace with great battle tension. Not many other genres can do that and if you can think of one please keep it to yourself. There’s no room in my life for another one like that. In addition, there are new stimulating problems in every round and an addictive increase in the feeling of power with the course of the fight tipping for the better. I just love taking enemy units off the field and tidying up the chaos of a playful war bit by bit. 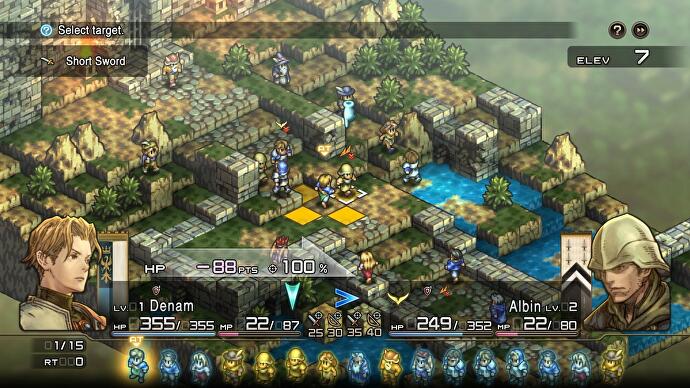 My name is Alex and I have a problem…

Insanely satisfying and for me without equal … but a problem because of the large amount of time involved when you want to tackle other things. I’m not sure I’ll ever be able to accept that dichotomy between being overly passionate about one type of game and wanting to try as many new things as possible. But I feel like it’s worth trying.

The most important thing for week 01/23 – Alex Edition

In the rotation: There were already a few games above that are pulling me in various directions. Additionally, I’m playing Tchia for articles you can expect next week and struggling a bit with Slow Horses Season 2. Football Manager 23 on iPad thinks I’m less smart than myself. I still like it. You will read more about that soon. And I started Blackwell Legacy because Whispers of a Machine just seemed a little too cerebral to me. At 60, I’m finally through with this series. 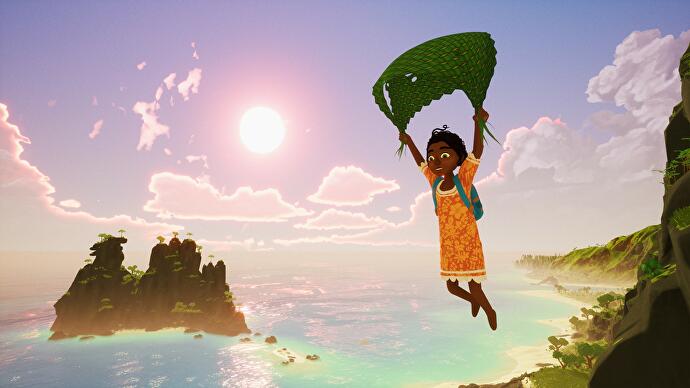 Tchia is Breath of the Wild Camp Edition.

Highlight of the week: I really hadn’t given much thought to the coming year, but when I sat down at the computer again after my vacation on Wednesday, I was quickly full of anticipation. All the games pushed back because of Corona finally seem to be coming out in 2023 and the release calendar looks like one of the strongest I can remember. And that’s not even counting the surprising indies, secret tips that started out of nowhere, and surprise releases (does it?). Whatever your mood, 2023 seems to be delivering well. Mammoth role-playing games from East and West (FF16, FF7 Rebirth, Starfield, Baldur’s Gate 3, Diablo 4), large-scale action-adventures from Alan Wake 2 to Jedi Survivor to Spider-Man 2 and Suicide Squad (Rocksteady!) and top-class remakes like Resident Evil 4, Dead Space, System Shock and Front Mission 2 would upgrade every year.

And then there’s new horror from Silent Hill creators in Slitterhead, fresh from From Software (Armored Core 6), and lots and lots of great new indies. Yacht Club Games, for example, arguably wants to do the same with Mina the Borrower for 8-bit Zelda-likes what it did for hoppers with Shovel Knight, Sea of ​​Stars is a gorgeous JRPG from… Sweden, Amnesia is also returning and Suikoden soon twice, once as a remaster, once as Eiyuden Chronicles: Hundred Heroes. News from the creators of Ashen (Flintlock), Freedom Planet 2 and Manor Lords, as well as The Plucky Squire and Hollow Knight Silksong, should dominate the scene’s dialogue when they appear. And from Nintendo there’s Zelda, a new Fire Emblem and Pikmin 4. There’s a lot more to look forward to. The game jam of the last few years has come to an end and is now causing an explosion of hopefully mature works. I’m more excited and confident about the start of a gaming year than I’ve been in a long time. Now we just have to manage not to blow ourselves up until then. Not a small thing either… 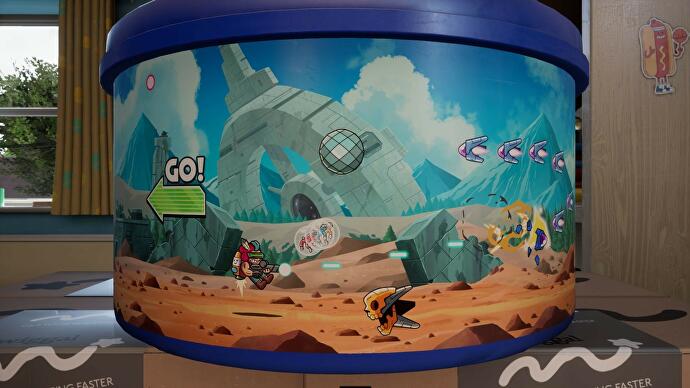 Even if it were impossible, I would buy it. Plucky Squire seems to be a veritable fountain of cool and visually appealing ideas…

Focus (!?) of the week: I’m liking Marauders better and better, although there are still rough edges that I hope the developers at Small Impact Games will address. It’s good how the extraction shooter manages that a successful raid actually feels like you’ve recovered a great treasure. Then again, the gunplay is a bit very “floating”. The weapons kick so hard that I feel like my character isn’t holding onto them properly. On top of that, dying is extremely succinct and quite anticlimactic with no prospect of revival. I’ll definitely stay on the ball anyway, this could actually be good. 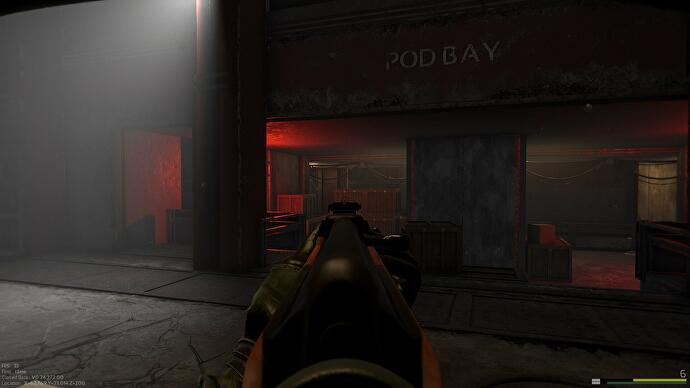 Low point of the week: The realization that a new Switch – whatever that might be – may be further away than we think frankly has me a little concerned. As Martin has often written: when the console itself, or especially indies, pushes the console to its jerky limits, you can hear the hardware clock ticking loudly, and with the Steam Deck there is now a handheld that runs almost every one of these games absolutely smoothly its (admittedly less chic compared to the OLED Switch) screen. So it’s a pity that the residual hope of seeing something new from Nintendo sooner rather than later should have disappeared completely. Then again, I understand Nintendo when, after the Wii successor, they are no longer so sure whether and how to continue an existing recipe for success. But whatever, I guess. Next year, I’m sure, there will be little to stop me and everyone else from celebrating Zelda – Tears of the Kingdom properly on the old, new OLED. 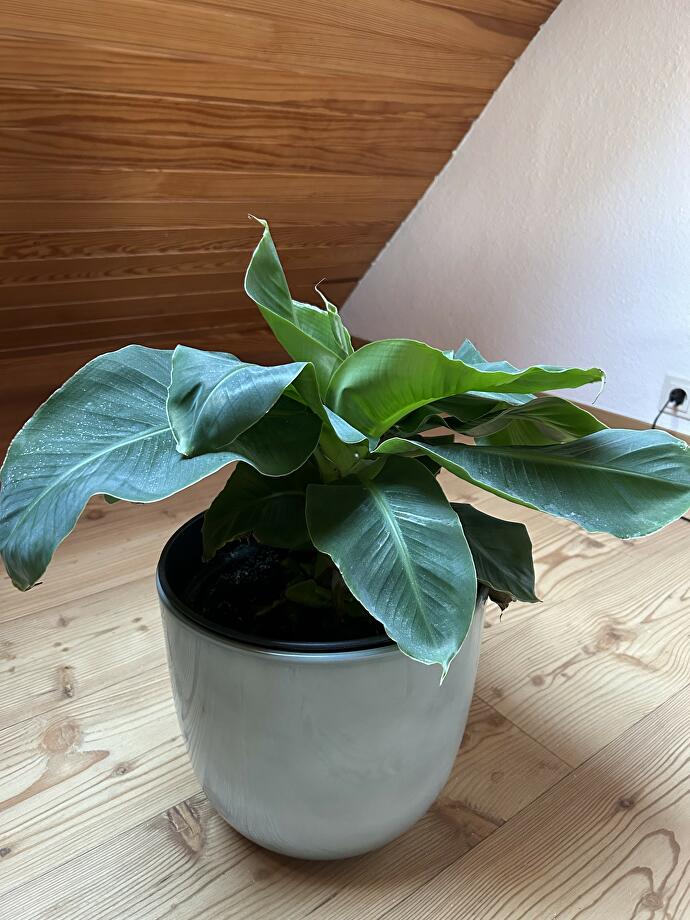 Have you bought Xbox Series X/S? Here are five settings to adjust right away

PlayStation Store, November Promotions are underway: many PS4 and PS5 games on offer

Cosplay: Alexstrasza with her awesome look from WoW: Dragonflight