The dev stream has ended with more details about the January update 3.4 String Harmony Night in Genshin Impact. On a special broadcast, they showed the gameplay of al-Haytham and Yao Yao, talked about the Sea Lantern Festival in Li Yue and the new area of ​​​​the Sumeru Desert, announced the legendary heroes in the banners. The article collected the most interesting moments of the Genshin Impact 3.4 developer stream.

First of all, everyone was waiting for the disclosure of characters in the prayers of the upcoming version. The leaks from the dataminers have been confirmed.

It is officially announced that in the first half of the version al-Haytham and reran Xiao will be released, and with them the epic Yao Yao. After them, Hu Tao and Ye Lan will appear in the banners. Therefore, in the Incarnation of the deity, one should expect the signature one-handed Light of the leaf cut, the Jade Kite spear and the Staff of Homa, and the Aqua Simulacrum bow.

You can follow the appearance of heroes in prayers in our banner schedule.

Two new heroes were shown on the stream: Dendro the one-handed al-Haytham and Dendro the spearman Yao Yao. 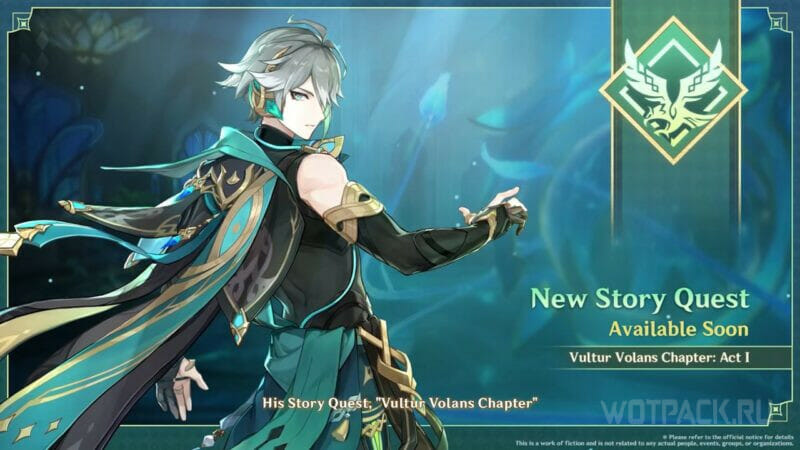 For the legendary swordsman, the developers have prepared a task of legends. 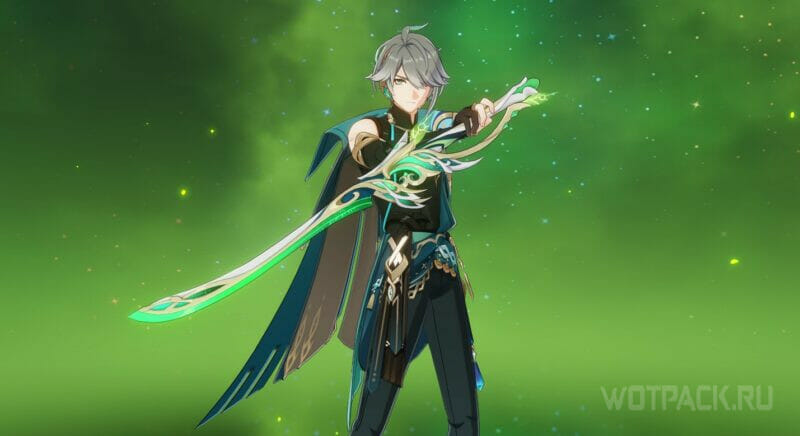 A new weapon will appear in the version – a one-handed sword Light of the leaf cut for al-Haytham. An additional stat gives crit damage, and a passive effect adds crit chance and attack power. 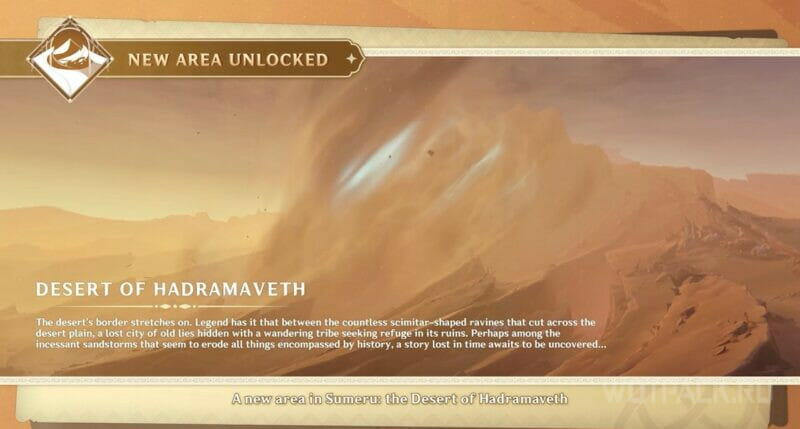 A new area, the Hadramaveth Desert, will bring a sandstorm effect. In the depths of the rocks swirling because of the storm, there are the remains of ancient oases and the ruins of the city of Gurabad, which the Traveler will have to explore. 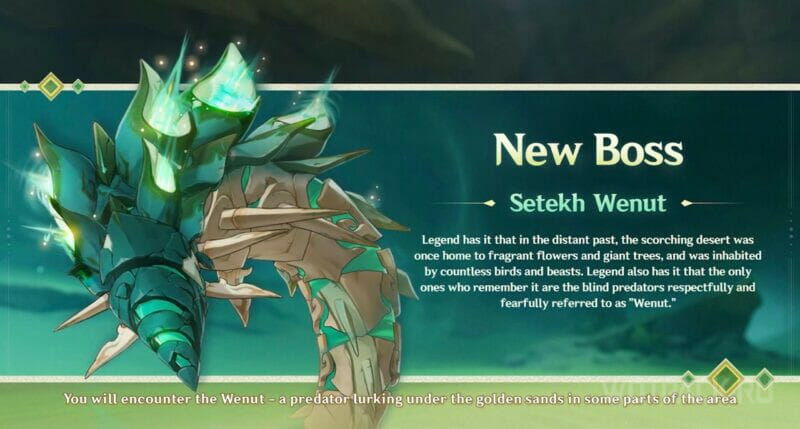 In it, players will face the world boss Setekh Venut. Materials from the Anemo worm will be needed to level up al-Haytham. 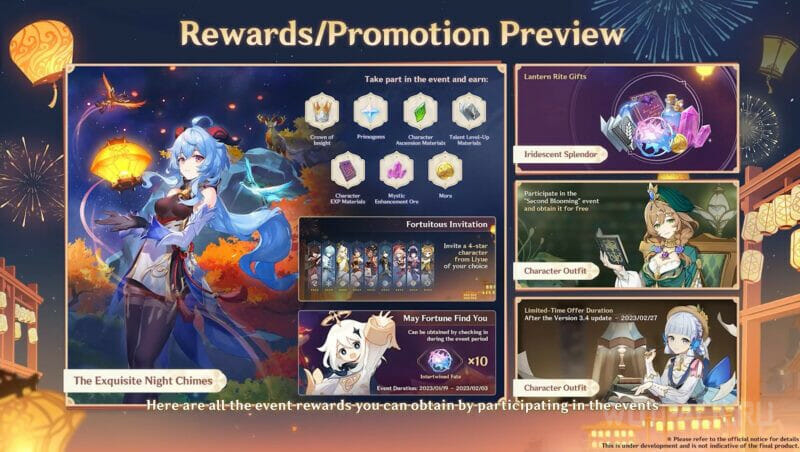 Traditionally, the main event of the January patch will be the Li Yue Sea Lantern Festival. The event will be held under the name Night Harmony of Strings. There are several mini-games awaiting the traveler, including platforming Shadow Theatre, Coin Collecting, Wavewalker Races and Fireworks Battles. Also, players will be sent resources as a gift.

The special reward of the holiday will be the invitation of one of the four-star heroes Li Yue, including Yao Yao. 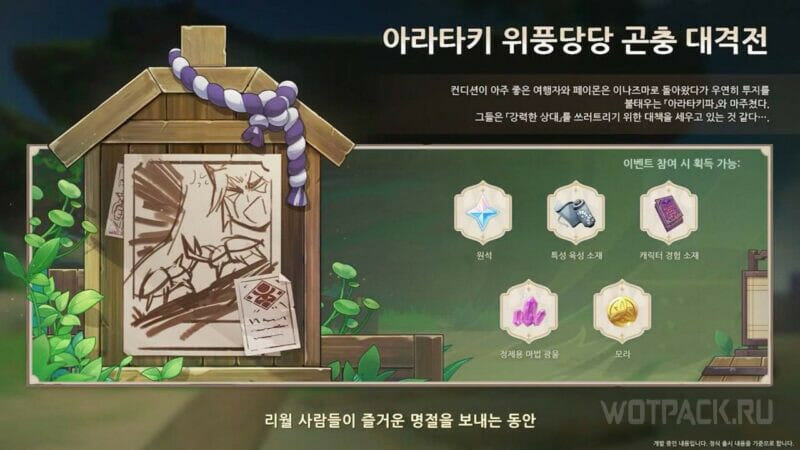 In Inazuma, the event is organized by Arataki Itto. Players are waiting for bug fights onikabuto. 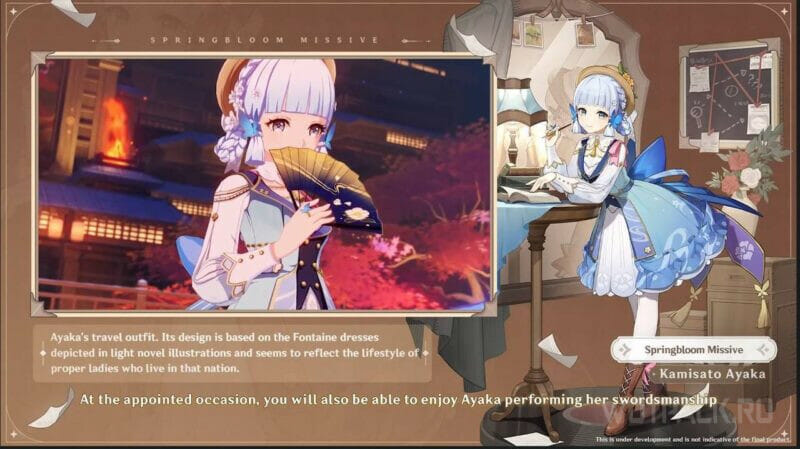 Also in the Electro Kingdom, battles will take place in the “Warrior Spirit” event. It will feature a new Ayaka skin based on Fontaine’s ladies’ dresses. This is her travel outfit. 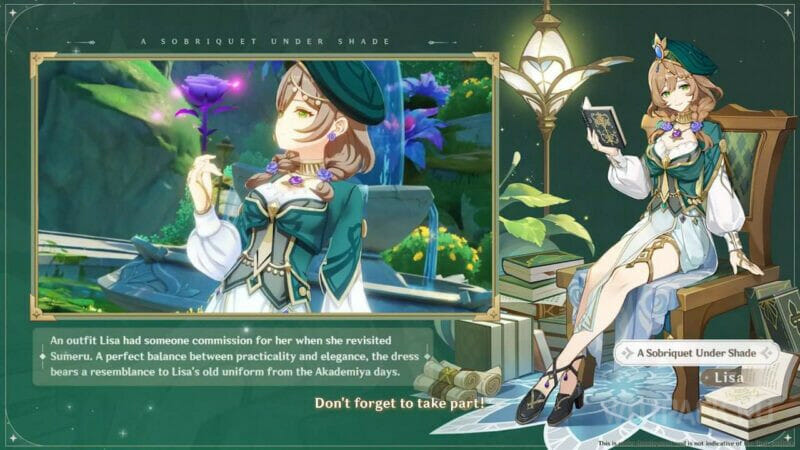 Another event will be the “Second Bloom”. In the battle event, players will explore the arteries of the earth and see Lisa in a new skin. You can get it for free. According to the description, someone ordered a costume for her while she was visiting Sumeru.

Not without gifts – the daily login event will give generous rewards to all players.

Watch the official trailer for Night Harmony of Strings:

Share your impressions of the broadcast in comments. Did you expect al-Haytham and Yao Yao? Did you like the demonstration of heroes? Read the review of version 3.4 and follow the news on our website.

Dudchenko and Mandzyn will miss the entire World Cup in Pokljuka

Tesla Model 3 and Model Y: why have their prices just dropped in Asia but not in Europe?

Bungie: What are the Destiny developers currently working on?