Completely crazy: Batman villain Joker is pregnant! Who is the father”?

Alongside the big bad wolf from Little Red Riding Hood, Darth Vader from Star Wars and Hannibal Lecter from The Silence of the Lambs, he is considered THE villain of pop culture par excellence. The Joker has been making life difficult for Batman for more than 80 years. In his role as the adversary of Gotham’s pointy-eared protector, he made his debut in the US comic Batman 1 in 1940. Since then, there have been countless versions of the lunatic with clown make-up and the nasty laugh in books, films and video games.

Which joker is the best?

The Batman TV series, which was produced from 1966 to 1968, is now considered a trashy cult. Thanks to snappy sayings (“Holy Phylloxera!”) and visualized sound effects (“Bam!”, “Kapow!”), the joker portrayed by Cesar Romero became well known to the German television audience. In 1989, Oscar winner Jack Nicholson shone on the big screen in Tim Burton’s Batman.

Heath Ledger is considered by many fans to be one of the greatest Jokers of all time. The actor tragically passed away shortly after filming The Dark Knight (2008). In the then newly formed DC Extended Universe, Jared Leto took over the role in 2016. His portrayal as a fully tattooed “hipster” joker met with little approval from fans, but is often underestimated in terms of acting.

In 2019, the Batman villain’s first solo adventure caused a sensation in the cinema. Joker (2019) grossed over $1 billion and brought lead actor Joaquin Phoenix an Oscar. Also in The Batman (2022) with Robert Pattinson there is a Joker, played by Barry Keoghan. 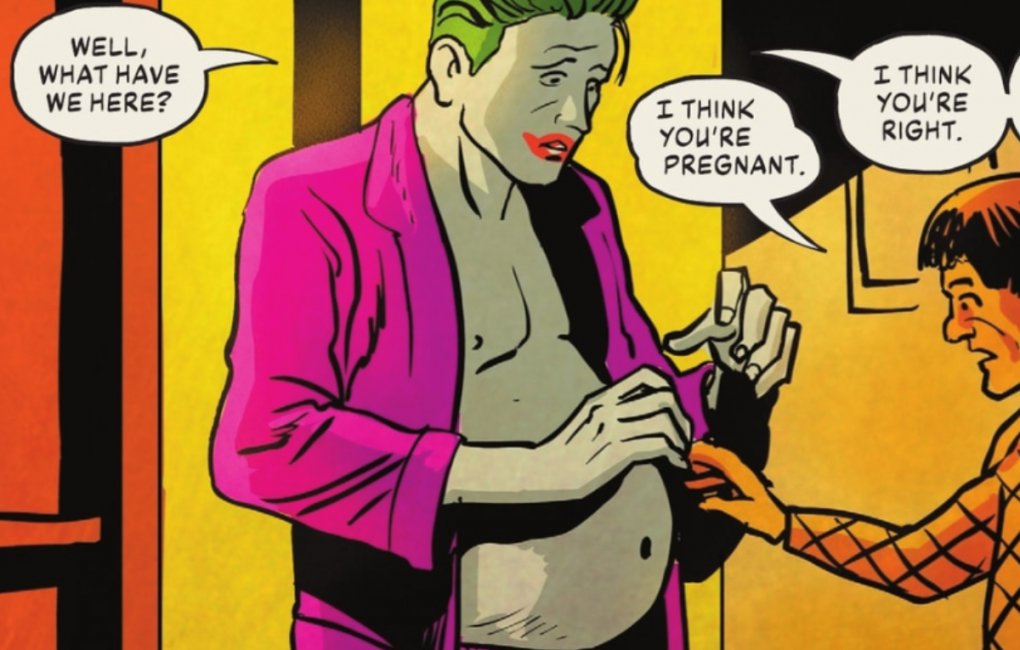 Joker becomes pregnant and has a child – too crazy for the cinema?

In the comics about Batman’s most famous opponent, the authors at DC dare a very special experiment at the beginning of the year. In the fourth installment of The Man Who Stopped Laughing, a reference to the 1928 film The Man Who Laughs, believed to be the inspiration for The Joker, Bruce Wayne’s adversary actually becomes pregnant.

Allegations against Dwayne Johnson: Promoted own tequila instead of DC film

After the separation comes out: Apparently, there has been a crunch between The Rock and Marvel competitor DC for a long time.

Revealed: Henry Cavill’s Superman decided to be kicked out in 2018

After Henry Cavill was fired from Marvel competitor DC, a report reveals they were trying to get rid of him back in 2018.

Blame it on the magician Zatanna, who uses a magic spell to prevent the Joker from ever having offspring. But the curse that “no one else should ever have your baby” backfires, as the Joker eventually gives birth to a grotesquely disfigured little version of himself. Whether this storyline will ever make it to the cinema, however, is highly questionable. Joker: Folie á Deux is also considered an experiment, but a musical doesn’t seem quite as daring. The film with Joaquin Phoenix and Lady Gaga is scheduled to start in German cinemas on Thursday, October 03, 2024.

God of War Ragnarok: Sony announces a special event for the Super Bowl

Paragon: The Overprime Gets 9 New Heroes By The End Of June - Roadmap Revealed

PlayStation 2, the author of the AetherSX2 emulator threatened with death: development suspended

Before Silent Hill 2, Layers of Fears would offer horror never before seen and be a "visual masterpiece"

Citroën Ami in long-term rental at 19.99 euros per month, good or bad deal?