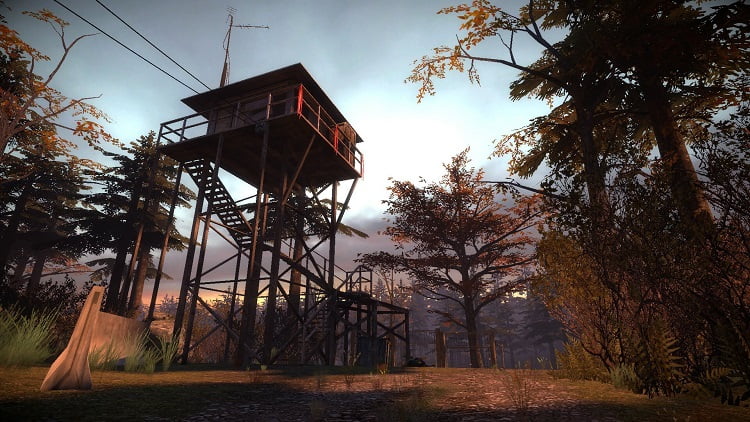 Evacuation users will take on the role of a miraculously surviving rebel helicopter crash. As a result of the disaster, the protagonist finds himself in the forest, which was attacked by the forces of the Alliance.

Ant lions, soldiers and zombies have replaced natural predators in the forest, an ax replaces the mount, and a walkie-talkie performs the functions of an escort, by which the protagonist will contact allies.

The developer of Evacuation promises interesting puzzles with the activation of mechanisms, new weapons (in addition to the ax, there is an M1 Garand rifle) and a completely original soundtrack (you can listen to it separately on VK).

The first Evacuations that have already passed praise the artistic component, the dense forest atmosphere, the level design and the overall gameplay. The duration of the modification is about an hour.

The Gamer portal notes that the concept (the main character in the forest and with a walkie-talkie) reminds of Firewatch, and the story of a character not related to the main characters of Half-Life 2 makes you think of add-ons like Opposing Force and Blue Shift.

The Evacuation mod is available for download directly from Steam (requires a copy of Half-Life 2). The project page contains system requirements and a list of supported languages ​​- only the text is translated into Russian.

Fans of the Wednesday series are already 37 million to have seen this incredible performance. And you?

In 5 days, layoffs in the technology sector already surpass December

“Flags of the Russian Federation, a glass of Lukashenka and the success of Sobolenko.” FTU demands to punish Russia

Aroged: SK On promises to reduce the charging time of traction batteries to ten minutes