Genshin Impact: Update 3.4 has an appointment – trailer and details

More content will soon be unlocked in Genshin Impact with update 3.4. The date is fixed, while a trailer presents the innovations. 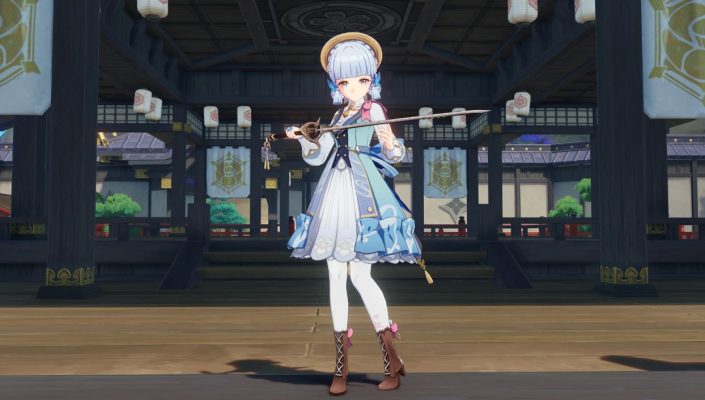 Genshin Impact will soon receive update 3.4 “Night of Crystal Clear Strings” which will be released on January 18, 2023 for PS4 and PS5. It includes, among other things, the annual celebration of the Lantern Ritual, new competitions in Inazuma, more outfits and rich rewards, including the free four-star character Liyue.

In addition, players can receive two new playable characters. Alhaitham will be playable as a 5-star swordsman after showing an impressive performance in Sumeru’s main campaign. The character is able to use special abilities that convert his attacks into dendro damage and perform coordinated attacks in battle.

Yaoyao, in turn, is a four-star character and is described as an “lovable child of Liyue”. In battle, Yaoyao uses a staff arm and can deal more damage with the Adept-crafted gadget “Yuegui”.

And as the New Year dawns in Teyvat, Liyue will once again shine in the full splendor of the Lantern Ritual. This year’s celebrations include a music festival with guests from afar and a paper theater performance, a popular folk art show put on by local artisans with the help of the traveller.

Various mini-games are also available during the fest, including a challenge where players have the opportunity to become part of a rising fireworks display. By completing this season’s events and challenges, players can earn rewards.

A trailer for Update 3.4 is available for viewing below:

Sales: the 256 GB iPhone 13 sees its price drop on Amazon

Achievements and trophies: Portrait of a useless and essential feature

Bad news, the Super Mario Bros. is pushed back to France

Avatar 2 would be profitable, the sequels finally confirmed?

WoW Dragonflight: Final launch test of the beta is imminent