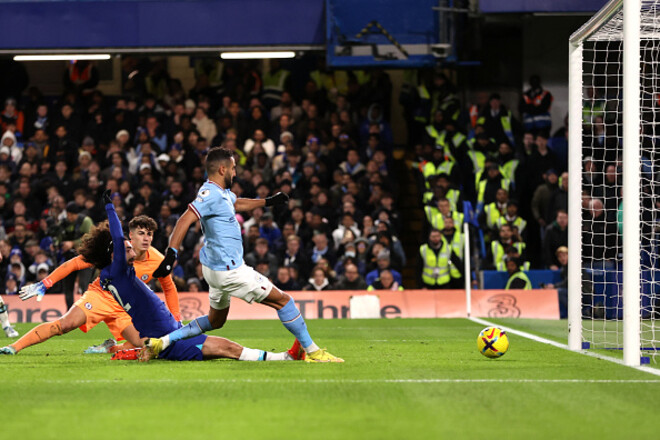 We invite you to take a look at our collection breaking news and materials for Aroged for Thursday, January 5th.

1. Reduced the gap from the leader. Manchester City beat Chelsea
Josep Guardiola’s team beat the London club for the fourth time in a row

2b. Canadian Messi against Czechs who returned to the elite
Blogger Aroged Igor Yaslik announces the final of the MFM in hockey

3A. Arsenal is not going to participate in the Mudrik auction
The Gunners are not ready to pay any money for the winger

3b. Japanese instead of Ukrainian. Arsenal have found an alternative to Mudrik
Kaoru Mitoma is interested in the leadership of the Gunners

4A. OFFICIALLY. Forward Dynamo Kargbo moved to Slovenian Celje
The Belgian has officially ceased to be a player of the Kyiv club

4b. OFFICIALLY. Maicon stays in Corinthians for one more year
The Brazilian club has extended the lease of the player of Shakhtar Donetsk

5b. OFFICIALLY. Chernomorets leased Bobko to the Carpathians
The agreement is valid until the end of the season.

6A. Ronaldo got rid of his agent? The details of the conflict became known
Ricardo Regufe replaced Jorge Mendesha

6b. ahead of Mbappe and Benzema. The best player of 2022 has become known
Lionel Messi took home this IFFHS award

7A. Budivelnik wins 4th consecutive ENBL win and heads the group
The Kyiv club beat the Estonian team “Kalev-Kramo” with a score of 84:76

7B. Prometheus lost to the Czech champions and lost the lead in the Extraleague
Wards of Ivan Petkov in the central match of the tour lost to the club “Prosteev”

8B. Kichenok and Ostapenko made it to the semi-finals of the tournament in Adelaide
In doubles, one Ukrainian woman continues to fight

10. 6 football stars who became world champions without taking the field
Sometimes you don’t have to go above and beyond to get a reward.

We were amazed: 3D is making a strong comeback thanks to Asus' technological advances

Mirror’s Edge Revives in Dreams: A Fan Recreates the Parkour Gameplay of the Cult EA DICE