This news comes after Bullit Group, makers of Motorola CAT and rugged phones, announced a similar feature ahead of the iPhone 14 launch. While Bullit’s system relies on an unannounced MediaTek SoC, Snapdragon Satellite will be available for devices using the Snapdragon X70 modem, present in the Snapdragon 8 Gen 2 for example. 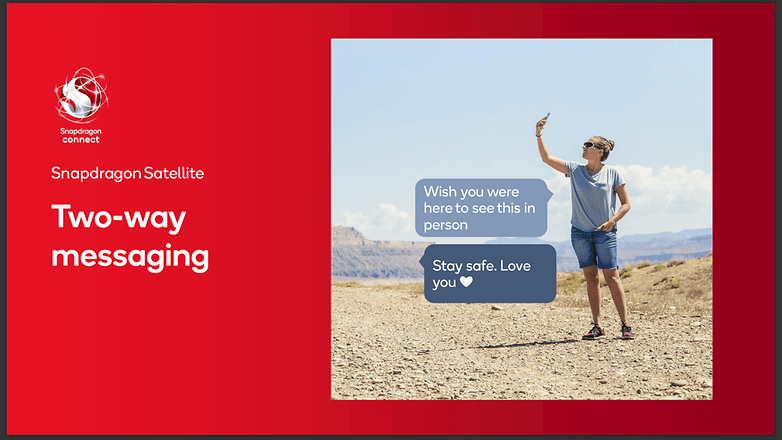 Snapdragon Satellite: Integration will depend on smartphone manufacturers

Since Qualcomm only supplies the components to smartphone manufacturers, it will be up to them to deliver the feature, which requires support for a specific frequency band, that ranging from 1610 to 1626. 5MHz. For this reason, the models will not be able to simply be updated in software to support the satellite emergency SOS function.

Asked about the price, Francesco Grilli, Qualcomm’s vice president of product management, replied with an emphatic “no comment”. Everything indicates that it will be up to the companies to negotiate agreements with Iridium.

Similarly, when asked when the feature will be available, Grilli replied that Qualcomm expects to see the first compatible smartphones released in the second half of 2023.

The company plans to deploy the technology first in North America and Western Europe initially, with no schedule for other markets. Compatible devices purchased in these markets will, however, have full access to the Iridium constellation. 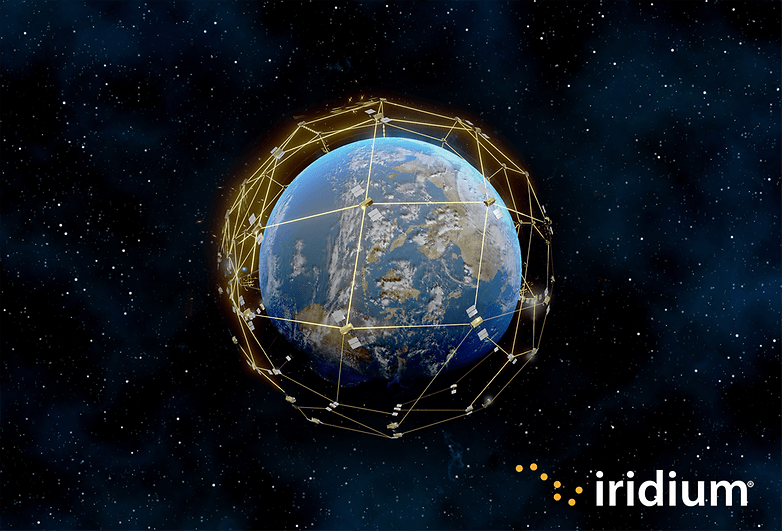 Iridium promises coverage even at the poles and over the oceans, thanks to inter-satellite links / © Iridium

Iridium’s service is similar to that of Globalstar (curiously a spin-off from Qualcomm). However, Qualcomm’s Grilli was quick to point out that his partners’ coverage is superior, thanks to the use of more satellites in lower orbit and the absence of terrestrial gateways. .

“No point on the globe is without a signal,” said Qualcomm, which found coverage in the poles and in the middle of the oceans.

Messages passing through the system can take up to 10 seconds to be delivered, but Qualcomm announced an average time of 3s for SMS. Screenshots shared by the company show a 140-character limit for the initial Snapdragon Satellite app. 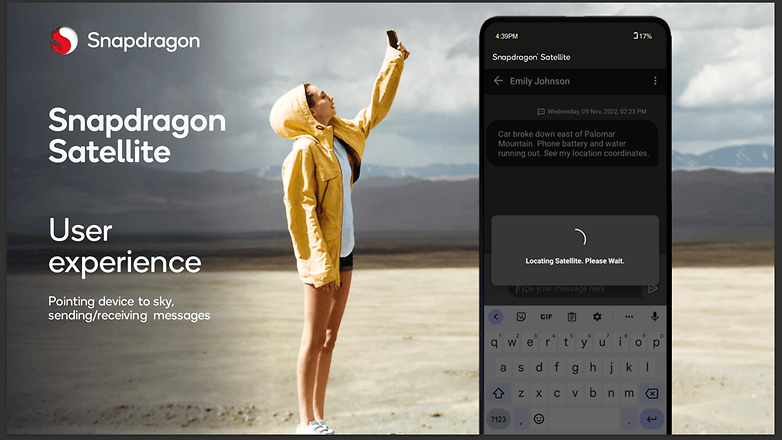 Initially, the service will be based on a standalone application for Android, with an interface to locate the nearest satellite / © Qualcomm.

Operation via a stand-alone application

Snapdragon Satellite’s capabilities are broadly similar to Apple’s Emergency SOS feature. As soon as you are out of cellular or Wifi coverage, a special interface will appear for you to direct your smartphone to the nearest satellite.

At first, the service will require the use of a standalone app, which can send and receive (two-way communication) short text messages, unlike Apple’s service.

Going forward, Qualcomm imagines the feature will be better integrated into the OS, suggesting it could be triggered in a more automated way. There are currently no plans to offer Snapdragon Satellite as an Android API, but that may change in the (distant) future. 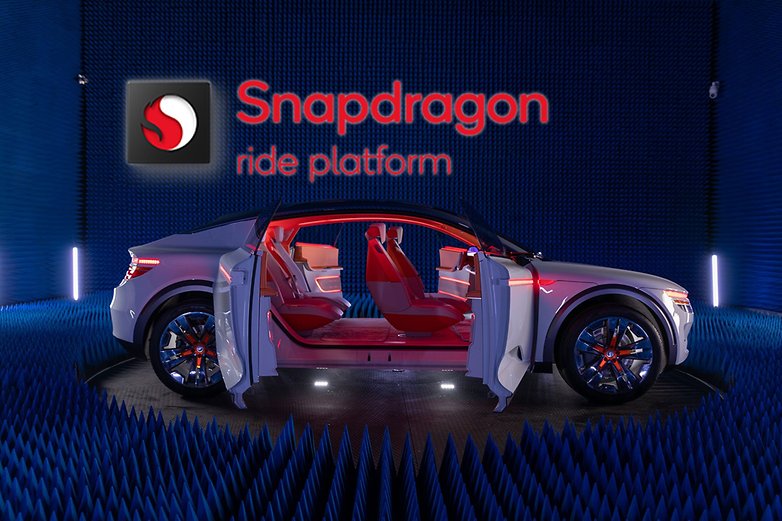 The concept car is not included in the service / © Qualcomm

Among its other CES 2023 new releases, Qualcomm also announced the Snapdragon Ride Flex family of SoCs. It can be adapted for a variety of uses, including feeding information to digital cockpits and even automated driving (AD).

This positions Qualcomm against Nvidia, whose Tegra systems already equip connected cars. Qualcomm plans to launch production of its automotive platform in 2024.

Google Pixel 7A: the next cheap smartphone we want in Portugal

In Asia, the Joker was named the favorite character of Persona 5 Royal

Ninja Gaiden: Is Platinum Games working on a reboot of the series?

One Piece Odyssey: the next video game can be tested for free, the new info

The Joker tries on the costume of Batman: the figurine of the eccentric villain of Gotham is presented