From Rival Schools to Bloody Roar: the fighting games we’d like to see right away

In the colorful world of fighting games it often happened to come across gems of rare beauty: daring experiments that unfortunately did not meet with the favor of the public, were not publicized in the correct way or, simply, were “too advanced” to the period in which they arrived on the market. The world of fighting games has expanded dramatically in recent years, and this could convince some software houses to bring back old franchises that made the history of the 90s or, why not, restore partnerships that a few years ago would have at least risky results.

Here are some of the titles of the past which, thanks to their innovative ideas, would bring a breath of fresh air into the modern fighting game scene. Before continuing, know that our ranking embraces the IPs that lack a current gen incarnation, and on which the developers have not provided updates for over a decade. We will therefore not talk about fighting games like Virtua Fighter or Killer Instinct, which have received an update or a new version in the recent past.

This forgotten Capcom franchise, of which an animated series was also made, is such an experimental title that it could have created a fighting genre in its own right, but unfortunately it is closely linked to the unfortunate Dreamcast console, with all the consequences of the case in terms of diffusion. It is a hybrid between an arena fighter and a smash like. The characters move in a highly interactive three-dimensional stage, collecting objects, powering up but also performing maneuvers and combos that would not look out of place in a traditional fighting game. In fact, the game has a “hit” counter to allow you to precisely establish which sequences of shots to perform, unlike Smash Bros where everything is left to the player’s experience. This balance of seriousness and humor provided hours of fun for up to four players and is still one of Capcom’s most beloved titles today. Unfortunately, the series was abandoned after the second chapter, and there are no elements that suggest an interest from the Japanese developer in a remake or sequel.

Other titles, such as Destrega or Unholy War, have tried over the years to give their own reading of this sub-genre, without however enjoying great success.

Also in this case we are talking about a historic Capcom franchise, a fighting game with a distinctly Japanese character that has made anime and manga fans from all over the world happy. Set in the fictional town of Aoharu, the title stars Batsu of Taiyo High School and revolves around mysterious student abductions by the elite Justice High and its principal.

Rival Schools is a delightful homage to the tradition of shonen anime set in a school setting, featuring representatives of different schools competing against each other in a tag team setting, with supers, aerial combos and combined attacks. We could define it as the perfect synthesis between an exponent of the Street Fighter series and Marvel vs Capcom. The narrative context is well outlined and the characters, although stereotyped, are well characterized and amusing. From the thoughtful Kyosuke to the volleyball player Natsu, the roster is a riot of references to the most famous anime of the 90s. There is nothing more amusing than seeing a language teacher perform a Shoryuken or recovering life points following special massages from the school nurse.

The presence of specific storylines for each educational institution guarantees considerable longevity and an unusual amount of dialogues and interactions for a fighting game. With one of the best soundtracks ever made by Capcom and a splendid opening sung by Isao Bito, the student fistfights have enthralled countless players of the PlayStation era. Inside the roster there is also the most famous high school girl in the world of fighting games: Sakura Kasugano, guest character of the well-known Street Fighter series. Unfortunately the second chapter of the saga, called Project Justice, pushed too much on the absurdity made in Japan, making certain techniques almost caricatures and not meeting the favor of the Western public.

However, unlike Power Stone, the Rival Schools series has never been forgotten by Capcom. Batsu joined the launch roster of Tatsunoko vs Capcom, while Akira – one of the playable students – was one of the last characters added to Street Fighter V, effectively marking the merger of the two universes into a single canon (as was already happened with Final Fight). With the huge flop of Marvel vs Capcom Infinite (here the review of Marvel vs Capcom Infinite) the community was almost orphaned of tag team fighting games. What better occasion to dust off one of the most iconic titles of the past?

Universally recognized as one of the deepest and most varied fighting games and supported by a large group of fans clamoring for a third chapter or a remaster with rollback of the second, this unforgettable crossover was certainly too far ahead for the era in which we it was entertaining. In addition to the undoubted charm of seeing clashes between Kyo Kusanagi and Ryu, Ken and Terry Bogard, Rugal and Akuma, the game’s combat system included all the technical acquisitions of the two development houses and allowed the player full freedom through his own system of “Groove”. The six Grooves available were inspired by six fighting games from SNK or Capcom. It was therefore possible, for example, to use a Fatal Fury character and equip him with a parry a la Street Fighter Third Strike, or still show off a Ryu based on dodges and rolls as in the best King of Fighters. The combinations of fighting styles and characters were countless, despite the overwhelming predominance of certain Grooves within the tournament circuits. The legendary crossover had some balance issues, but nothing that couldn’t be fixed through a patch or a 2.0 release.

SNK’s recent resurgence could make it a desirable partner for Ken and Ryu’s home again, and audiences would surely cheer for a third iteration of this much-loved saga.

Developed by the now defunct Hudson Soft (now integrated into Konami), Bloody Roar is still present in the collective imagination for a simple feature, which however has never been revived elsewhere: the characters had the ability to transform into animals, changing not only its appearance but also the moveset. Unlike Tekken or Virtua Fighter, the beastly creature Hudson could boast a less realistic and therefore more dynamic and arcade style. The combos present in this title are in fact still today among the most spectacular in the fighting game field, while the management of the transformations added an unprecedented brushstroke of strategy and resource management to the clashes. In short, a real pity that the series foundered after the first two, excellent, chapters, because the ideas on which it was based differentiated it consistently from any other fighting game on the square.

A return of the saga, perhaps aimed at exploiting the technical marvels of the Unreal Engine 5, could give the franchise the glory it deserves and finally add a contender to the multi-year hegemony of the Tekken series in the 3D field (here the special on the history of Tekken). However, despite the copyright renewal in 2020, we believe Konami has other priorities, between the massive return of Silent Hill and, according to the latest rumors, even Metal Gear Solid.

The absence of this seminal fighting game series from modern lineups is practically inexplicable. With a game system somewhere between an anime fighter and a traditional 2D fighting game, Darkstalkers is the title that gave birth to most of today’s Japanese pro players, committed to mastering extremely difficult combinations and devastating offensive sequences in the most renowned of the Rising Sun. 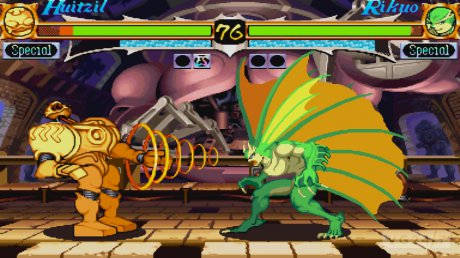 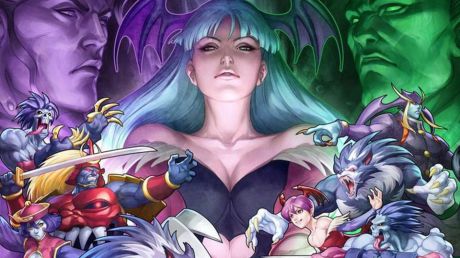 Thanks to an unassailable, frenetic but at the same time reasoned combat system and a roster that takes up and reinterprets some of the most popular creatures of Western and Eastern folklore in a cartoonish key, this trilogy represented the highest peak reached by Capcom in its golden years , but it didn’t survive the arcade crisis of the late 1990s. In reality, the fighting game based on monsters, vampires and succubi from Capcom was the one that, among the productions mentioned, was closest to receiving a further sequel. Yoshinori Ono, in fact, was at the time one of the most influential figures within the Japanese development house. As a huge fan of the saga, he managed to convince the upper floors to hypothesize a sequel, even going so far as to create a beautiful computer graphics teaser, screened during the New York Comic Con and followed by the words “Darkstalkers are not dead”.

However, following the flop of Street Fighter x Tekken and the insufficient sales of Darkstalkers Resurrection (compilation of the old titles created to probe the interest in a possible new chapter), the project unfortunately foundered, and the New York presentation remains the only testimony of something that will probably never see the light of day. In the last ten years, the structure of Capcom has changed radically: with the departure of Ono from the development team, the hopes of seeing Demitri, Morrigan and Lord Riptor fight on our screens in the glory of the current gen have considerably faded. But anyone who has experienced the fighting games of the 90s knows the great relevance of this historic saga and continues to hope for a return. “Darkstalkers are not dead”, at least in the hearts of fans.

Pokémon Scarlet / Purple, Mystery Gift: how to get a random rare item?

Aroged: Vampire thriller Redfall will not repeat Left 4 Dead – the novelty has more in common with Far Cry

The creators of Knights of Honor II: Sovereign showed the gameplay before the release